It is a very beautiful story that the Sales family has just experienced. Eight years after the disappearance of their dog Driver, in Carnac, the latter has just been found more than 500 km away. 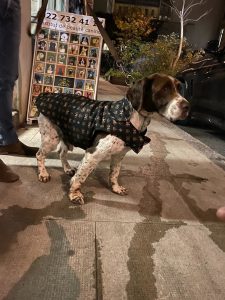 Driver, this 12-year-old Springer dog, had disappeared eight years ago in Carnac. His family has just found him.

Aurélie Sales’s voice is still filled with emotion. His family has just found Driver , their dog who disappeared eight years ago , when they lived in the town of Carnac , in Morbihan .

“A great moment of emotion”
Eric, the father, now lives in Faro , Portugal . Monday, November 23, 2020, he receives a call from the Gennevilliers pound (Hauts-de-Seine) telling him that his dog has just been found.

“At the time, he did not understand,” says his daughter Aurélie. “He rushed to the window but saw that his two dogs were in the garden. ”

It was when the animal’s first name was spoken that it hit the nail on the head. “Driver”. This Springer breed dog was 4 years old when he disappeared. “He had escaped for two hours, had played on the beach before being probably robbed. ”

Driver, this 12-year-old Springer dog, had disappeared eight years ago in Carnac. His family has just found him.

The announcement came as a real shock to the whole family.

My father asked me to take the first ticket to Paris from him. My sister was in Paris and was able to collect it. I took the car from Larmor-Plage where I live to get there as well. And we all met at Orly on Wednesday November 25, 2020. I won’t hide from you that there were tears, it was a great moment of emotion. 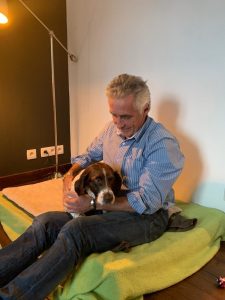 Eric Sales was very moved by this reunion.

Promised to a beautiful retirement
The animal, now 12 years old , has been taken care of by the family. Visits to the veterinarian, grooming, “he was totally scared and in a sorry state”, specifies the one who works as a restaurateur. “In these difficult times, it makes me feel good. ”

But it is undoubtedly Eric the most moved by this reunion:

My father had many hunting dogs. But Driver’s disappearance has always been a question mark. He spoke to us about it two or three times a year. It just goes to show that life has some great surprises in store.

Aurelie Sales
Driver is now promised a nice retirement between Larmor-Plage and Portugal where he will be in the company of two other playmates. “I want the best retirement for my dog,” smiles Eric.