In the middle of the freezing night, passers-by found a stray dog ​​curled up in the snow in a roadside ditch near Chatham, Ont. Covered in snow at -3 degrees, in reality she was not alone, she kept orphaned kittens against her to keep them warm. 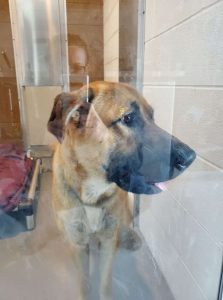 Passers-by then decided to drive them to the local animal shelter to put them to safety and shelter from the freezing cold. Renowned as Serenity by her rescuers, without her intervention, the litter of kittens probably would not have survived. 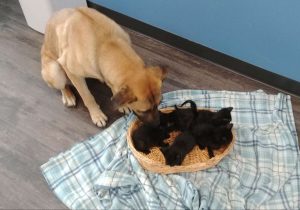 The shelter that took in the orphaned dog and kittens has received numerous adoption requests from across the continent.

The circumstances of the meeting between the dog and the five five-week-old kittens remain a mystery, but their bond has remained intact.. 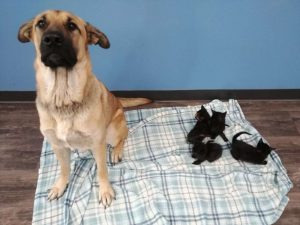 Even after they arrived at the shelter, she continued to look after them like a mother.

Thanks to this brave dog, a tragic end for the kittens has turned into a happy ending.

Watch this video of dogs meeting kittens for the first time.