In late December, Junrell Fuentes Revilla was riding his motorcycle through the mountains near Cebu in the Philippines when a dog started running after him.

The dog barked and barked, desperate for Revilla’s attention. The biker could sense that the dog was trying to tell him something, so he stopped his motorcycle and approached the pup. The dog led Revilla into a dumpsite and toward a little squirming bundle on the ground. “To Revilla’s surprise, he found a baby wrapped in a brown towel,” Gea Ybarita, a staff member at Hope for Strays, told The Dodo. “The location where the baby was found is isolated since it’s on the top of the mountain.”

Revilla scooped up the newborn and rushed the baby to the nearest police station, where the Department of Social Welfare stepped in. Thanks to the dog’s quick thinking, the baby was found just in time and was still in good health.

When the story of the stray dog’s heroism spread to the local news, volunteers with the rescue Hope for Strays rushed into the mountains hoping to find the helpful pup. Instead, they came across a man who claimed the dog, named Blacky, belonged to him.

“He showed us the way to his home and to our surprise, Blacky was there with three other dogs,” Ybarita said. “We’ve confirmed he is not a stray at all.” 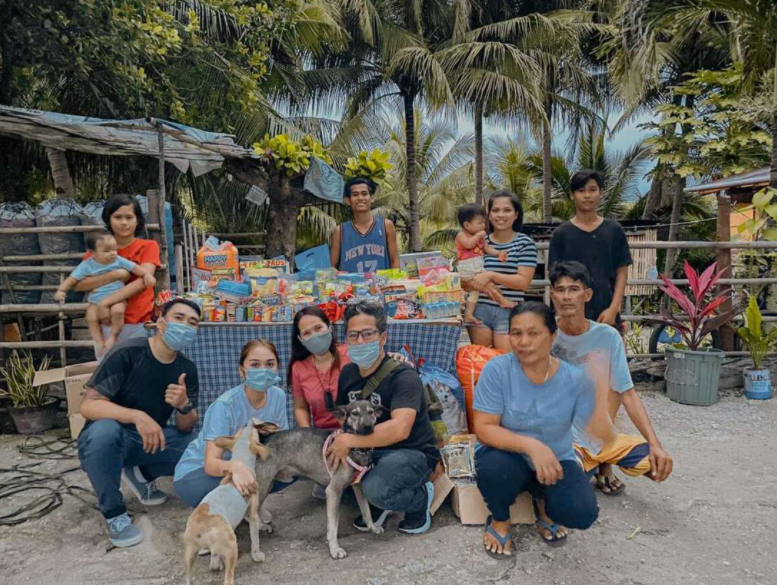 The rescue workers were relieved that Blacky had a loving home, but it was apparent the dog and his family still needed help. “[Blacky’s owner] stated, ‘No matter how hard life is, even though I’m poor, I feed all of my dogs and take care of them well,’” Ybarita said.

Blacky and his family have since received an outpouring of support from the community, including donations of food, pet supplies and more. While Blacky may not know it, he’s changed the future for him, his family and one very lucky baby girl.

For more information on how to help stray dogs in the Philippines, follow Hope for Strays on Facebook.