When Poppy was very young, she sustained a terrible injury that crushed her spine and left her back legs unusable. It’s likely she was trampled by an animal, or perhaps kicked by someone cruel. She dealt with her injury for weeks, maybe even months, before she dragged herself to a remote research camp, desperately seeking help.

Susanne Vogel works at an elephant research camp in the northern Okavango region of Botswana, and was shocked when she and her coworkers spotted Poppy, slowly making her way into their camp. 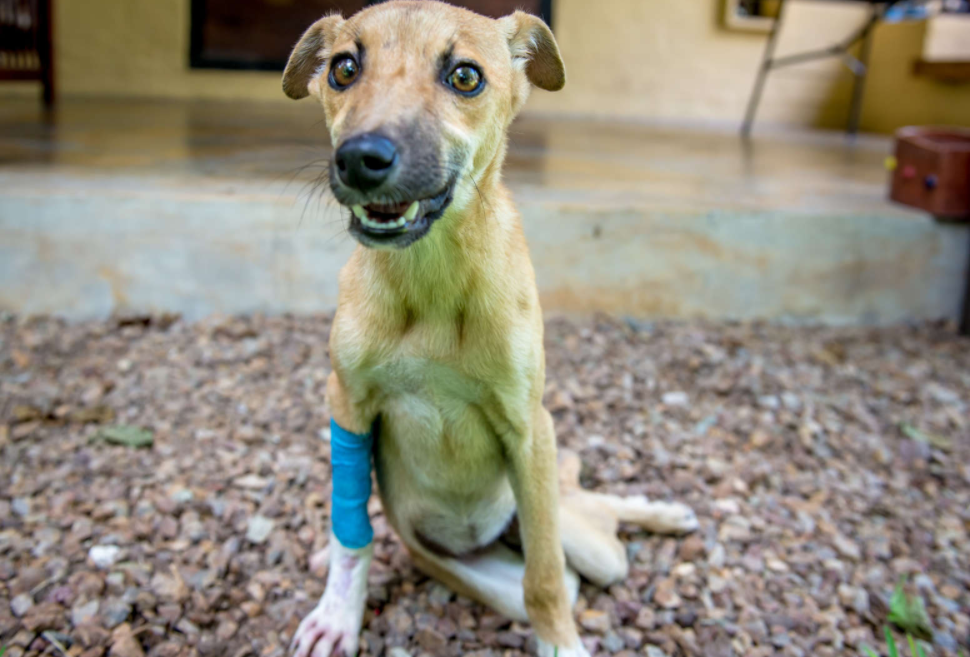 “She came crawling – literally crawling, because her back legs were completely immobilized – into our research camp,” Vogel told The Dodo. “She was unable to walk, but full of love and seeking help.”

Vogel and her coworkers immediately took Poppy in and cared for her the best they could. The nearest veterinarian was an eight-hour drive away, and they watched over her for a few days until they had time to make the drive, still shocked that she had survived her injuries and the journey to their camp. 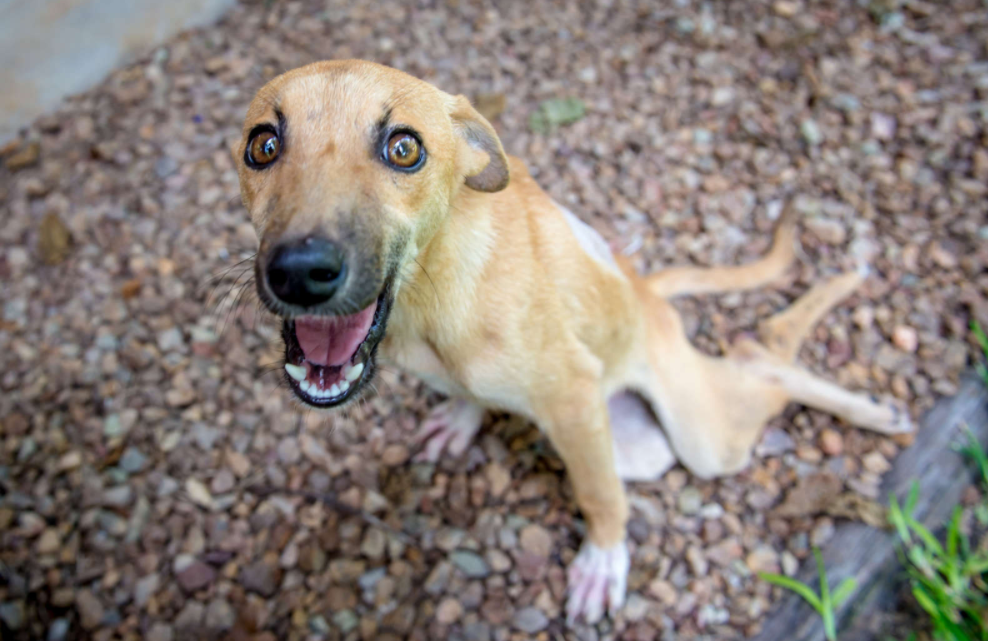 “The camp is in a remote region, filled with elephants, but also lions, hyenas and other predators,” Vogel said. “Poppy had somehow made it to us, emaciated and soaking wet from the rain.”

After she battled her way there, avoiding predators and further injury, her rescuers knew they had to help her heal as best they could. 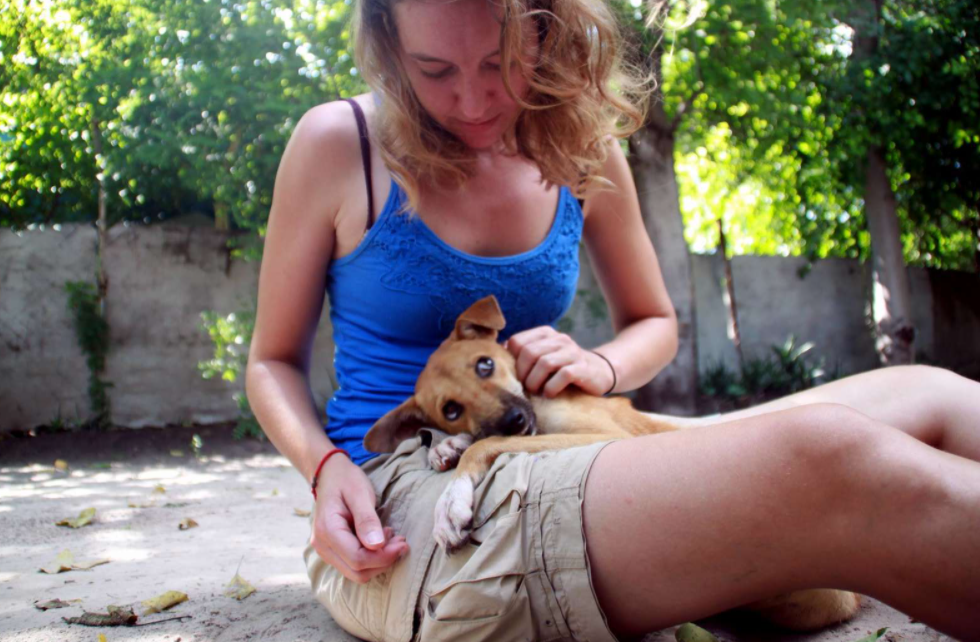 Finally, Poppy and one of her new friends, Graham McCulloch, made the eight-hour drive over dangerous roads and then took a ferry across a river to the nearest veterinary clinic. The vet determined that Poppy was around 7 months old, and would eventually need surgery to fix her injured spine. A member of the team, Amanda Stronza, set up a GoFundMe to raise the money needed, while Poppy continued to grow stronger every single day.

“He said the chances were ‘slim’ she could make it through the surgery or recovery afterward,” Stronza said. “But she had so much life in her, and I knew we needed to honor her will to live and the hard fight she had already fought to find us and stay alive. I couldn’t agree to euthanize her.” 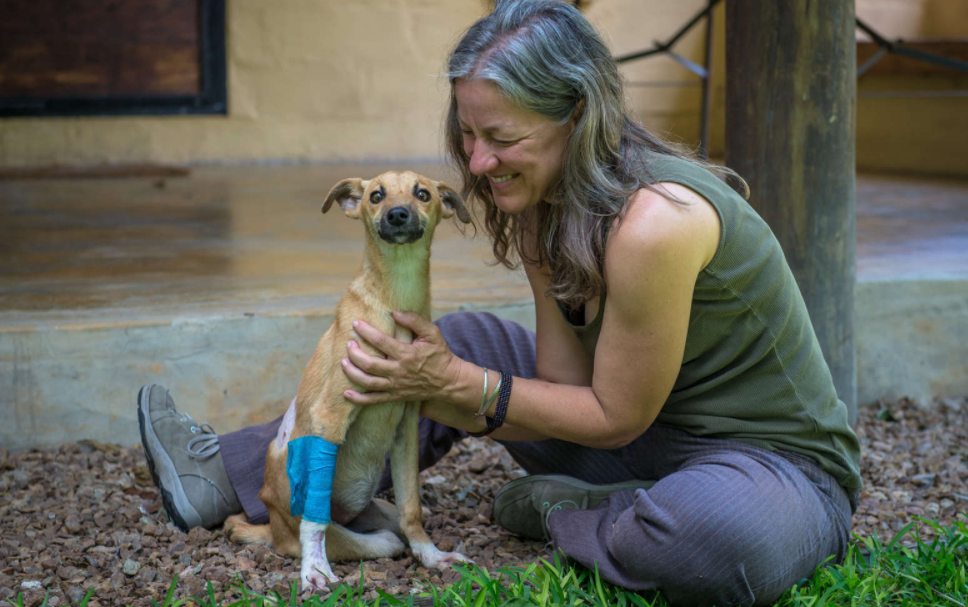 After a few days of good food, lots of water and anti-inflammatory medicine, Poppy’s condition improved greatly, and the vet decided it would be best to let her continue regaining her strength for a while before attempting the risky surgery. Poppy shocks her rescuers every day with her progress, including being able to put the tiniest bit of weight on her back legs. They knew from the moment they met her she was special, but they never imagined just how far she’d come. 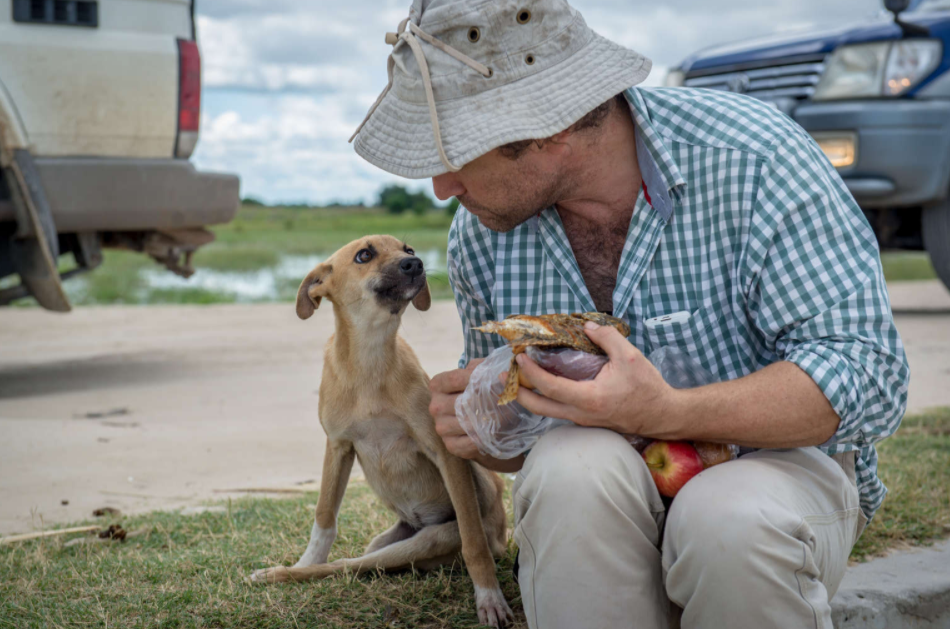 “Her eyes pulled us in immediately,” Stronza said. “They are huge, imploring, and sparkling with life. She bursts with the sweetest spirit, and we could see that clearly, despite the desperate condition she was in.” 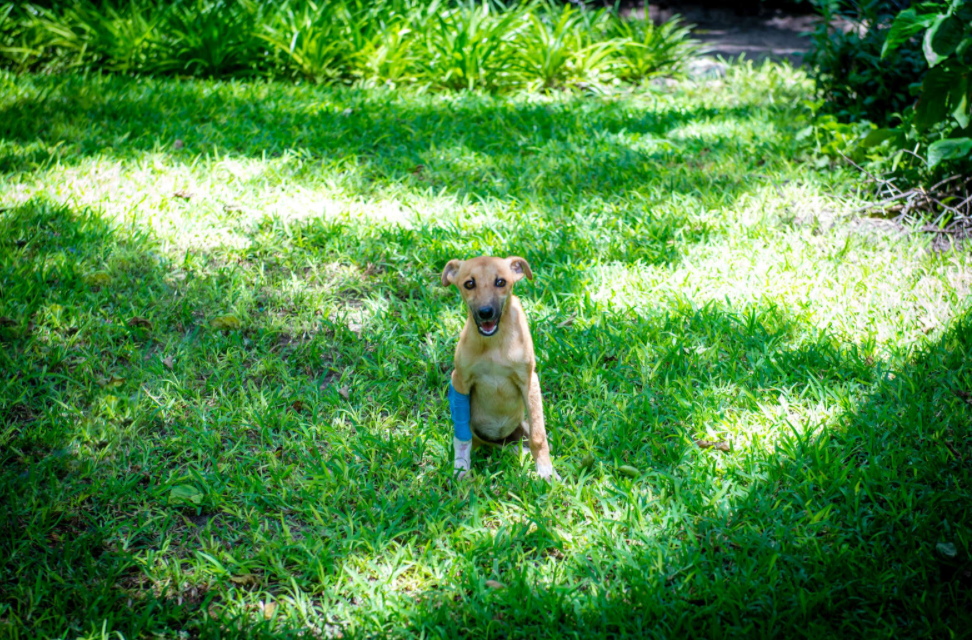 Poppy is now staying with her friends in Botswana while she gains back her health and strength, and, in a month, her rescuers will assess how she’s doing, see what makes the most sense and go from there. Regardless, they have high hopes for Poppy, the tiny dog who simply refuses to give up.

“She already has so many people all over the world who love her from a distance and are checking on her progress daily and are eager to see a happy outcome, namely adoption into a loving family,” Stronza said. “She will regain her ability to walk, or she will gain wheels to help her around. I think she has a bright future!”