Beryl is far from your ordinary cow. For one, she thinks she’s a dog – after all, she grew up side by side with two puppies. 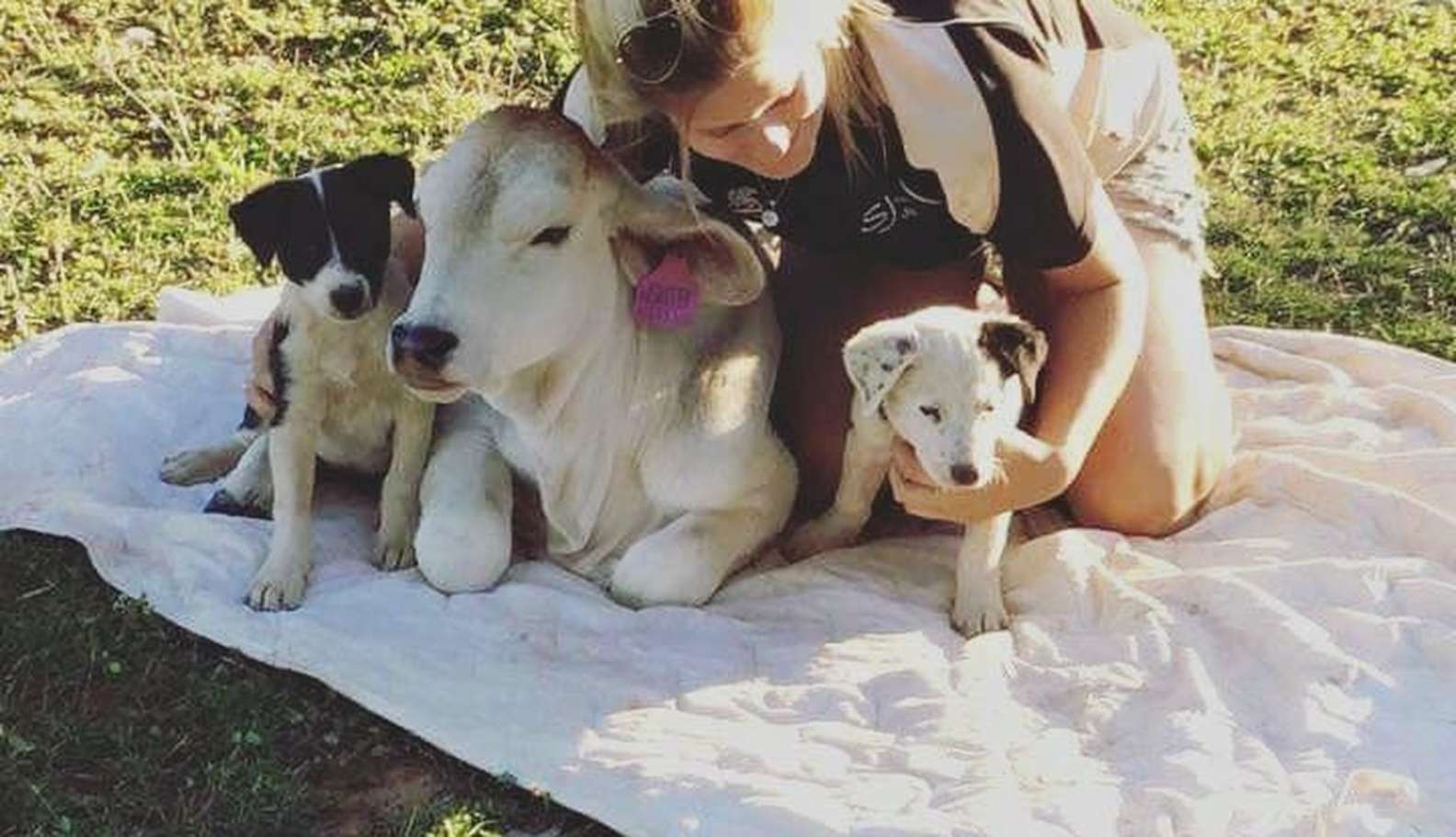 Still, that didn’t prepare Sally Webster, an Australian ranch owner, for the surprise the 8-month-old Brahman gave her when she returned home from grocery shopping one day. 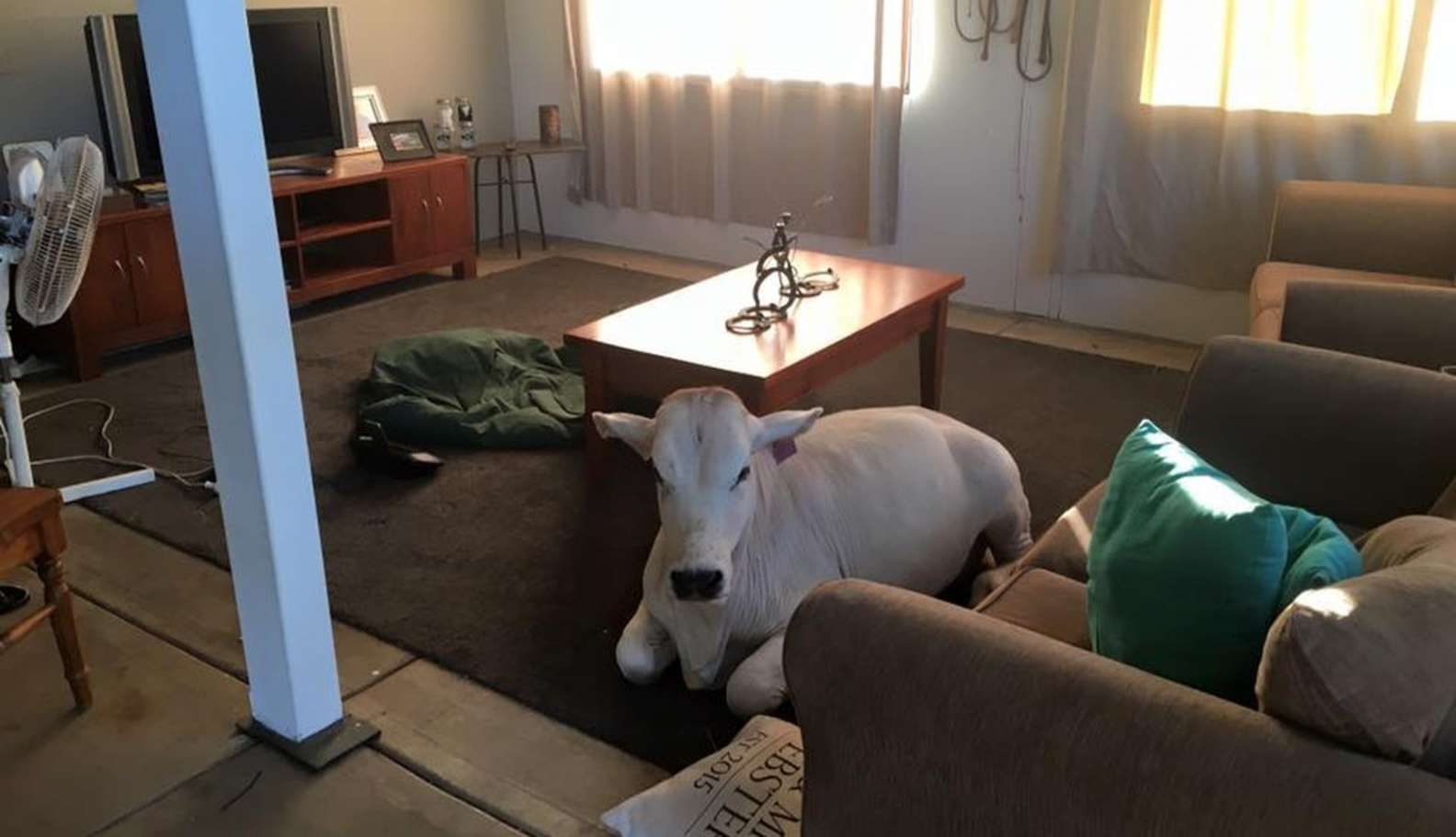 “She just likes to try and get in when she sees an open door,” Webster told The Dodo. 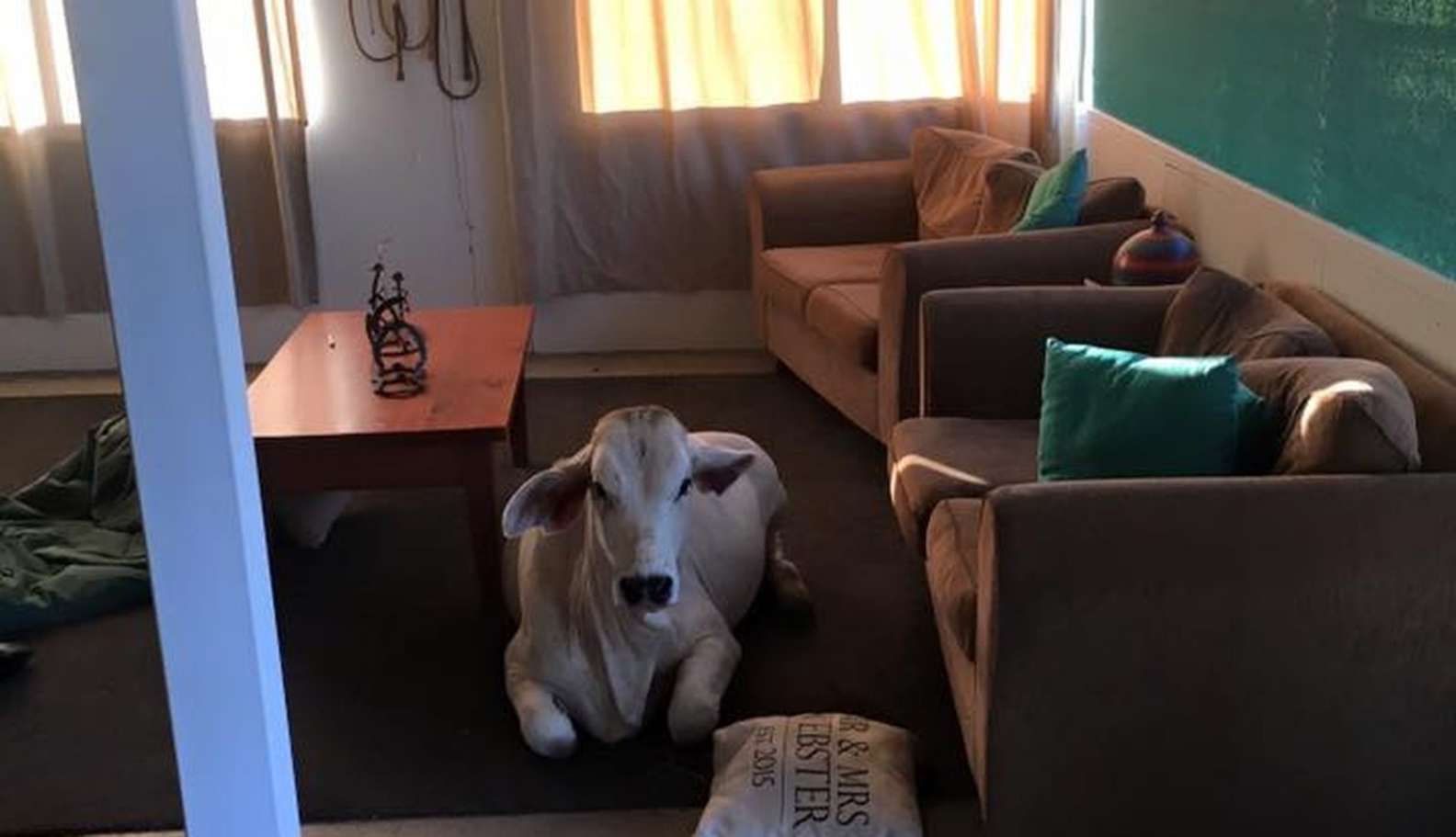 “She has an amazing memory and is very smart, so she knows where the calf milk lives in the laundry. The day she was caught in the lounge took me by surprise. I really didn’t expect to see her making herself comfortable sitting on the carpet,” she said. 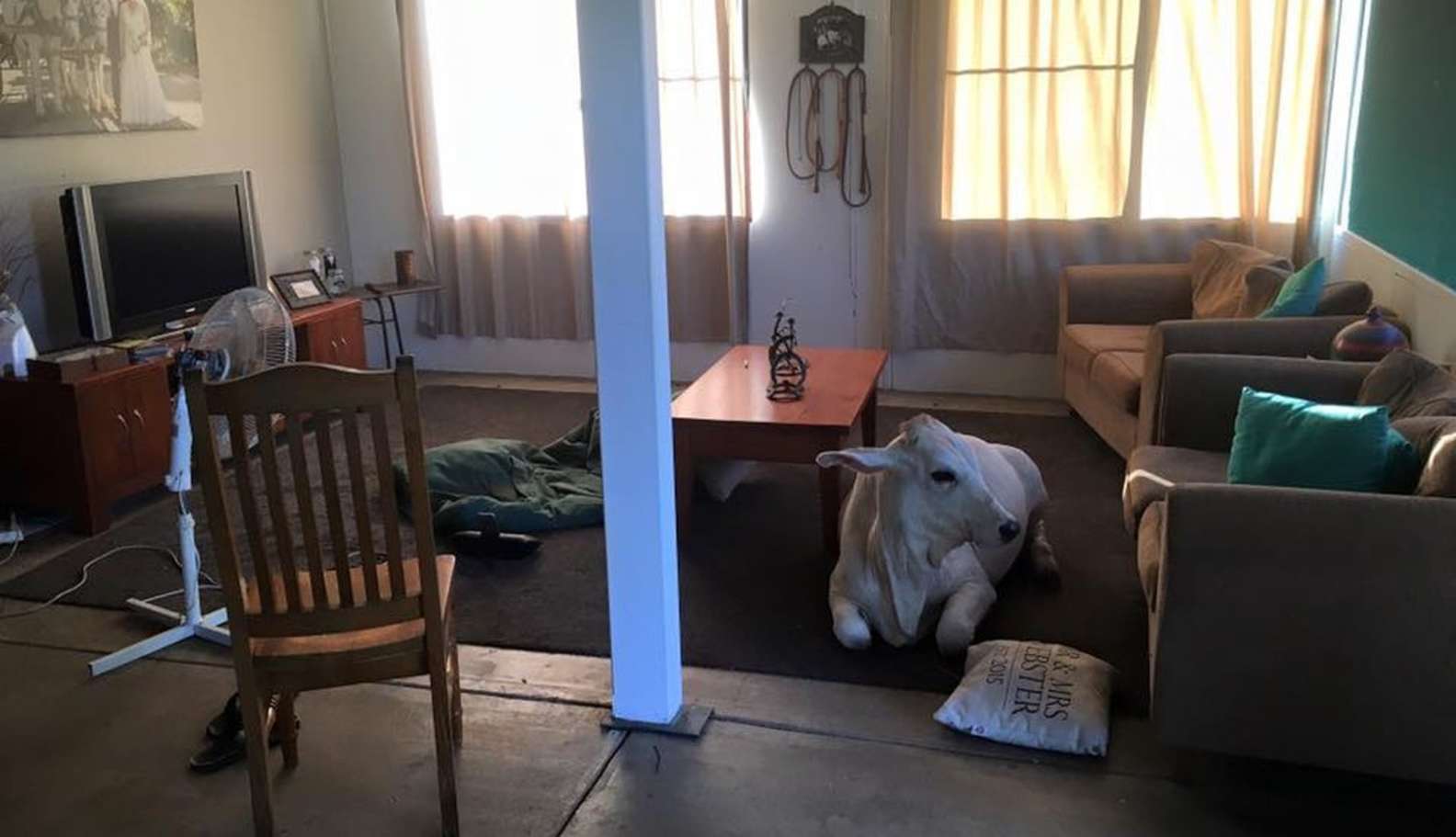 Beryl is not only smart, but well-behaved: There was no mess or broken items when Webster found her sitting in the middle of the living room. Apparently, the cow had broken in only to wait. 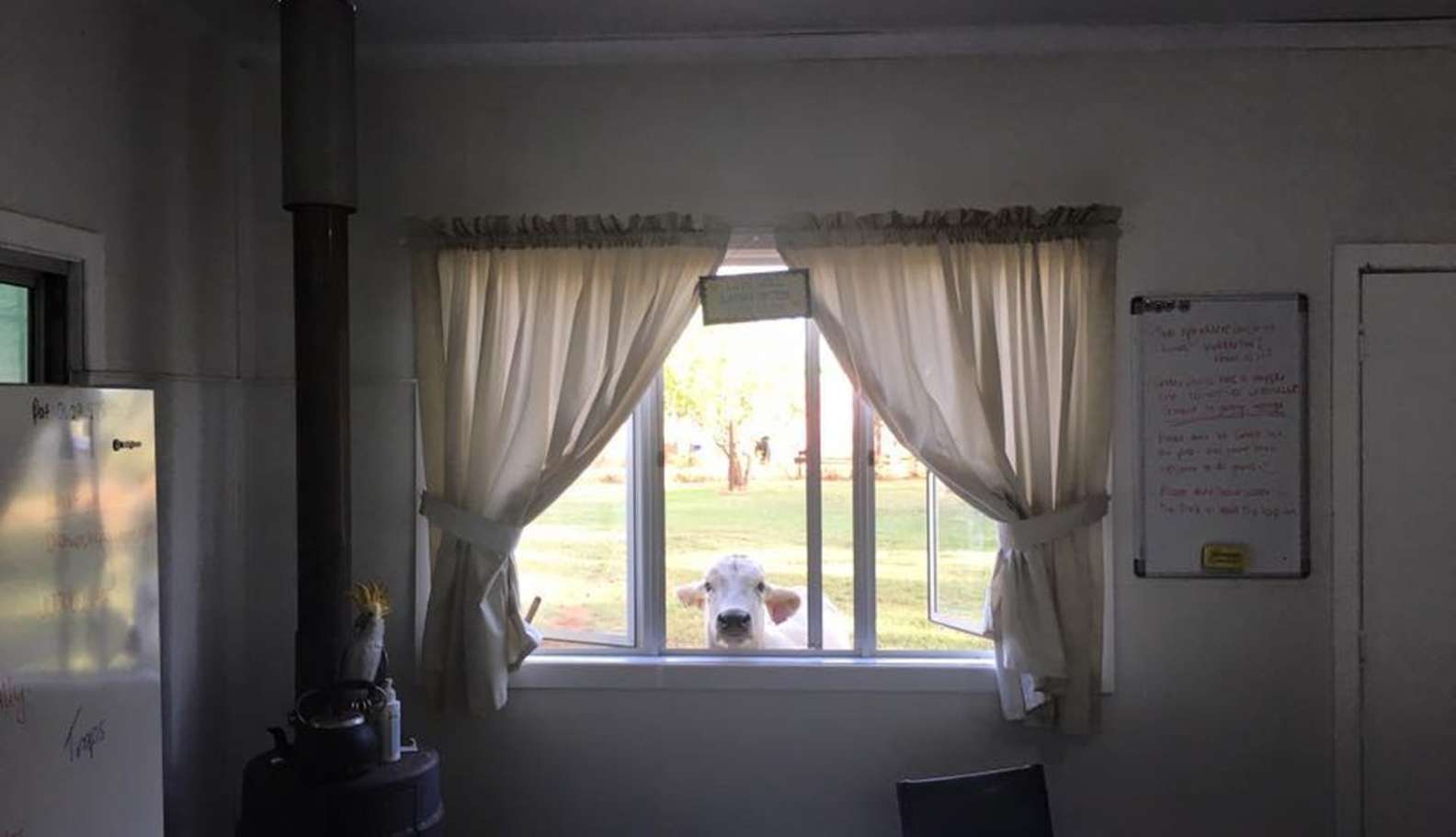 “But really, she isn’t meant to be inside,” Webster said. “She’s just cheeky.” 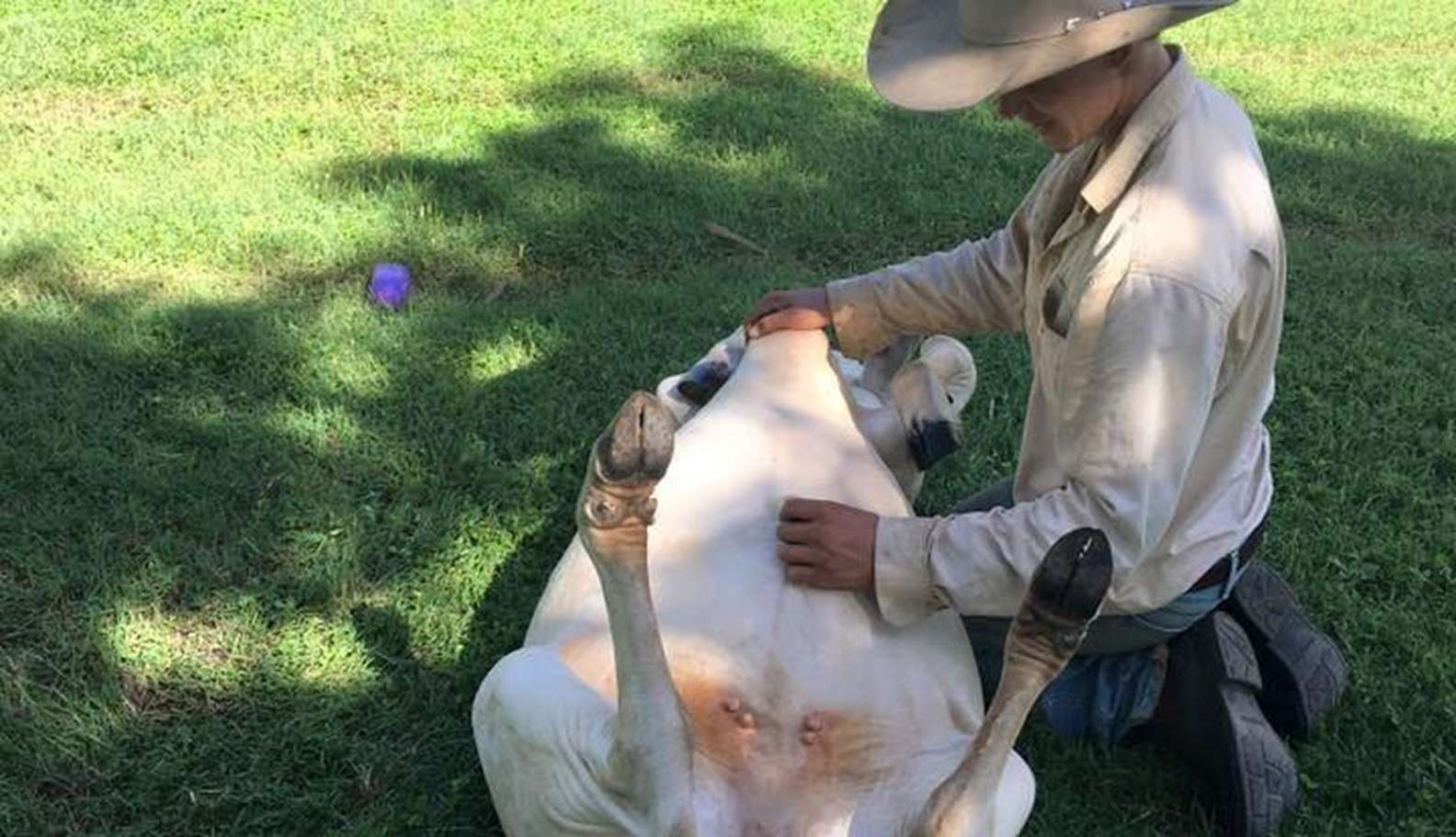 Webster also added that she thinks Beryl likes to get comfortable on carpets because as a baby, she had her own blanket she used to sleep on every night. 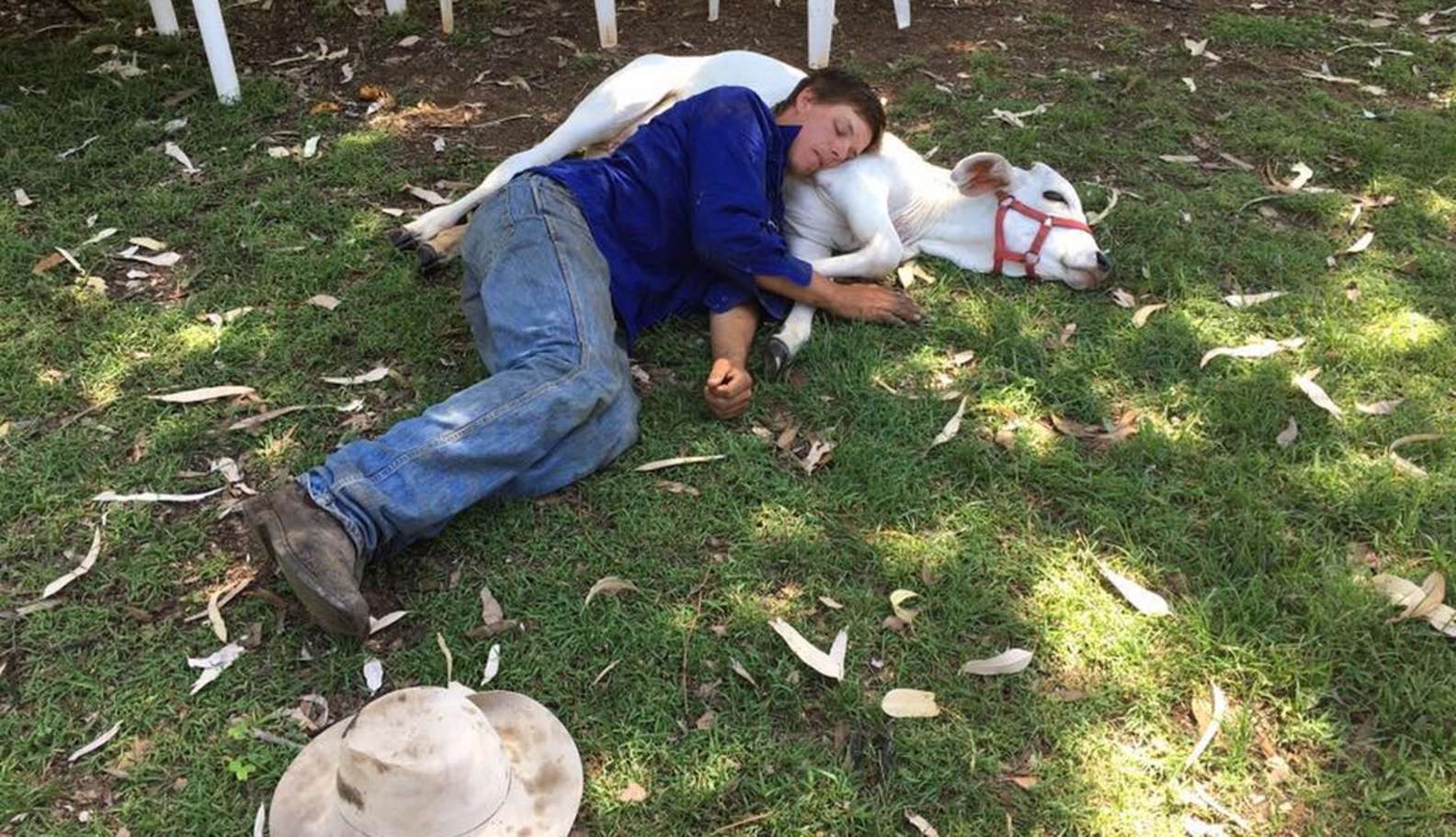 Beryl was born in August 2015. Her mother passed away from complications after her birth, leaving her an orphan at just 2 days old. 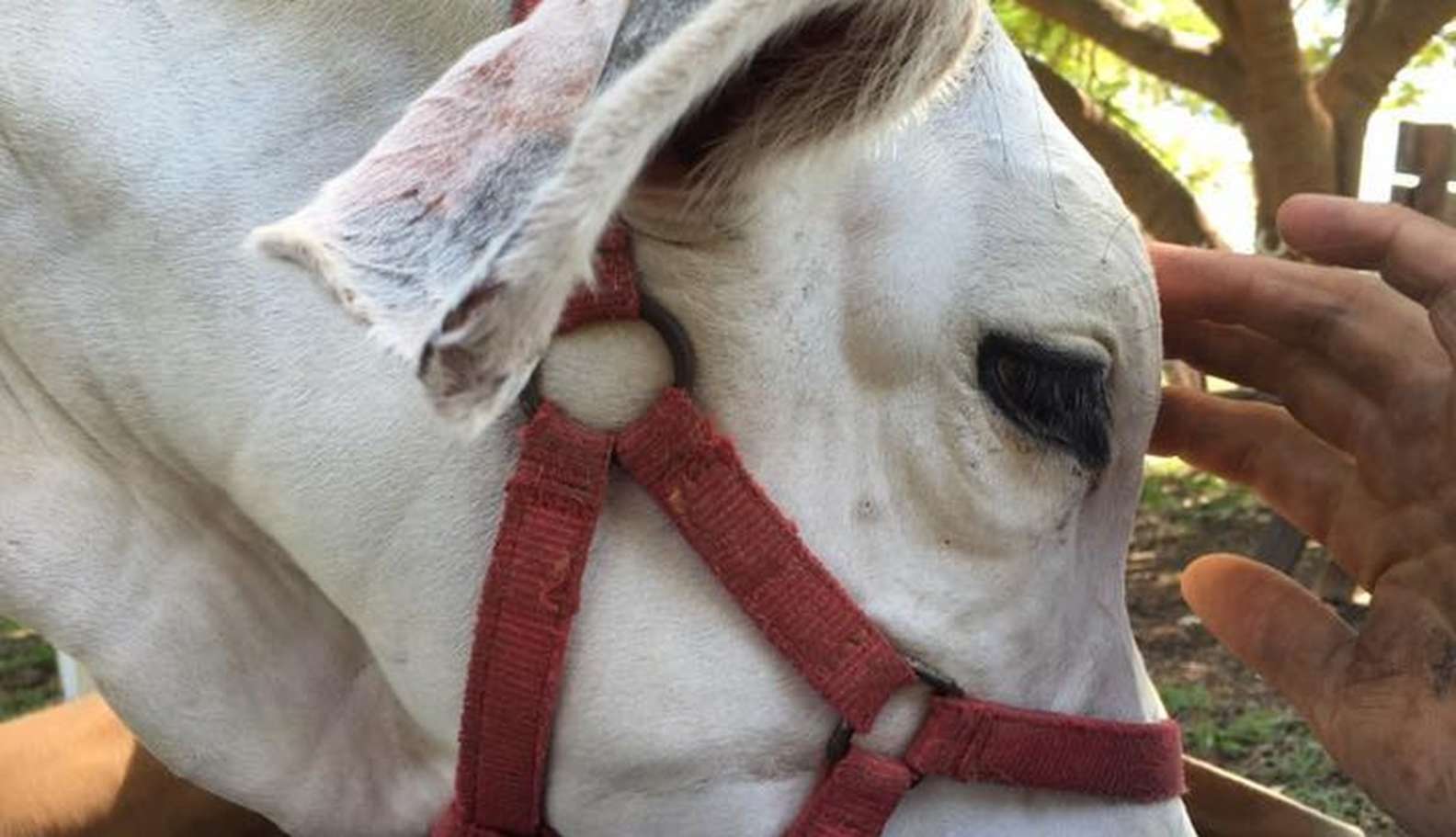 Webster took Beryl into the warmth of her home and bottle-fed the calf herself, raising her indoors until she was big and strong enough to live and graze outside.

But that hasn’t stopped her from forgetting the comforts of home. 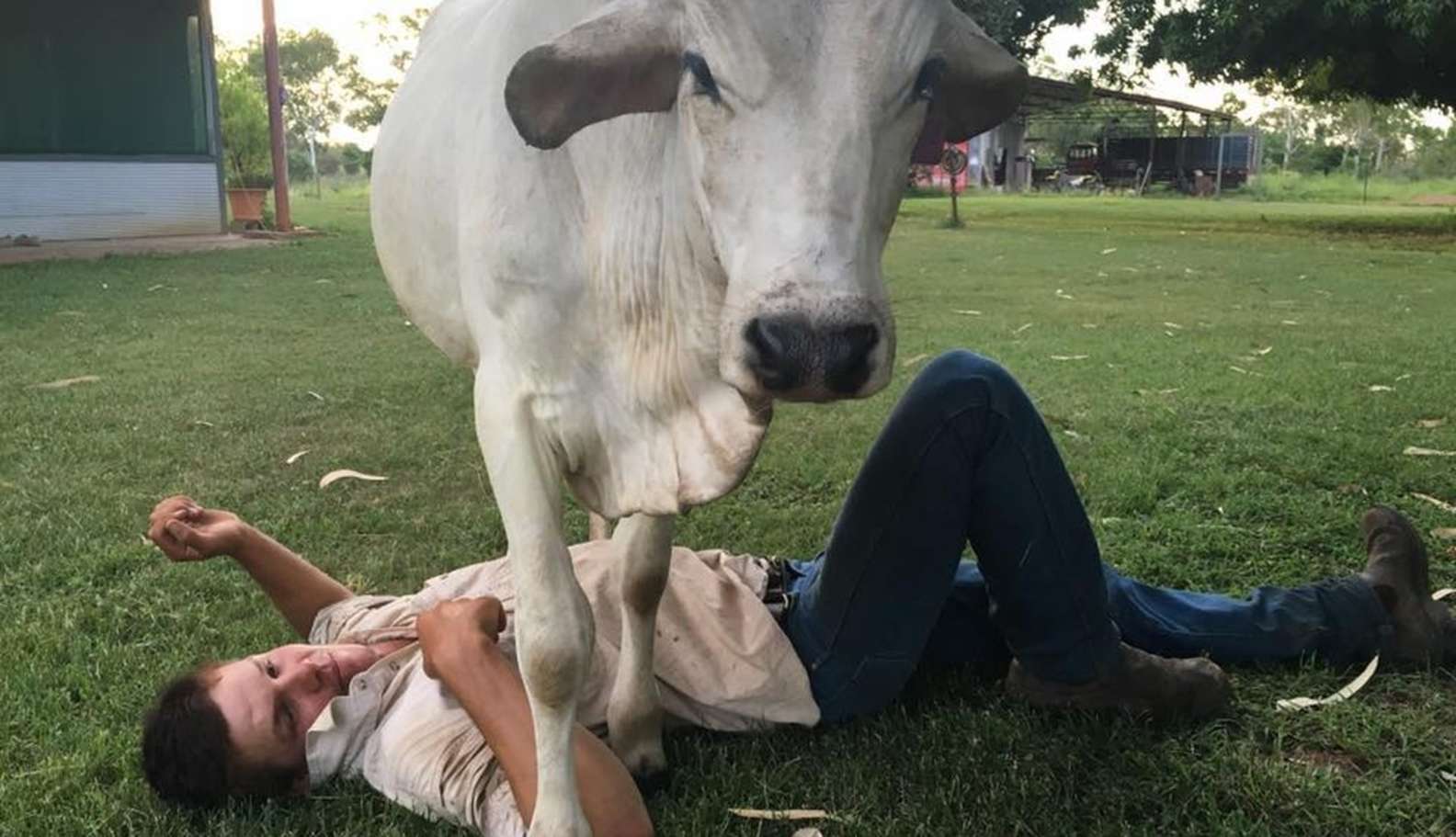 “She knows mine and my husband’s voice,” Webster said. “She can be outside grazing out of view and we can call out her name, and she will always bellow back, in a way to reply. Or come to the house.” 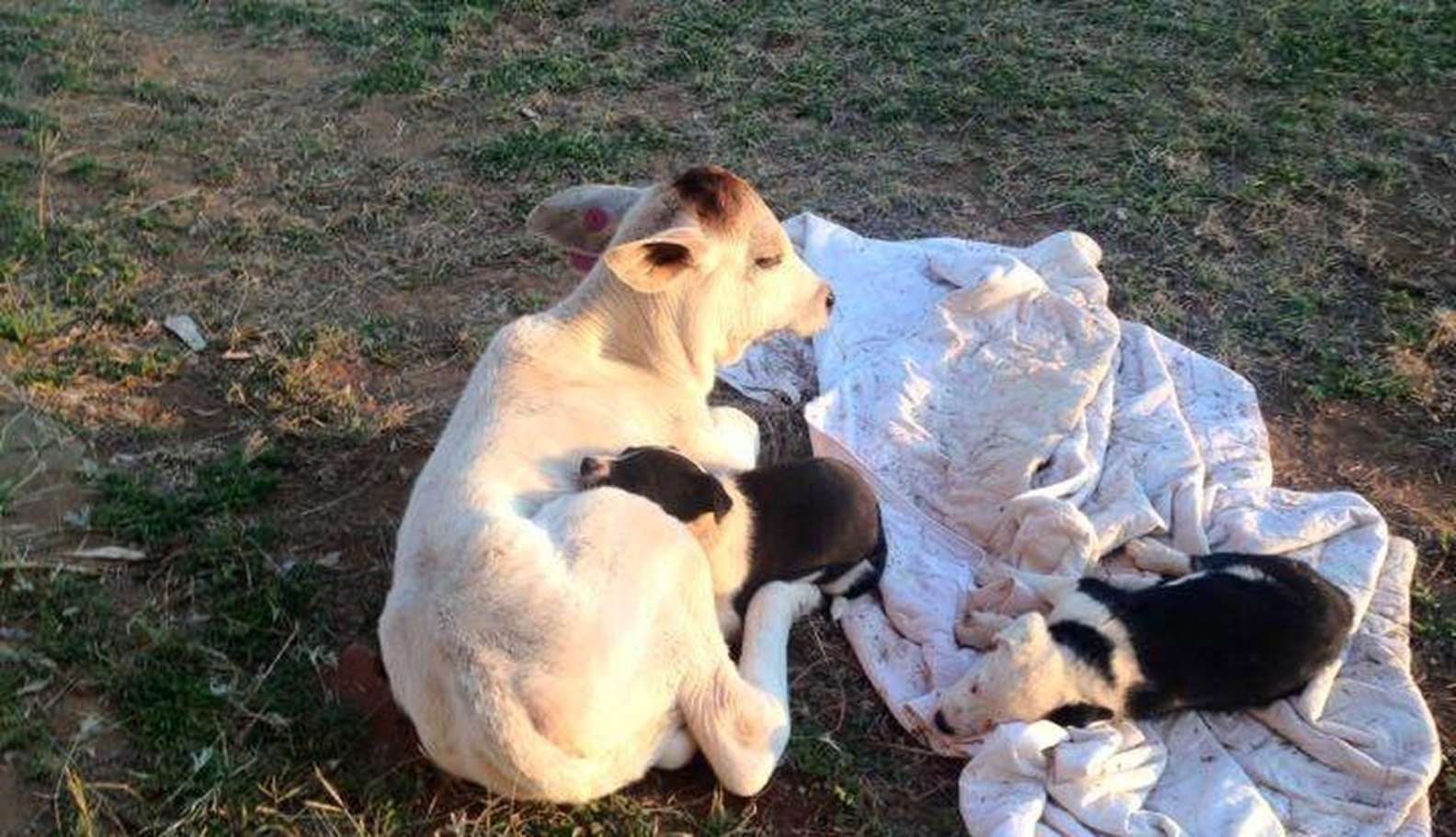 Beryl is especially fond of the two puppies she grew up with – Fred and Wilma. 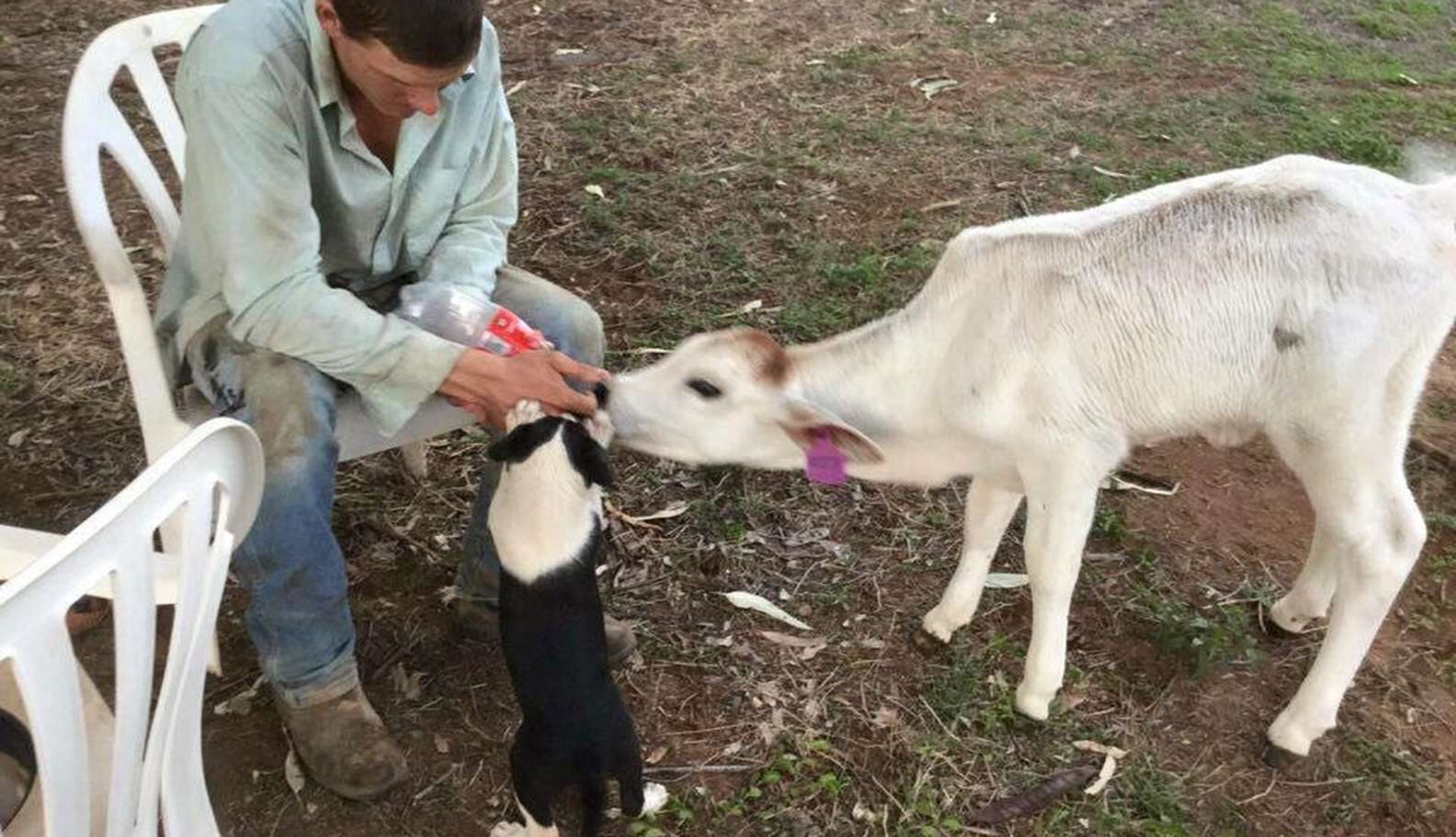 “They still like to cuddle in with Beryl and give her lots of licks,” Webster said. 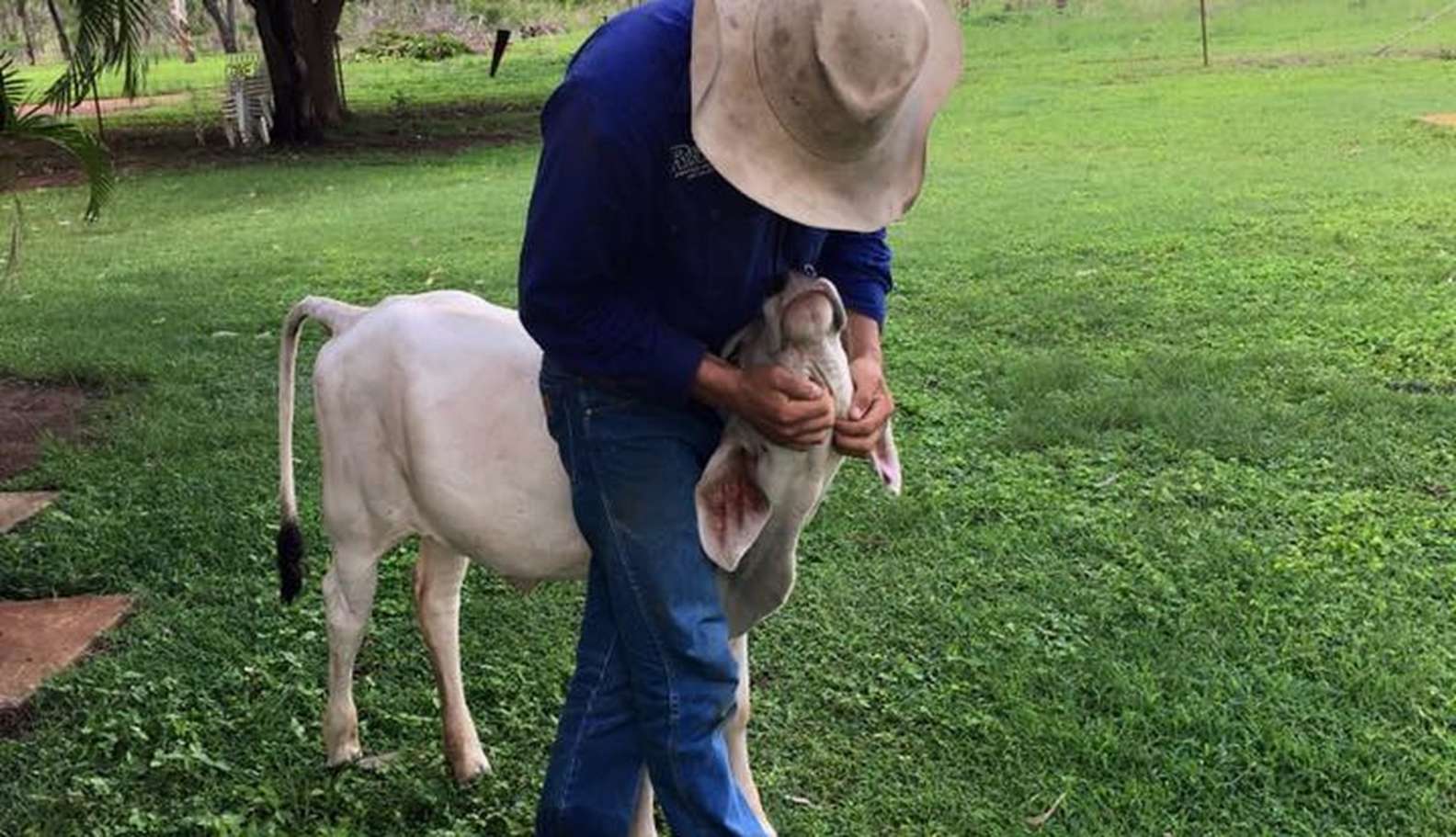 You can keep up with Beryl’s adventures with her family on Facebook.

Check out this video of the amazing moment when two men saw a cow’s head stuck in a tree and rushed to get her free: