Please share and pass this story onto a friend or family member above!

Explorers Cedar Wright and Alex Honnold are known for their expeditions called “Sufferfest”, which are dubbed as one of the toughest survival adventures on brutal terrains. During one of their treks to California’s rocky peaks, the pair encountered an abandoned puppy living in a discarded old tire. 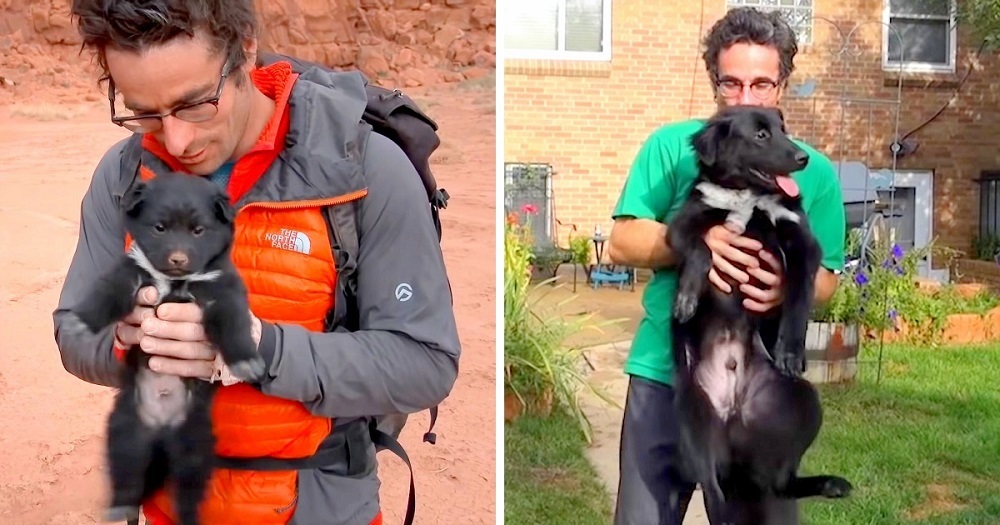 The rest of the trip became an intense bonding session between Sufferpup and the adventurers. Even in the hostile climate, Sufferpup started looking better in the. . . Click To Continue Reading This Story and Watch The Video.

The rest of the trip became an intense bonding session between Sufferpup and the adventurers. Even in the hostile climate, Sufferpup started looking better in the loving company of his 2 rescuers. As for Cedar and Alex, whenever the going got tough, the pair would find solace in the cuddly company of their new furry buddy!

When the trip came to an end, the men were overcome with worry about Sufferpup’s well-being. Eventually, they found him a forever home with a friend in Boulder, Colorado. Today, Sufferpup is a big boy in his new home and spreads non-stop happiness with his contagious smiles. We’re so glad the rescuers found and saved this puppy!

Click the video below to watch the incredibly uplifting story of Sufferpup and his many adventures!