A retiring soldier was left in tears when his military dog refused to let go of him after spending two years in training together.

Da Mao, a three-year-old golden retriever, spent most of his time with his handler Jia Chuan at the Mobile Division of Armed Police in China.

The pair went through rigorous training exercises to ensure Da Mao could carry out search and rescue missions at emergency events.

But Chuan was due to retire after serving eight years in the army and had to bid farewell to his four-legged partner. 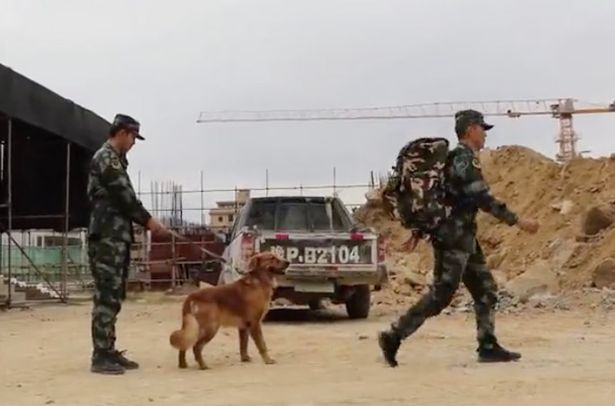 In the clip, Chuan is seen carrying a backpack and saluting a fellow soldier as he prepares to hand over Da Mao.

He turns around and walks off after giving a pat on the pooch’s head.

But the loyal canine can not bear the separation and breaks free from the leash, dashing across the ground to give his handler a final hug.

Da Mao wags his tails and jumps up to give the soldier a kiss, leaving Chuan in tears before Da Mao’s new handler runs to separate the pair.

The clip has touched viewers’ hearts as they praised Da Mao and Jia Chuan’s incredible bond. 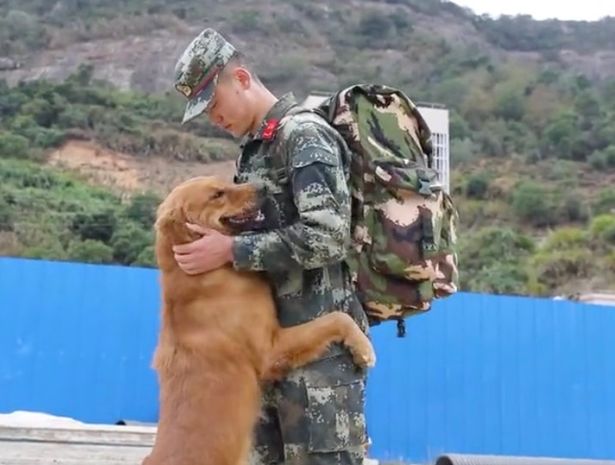 One wrote: “The dog knows everything, only if he can speak…”

“They are really man’s best companion,” another added. “We don’t deserve dogs.”

This comes after another loyal pooch following his owner’s wedding convoy and ran nearly six miles for 20 minutes.

Fugui the mutt left viewers amazed as he watched owner Fu Xi leaving the house to the wedding ceremony.