Have you ever wanted something so badly that you would voluntarily do anything to acquire it? It could be a job, a car, or someone you love… No matter what it is, it surely is something huge. But for this stray dog in North Carolina, all he wished for was simply just a toy. 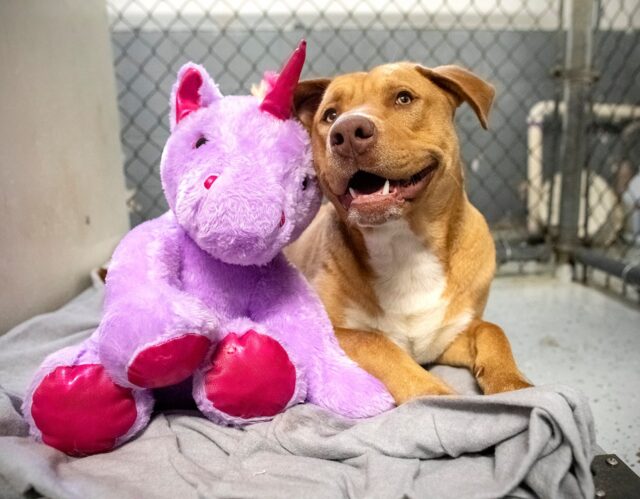 The Labrador Retriever mix saw a stuffed animal inside a Dollar General and immediately fell in love mysteriously. It was a big, purple unicorn that looked sweet and charming just like the pooch himself. He didn’t even bother to take a look at other colorful toys in the variety store, it must be the unicorn, and the unicorn only.

So every day, after all of the customers were gone and they were about to close the doors, the determined dog sneaked in and headed straight to his grail. Even though the hell-bent dog didn’t successfully take his buddy away, he was so lucky that the store noticed him and decided to call the Duplin County Animal Control. Right after hearing about his case, Samantha Lane and Joe Newburn jumped into action. 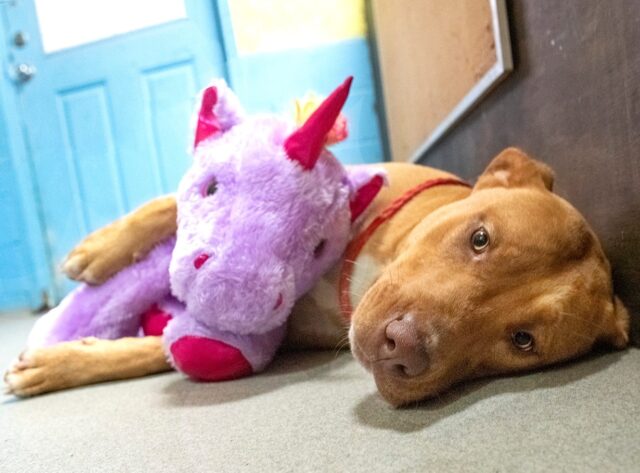 “He’d walk in, go to that unicorn and try to get it,” said Joe. “He did it four or five times before they locked the door and called us to come get him. Maybe he had a stuffed animal like that in his original home. I don’t know, but he wanted that purple unicorn bad.” 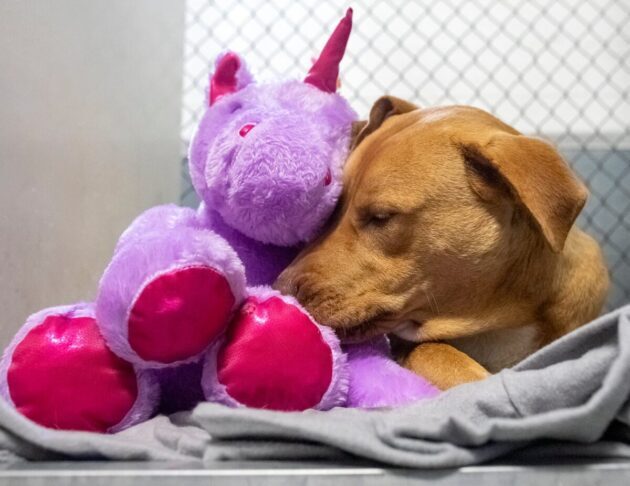 So, instead of pulling the dog into their car forcefully, Samantha decided to pay $10 for the unicorn to lure him. And thankfully, her kindness worked. 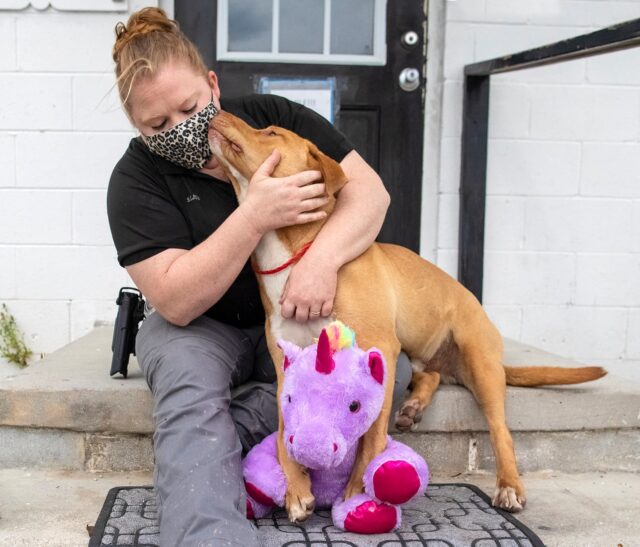 They named the handsome boy Sisu after the dragon character from Disney’s new blockbuster “Raya and the Last Dragon”. Sisu and his beloved unicorn are now besties, they are inseparable!

The adorable story of Sisu has gone viral and thanks to the internet, Sisu has managed to find himself a forever home. And most importantly, he was adopted with his best friend! He not only gained just what his heart longed for, he also gained the love of numerous people. 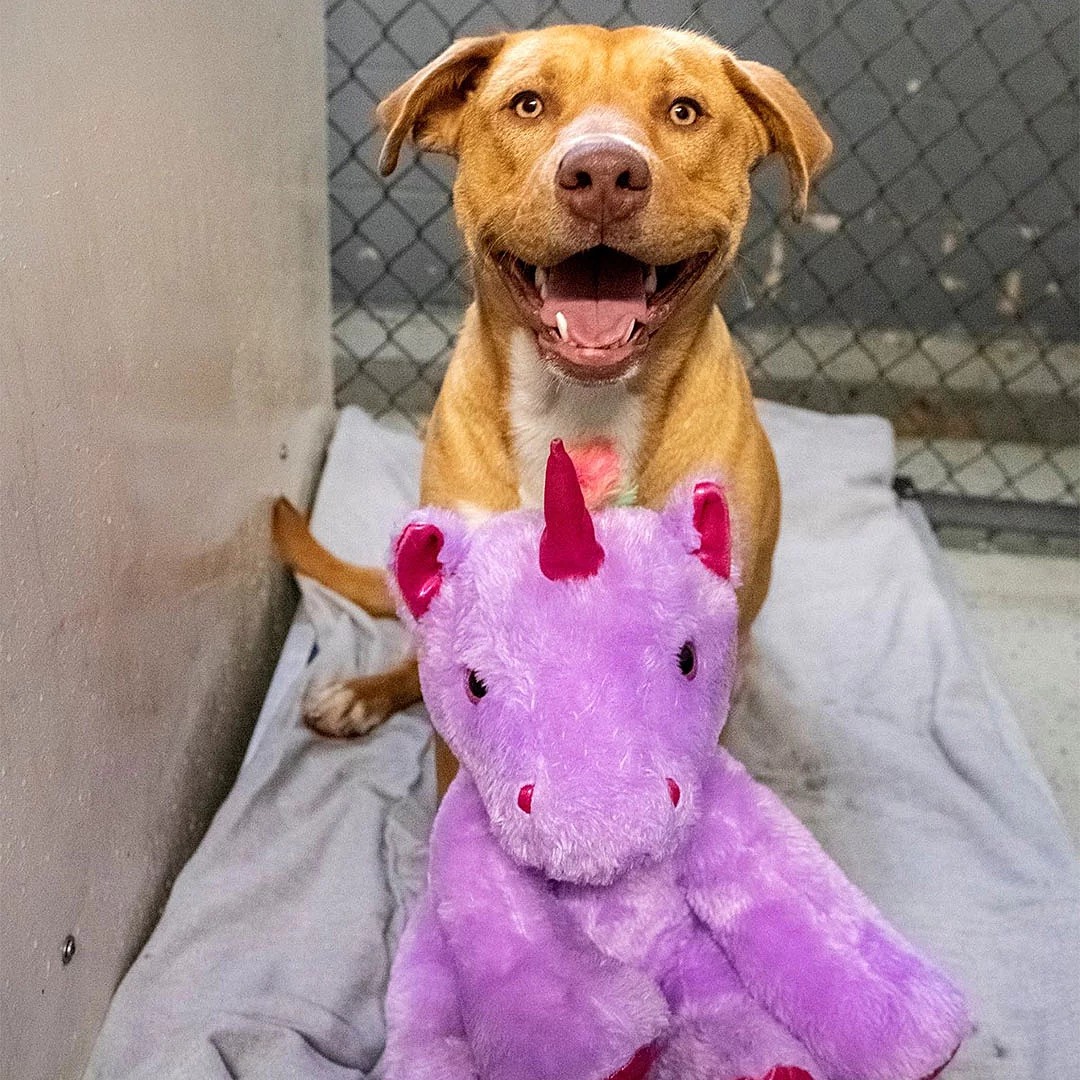