The dogs are among the friendliest animals, especially with small children. You will be amazed at how well a one-year-old girl and her puppy understand and cooperate. Mia is determined to learn how to climb high and scary stairs. 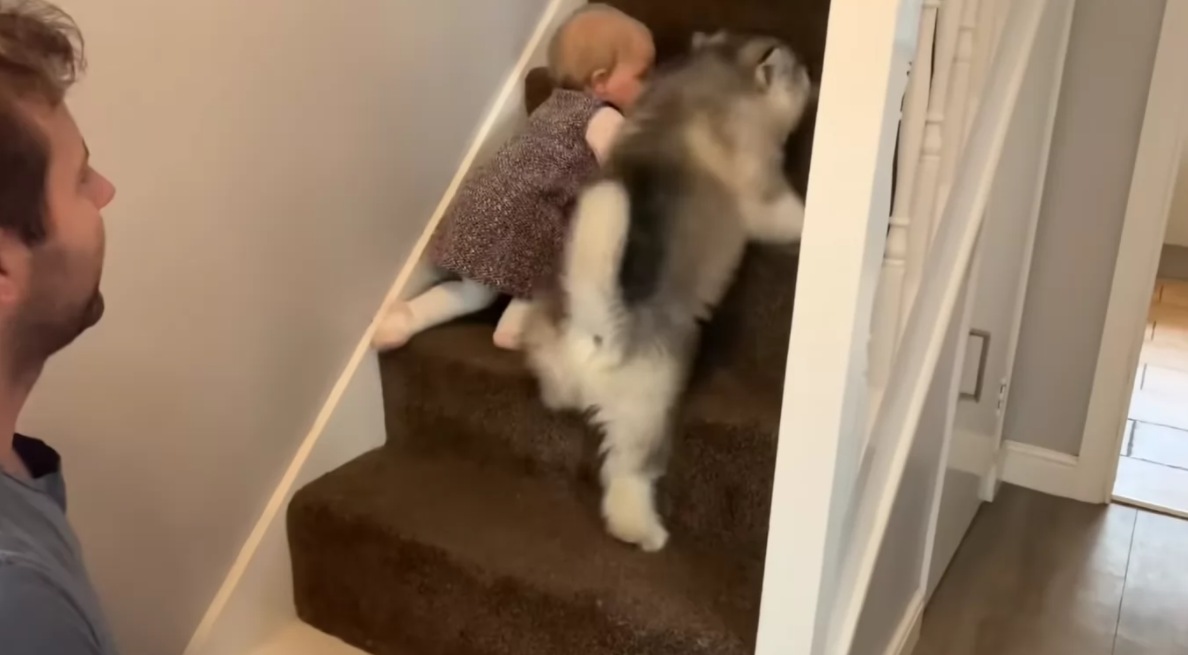 Mia’s parents say that their puppy Teddy had never seen stairs before and was afraid to climb them. Who better than Mia who had just started to learn to walk could be her teacher. The beginning was not so easy. As Mia started climbing, it was clear she was better.

By the time she was halfway up the stairs, Teddy was barely on the second step. Mia’s parents get her to slow down finally so she can help out the struggling pup.

In the video below you will see that at first Teddy was hesitant when he climbed so Amit’s father decided to help him. Teddy stands next to Mian following him up and down. It only took two weeks for Teddy to progress up the ladder. He no longer hesitates to climb the stairs and has even become faster than Mia.

It’s now more of a race of who’s going to get to the top first. All this was successful because, in addition to learning very well to climb the stairs, they became friends and more with each other. After watching the video, I believe that every parent will want a puppy-like Teddy in his house.