Sometimes it takes a while to figure out which career is the best fit for you.

Take Lulu the Labrador for instance. She had bagged an impressive position as a recruit in the latest puppy intake for a US intelligence agency’s elite training programme.

Here she was being trained, along with other im-paw-tant puppies, to detect bomb odours.

However, she quickly realised it wasn’t the right path for her, and just couldn’t be motivated to sniff for bombs, even with the promise of tasty treats or playtime. 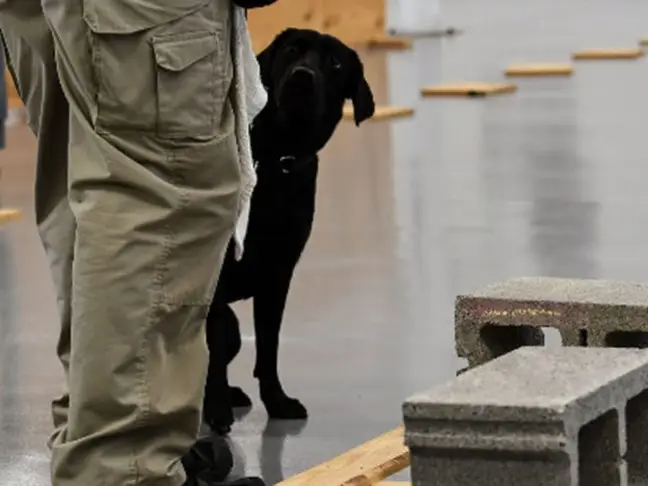 In a recent ‘pupdate’ blogpost, the CIA explained how it was normal for a trainee pup to lose interest at times:

There can be a million reasons why a particular dog has a bad day, and the trainers become doggy psychologists trying to figure out what will help the dog come out of its funk.

Sometimes the pup is bored and just needs extra playtime or more challenges, sometimes the dog need a little break, and sometimes it’s a minor medical condition like a food allergy requiring switching to a different kibble.

After a few days, the trainers work the pup through whatever issue has arisen, and the dog is back eagerly and happily ready to continue training.

However, it seems Lulu just lost all interest in sniffing bombs, becoming disillusioned very early in what could have been a promising crime fighting career. Could she be a pupper pacifist? The CIA explained how they had no choice but to give Lulu her walking orders:

For some dogs, like Lulu, it becomes clear that the issue isn’t temporary.

Instead, this just isn’t the job they are meant for. Lulu was no longer interested in searching for explosives.

Even when they could motivate her with food and play to search, she was clearly not enjoying herself any longer.

We’re sad to announce that a few weeks into training, Lulu began to show signs that she wasn’t interested in detecting explosive odors. pic.twitter.com/c6lxHPfC09

Luckily, Lulu has found her true purpose. She has been adopted by her handler and spends her days playing happily with the children of the family, as well as their other pet Labrador, Harry.

She is apparently the best at sniffing out rabbits and squirrels in the back garden of her new home, and although the CIA were saddened to lose such an adorable recruit, they knew it was the best decision for Lulu’s happiness and wellbeing.

We’ll miss Lulu, but it was right decision for her & we wish her all the best in her new life!https://t.co/nPZl6YWNKb pic.twitter.com/Mbcr9C7wUY