A woman has decided to end her 25-year-long marriage after her husband gave her a highly unusual ultimatum.

53-year-old Mike informed 49-year-old wife Liz Haslam she had to make a very difficult decision; pick between him or her 30 dogs.

As many pet lovers will surely understand, Liz decided to pick her canine companions over her beloved; telling her disgruntled husband to sling his hook.

She – perhaps unsurprisingly – hasn’t heard from her estranged spouse in the 18 months since the split, but is feeling pretty positive about her drastic decision. 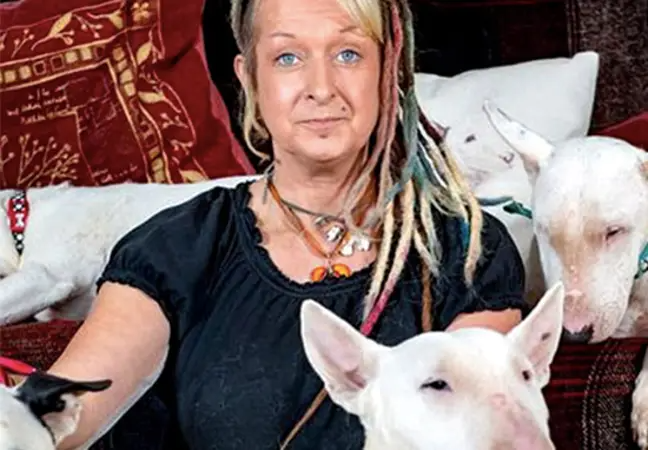 My husband said ‘it is me or the dogs.’ I haven’t seen or heard from him since.

I thought after 25 years, he should know giving up the dogs was not what my intentions were.

He just got to the point where he had enough and he wanted to slow down.

But I wasn’t prepared to give it all up. So he decided to go, and obviously that was his choice.

The couple – who share a 22-year-old son by the name of Ollie – met when Liz was just 16. She left home to live with him after completing her school education, and they tied the knot in January 1991.

However, fast forward to over a quarter of a century later and things had become a little bit hairy… 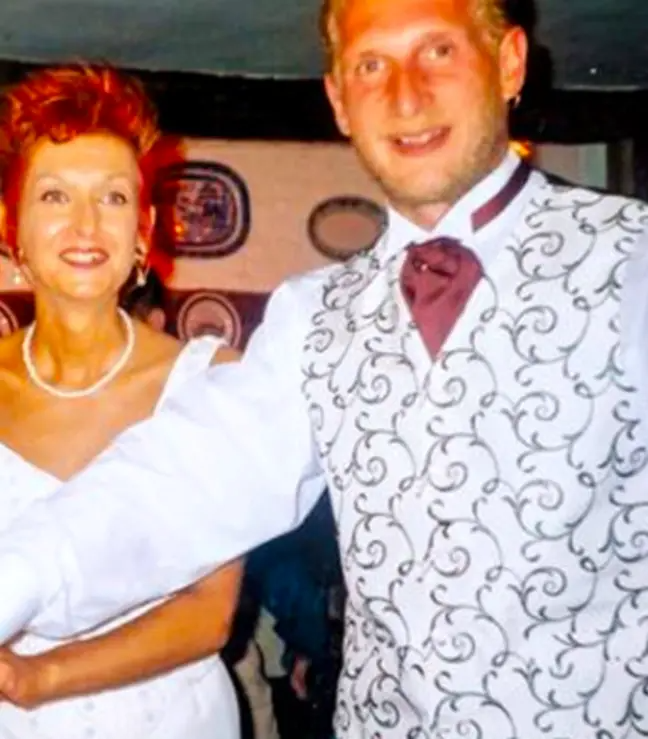 Liz established a successful boarding kennel after the family moved into a two-bedroom farmhouse in Barnham, Suffolk, complete with half an acre of land. Plenty of room for energetic dogs to bound around after sticks.

She also set up BedforBullies, an organisation which rescues Bull Terriers, and began fostering dozens of dogs; many of which had medical and/or behavioural issues.

Liz is presently fostering 30 rescue dogs with at least half of them experiencing complex needs. Five foster dogs are deaf, with two having only one eye. Three animals are ex-fighting dogs, four have defects and one suffers from brain damage.

Unfortunately, Liz’s unwavering passion for her animal friends put a strain on the relationship. 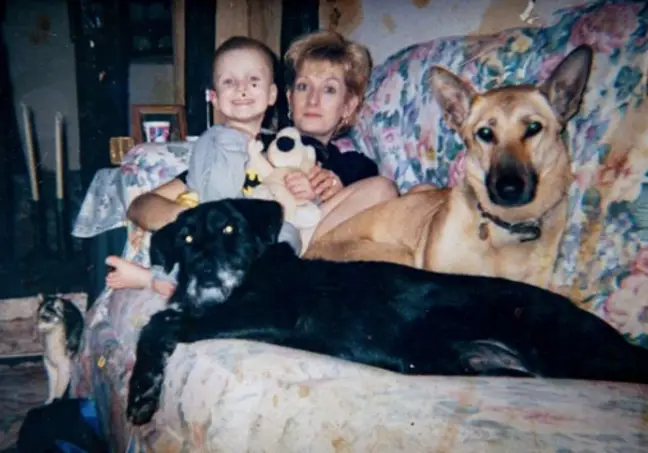 We just drifted more and more apart. He was heavily into his work and it left me with nothing to do.

I didn’t want to be a work widow so I buried myself in my dogs.

Dedicated Liz spends about 18 hours a day taking care of her beloved dogs; walking them four times each every 24 hours.

Family portrait!
Liz Haslam with some of her bullies…
It's only 5 but getting 5 to pose is hard enough!
❤🐶❤🐶❤🐶❤🐶 pic.twitter.com/21lU1fGAYq