There’s no denying that brown bear deserves to be the national Russian animal. With the average weight of almost 200kg, incredible strength and resilience these ferocious hunters represent the Slavic nation and their character rather well. And though they usually roam the vast forests and taigas, one of these animals has found its life to be quite different.

Meet Stepan, a domesticated pet bear who lives with his humans Svetlana and Yuriy Panteleenko in Moscow, Russia. The Panteleenkos adopted Stepan or Stephen bear when he was just a 3-month-old orphaned cub. He was found by hunters in a forest all alone, and in a terrible condition, so Svetlana and Yuriy decided to give the bear cub a home. 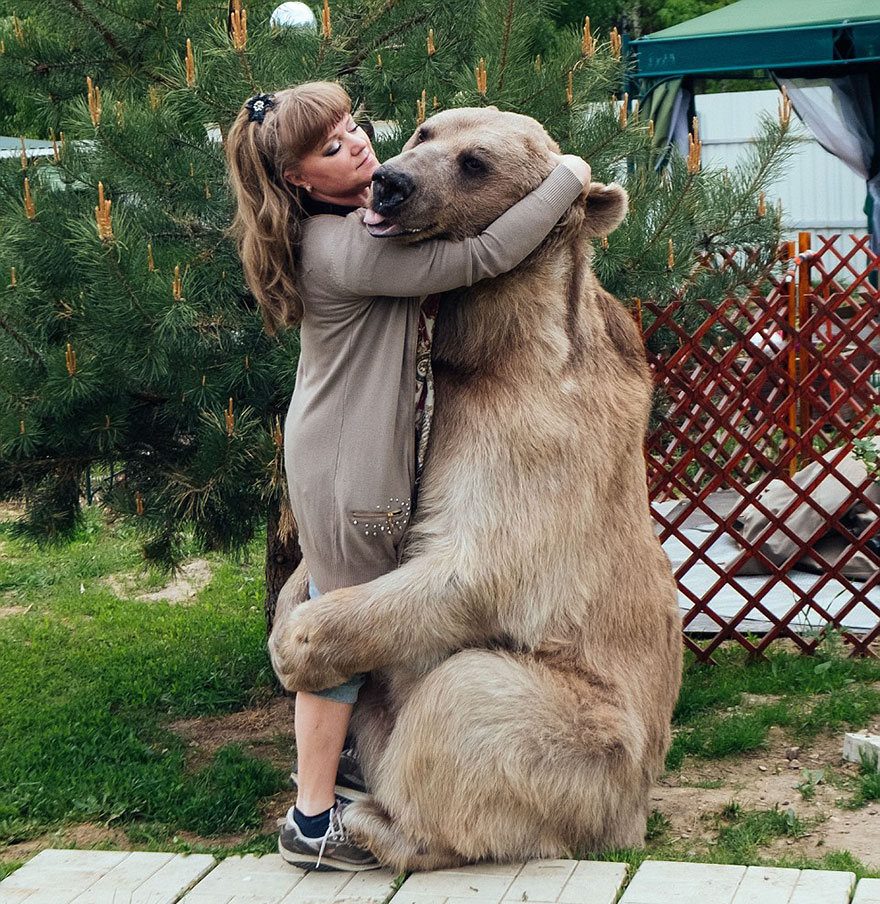 23 years later, Stepan has grown into a loving and quite frankly cute bear who helps around the house by watering plants and loves watching TV with his humans. “He loves people and is a sociable bear – despite what people might think, he is not aggressive at all,” said Mrs. Panteleenko. “We have never been bitten by Stepan. 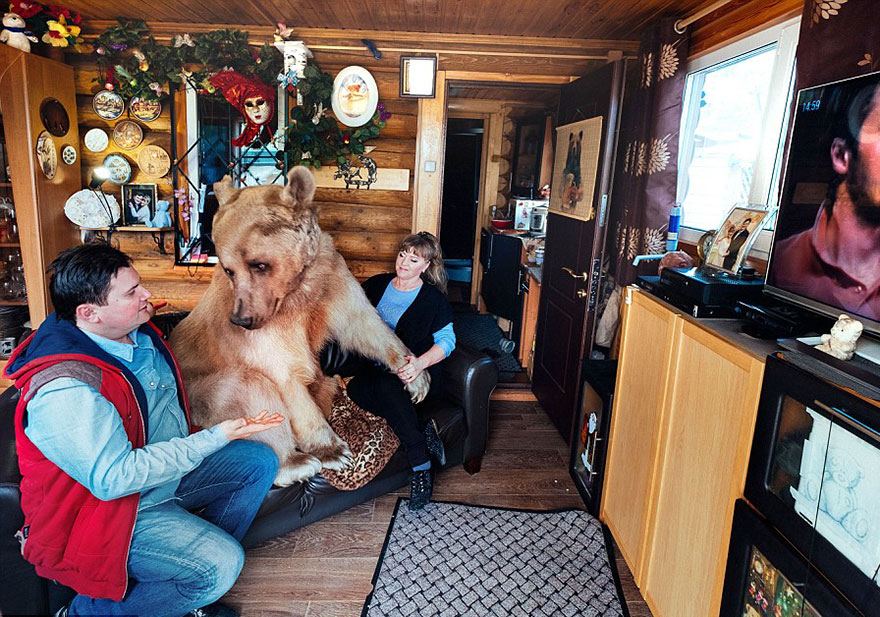 The Russian bear eats 25kg of fish, vegetables, and eggs every day! But the goofball manages to stay in shape thanks to his love for football. He also keeps himself busy with acting in films and posing for photoshoots. 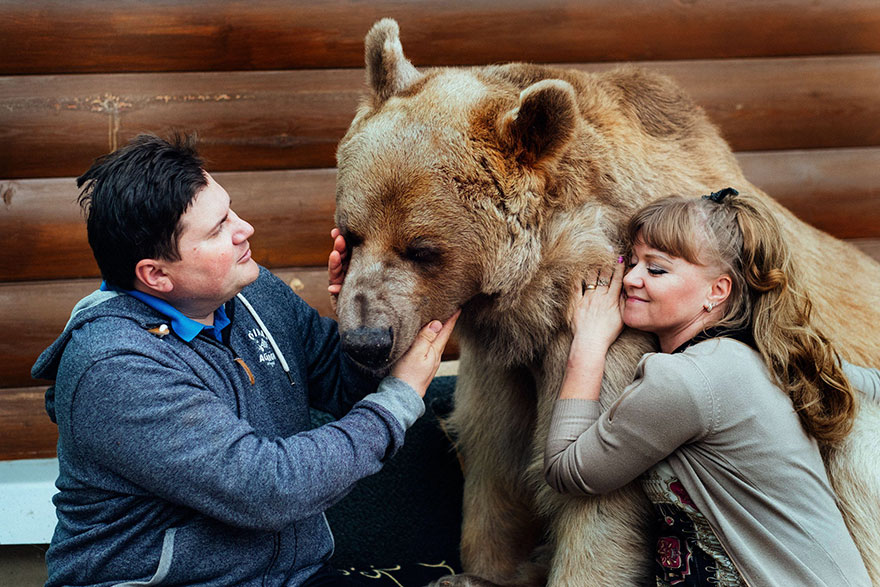