This sweet Persian cat, named Jin Jin, isn’t one to shy away from the latest in quirky feline hair fashion trends — but even he might agree that it’s gone just a little too far.

Like many owners of long-haired cats, Jin Jin’s owner Xie Qian Qian typically opts to have him shaved every once in a while to help keep him cool and the house less covered in shed hair. In years past, he’s returned from the groomer with a cute lion-style cut, leaving the fur on his head and tail mostly untouched. 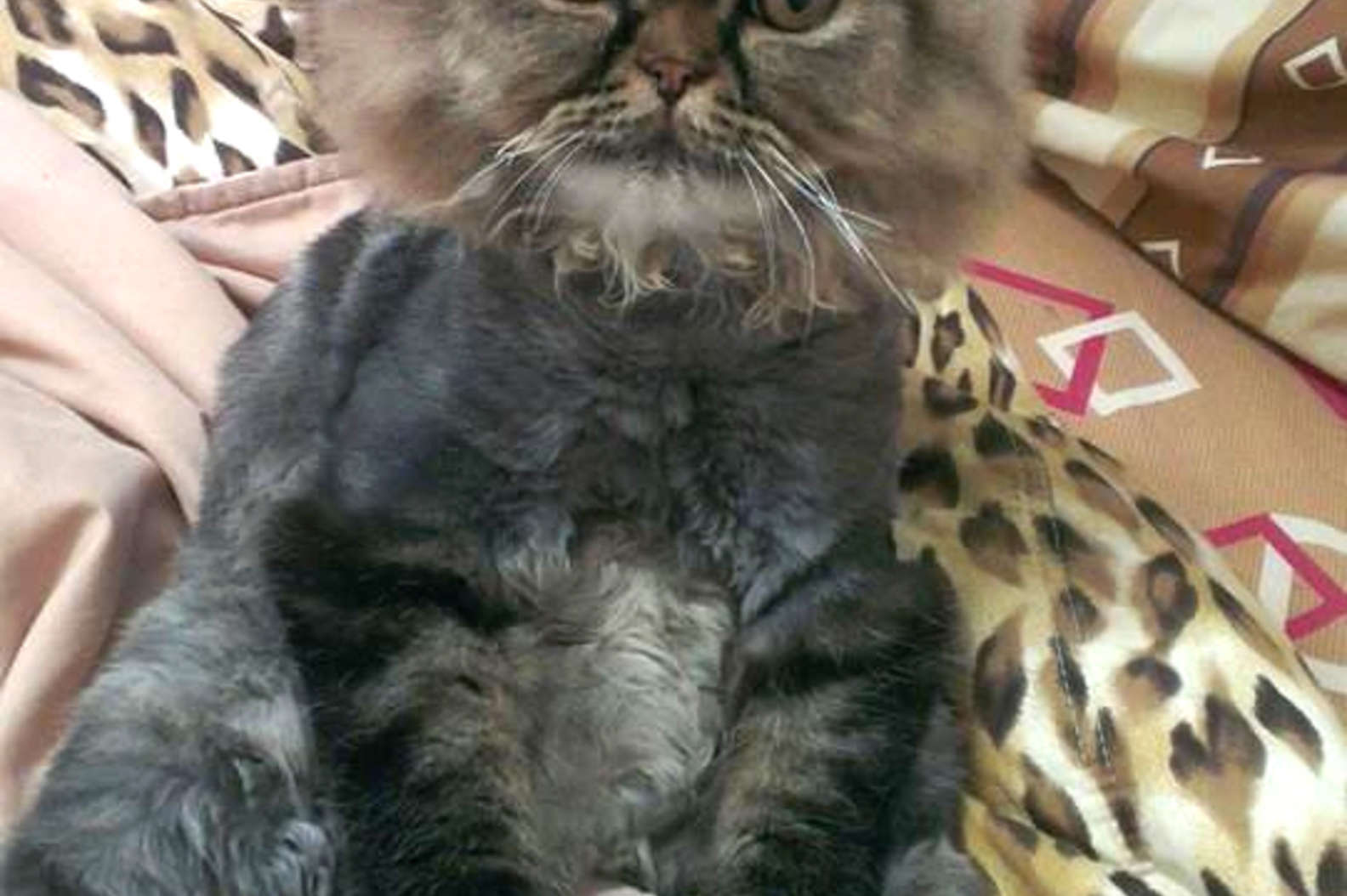 A few months back, Jin Jin was slated to visit the groomer, but Qian was too busy to take him herself. So, she entrusted a friend to drop him off there — but apparently there was some miscommunication about what sort of haircut he was to receive.

Rather than his normal ‘do, what Jin Jin received instead gave the uncanny appearance of a kitty wearing a cat mask: 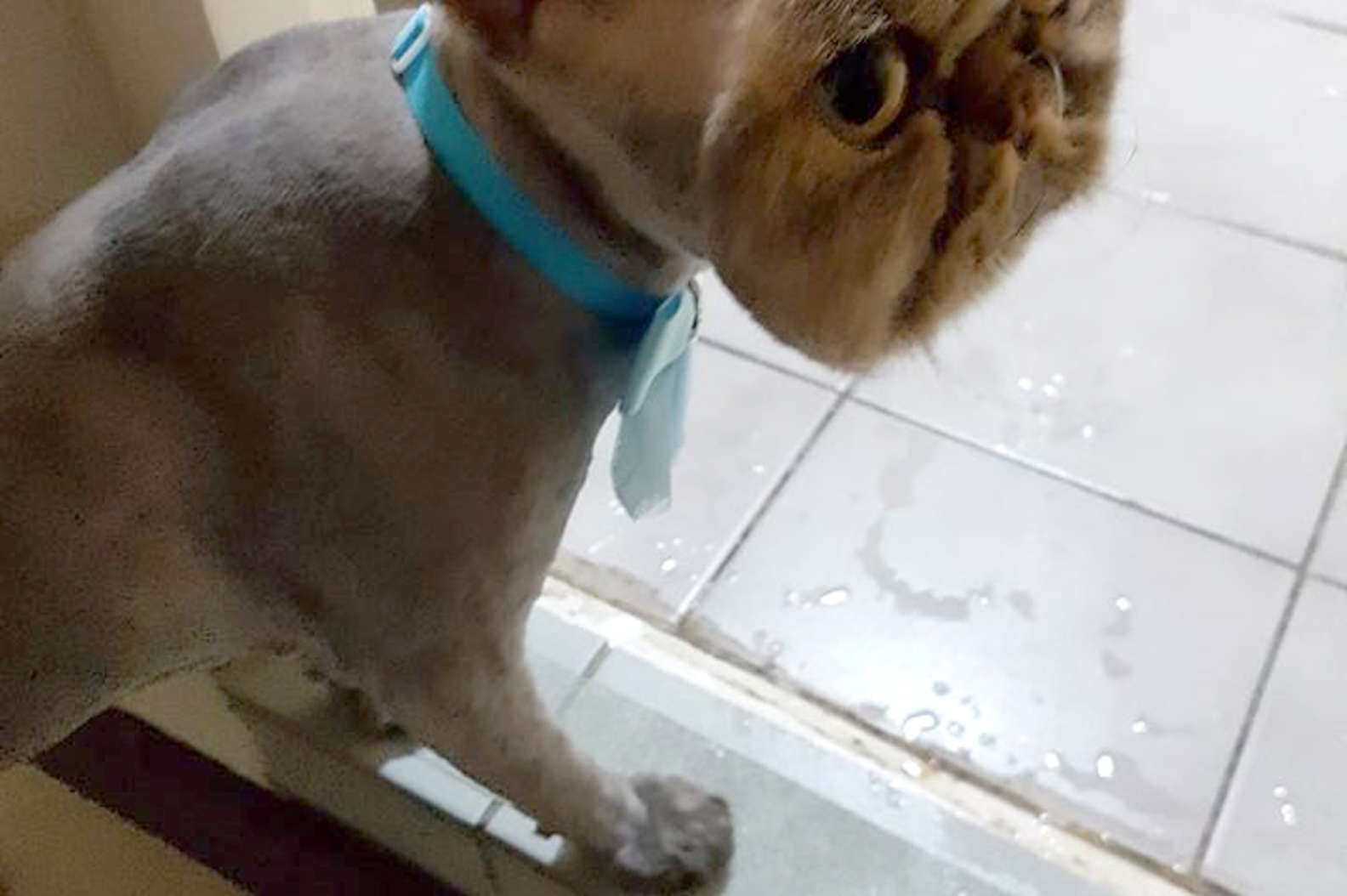 When Qian arrived to pick him up, she was taken aback by Jin Jin’s new look.

“I was surprised the groomer would shave him like that. I can’t be blamed for it,” Qian told The Dodo. Still, she admitted that she couldn’t help but smile when she saw him.

Qian said her husband wasn’t too pleased about the cat’s hairstyle when she first brought him back home, but he was soon laughing as well. 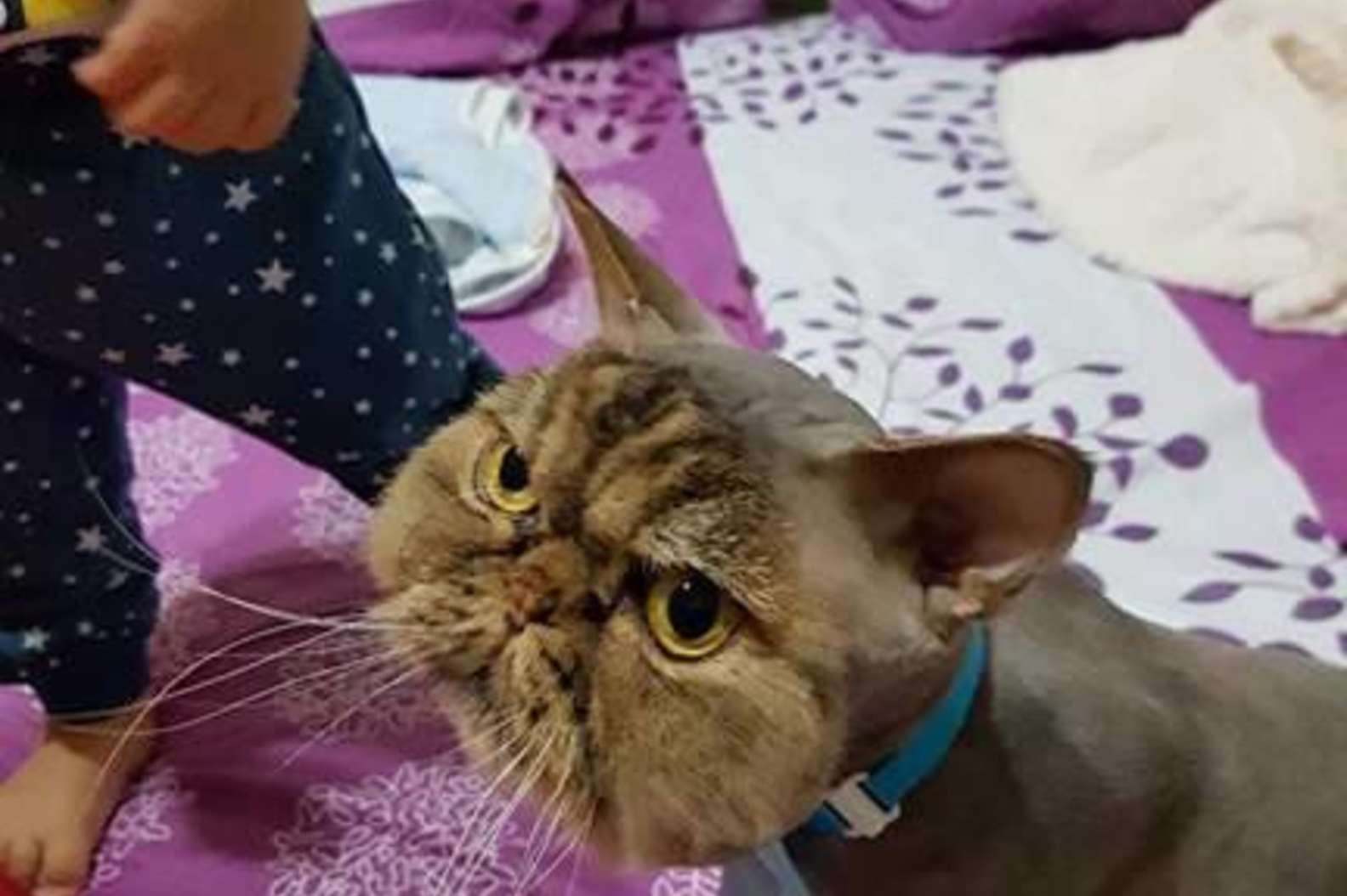 Sure, it’s a pretty terrible haircut, but even Jin Jin himself didn’t seem to mind too much.

“My cat is a very tame and good cat,” Qian said. 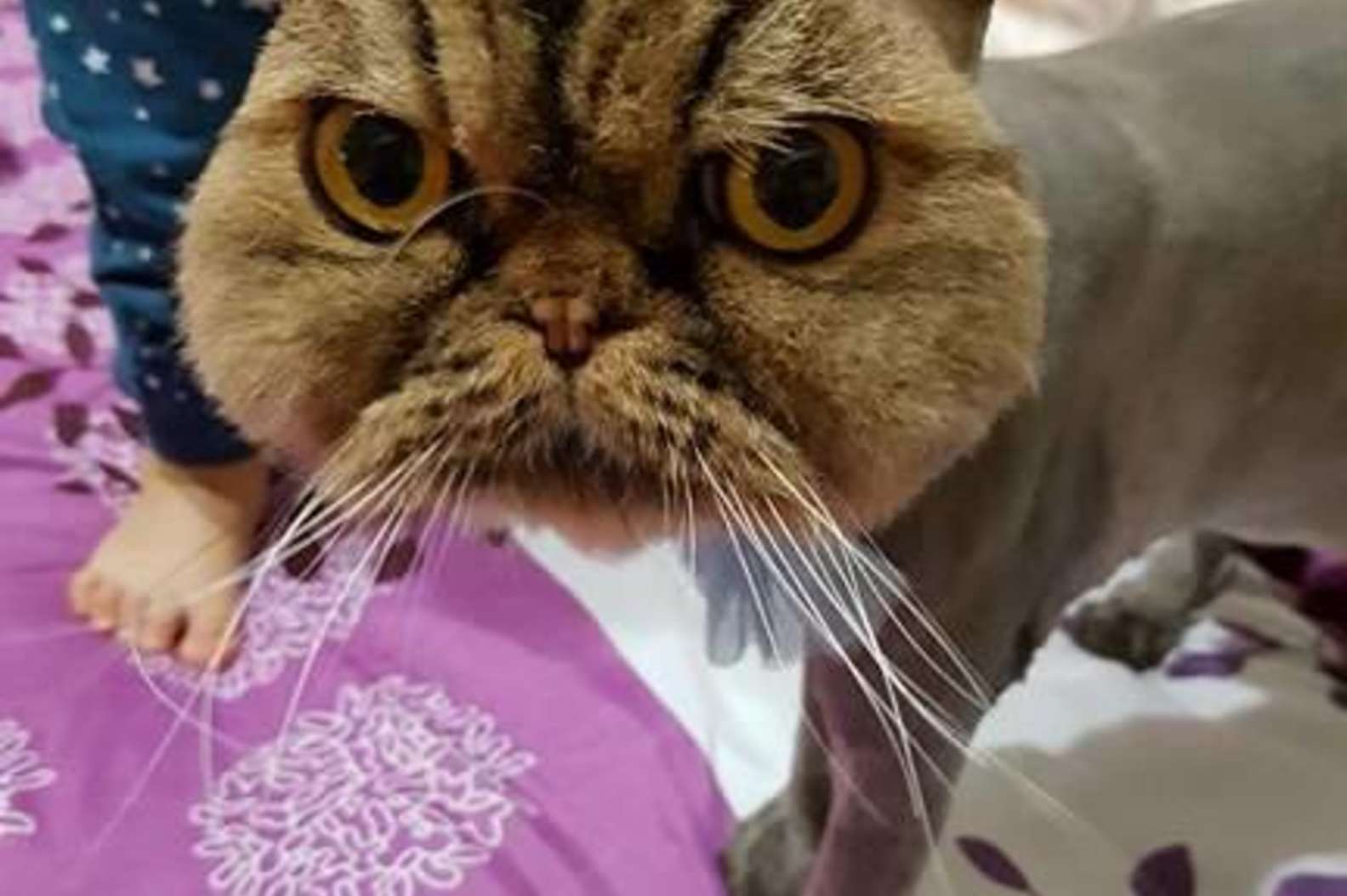 Fortunately, as with most any hair mishap, all it takes to set things right again is time and patience.

In fact, nowadays Jin Jin is already looking more like his normal self again — rather than a creature masquerading as a cat. 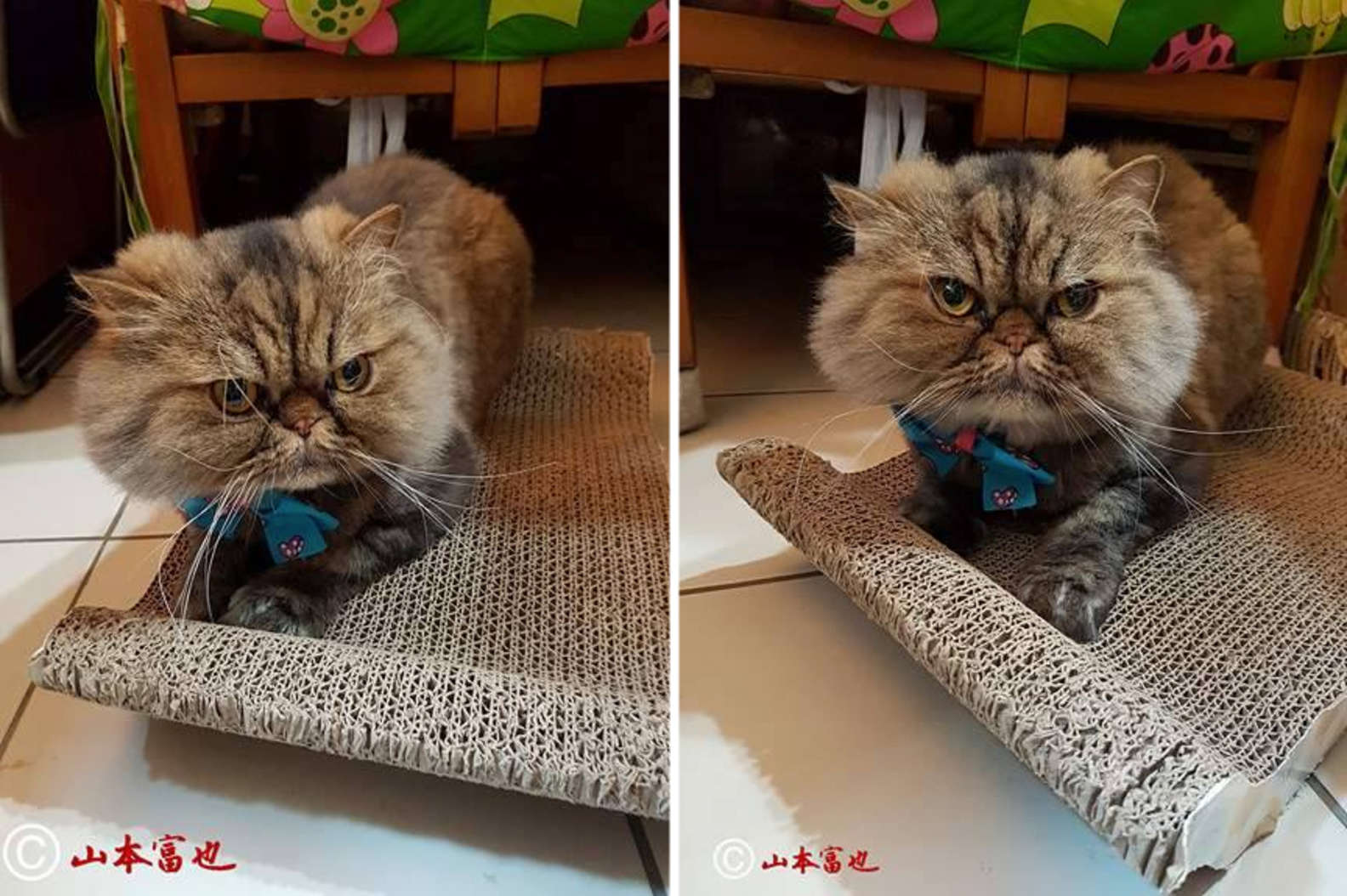 Sorry, Jin Jin. Bad haircuts can happen to anyone.