There are few things more enticing to a dog than an open trash can.

Unfortunately, 2-year-old Coby’s parents were tired of his garbage digging, and decided to put an end to the behavior in late November by dropping the unsuspecting dog off at Fairfield County Shelter in South Carolina.

Suddenly far from his family and home, Coby was terrified, and volunteers couldn’t help but feel sorry for him. 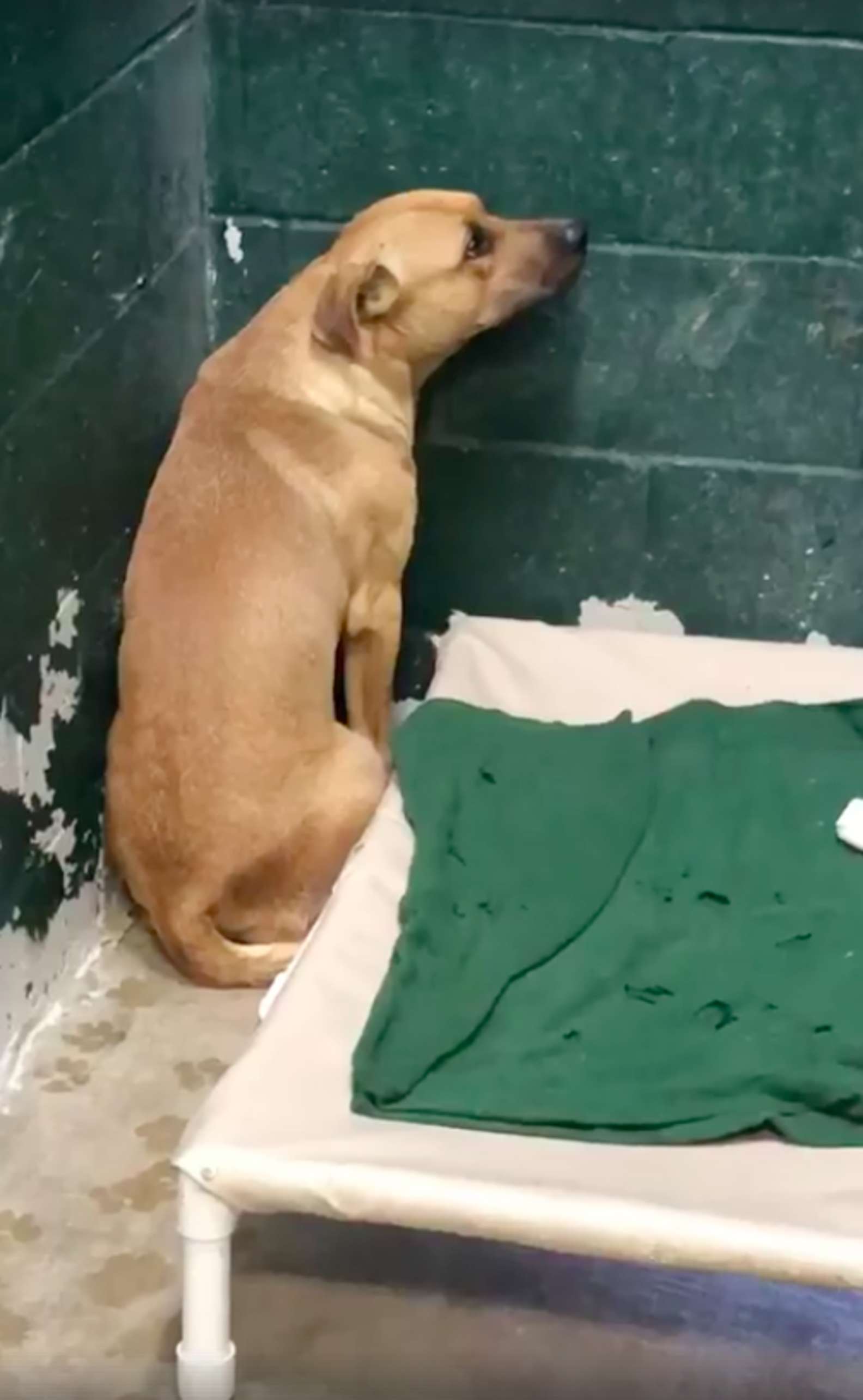 “He is scared out of his mind … almost like a feral dog would be … but not once did he growl, or try to bite,” Samira El-Hage‎, a shelter volunteer, wrote on Facebook. “He wanted to hide under the raised bed or run away when we got outside. He kept trying to chew the leash and would not look at us.”

“He just stands in that corner facing the wall,” she added. 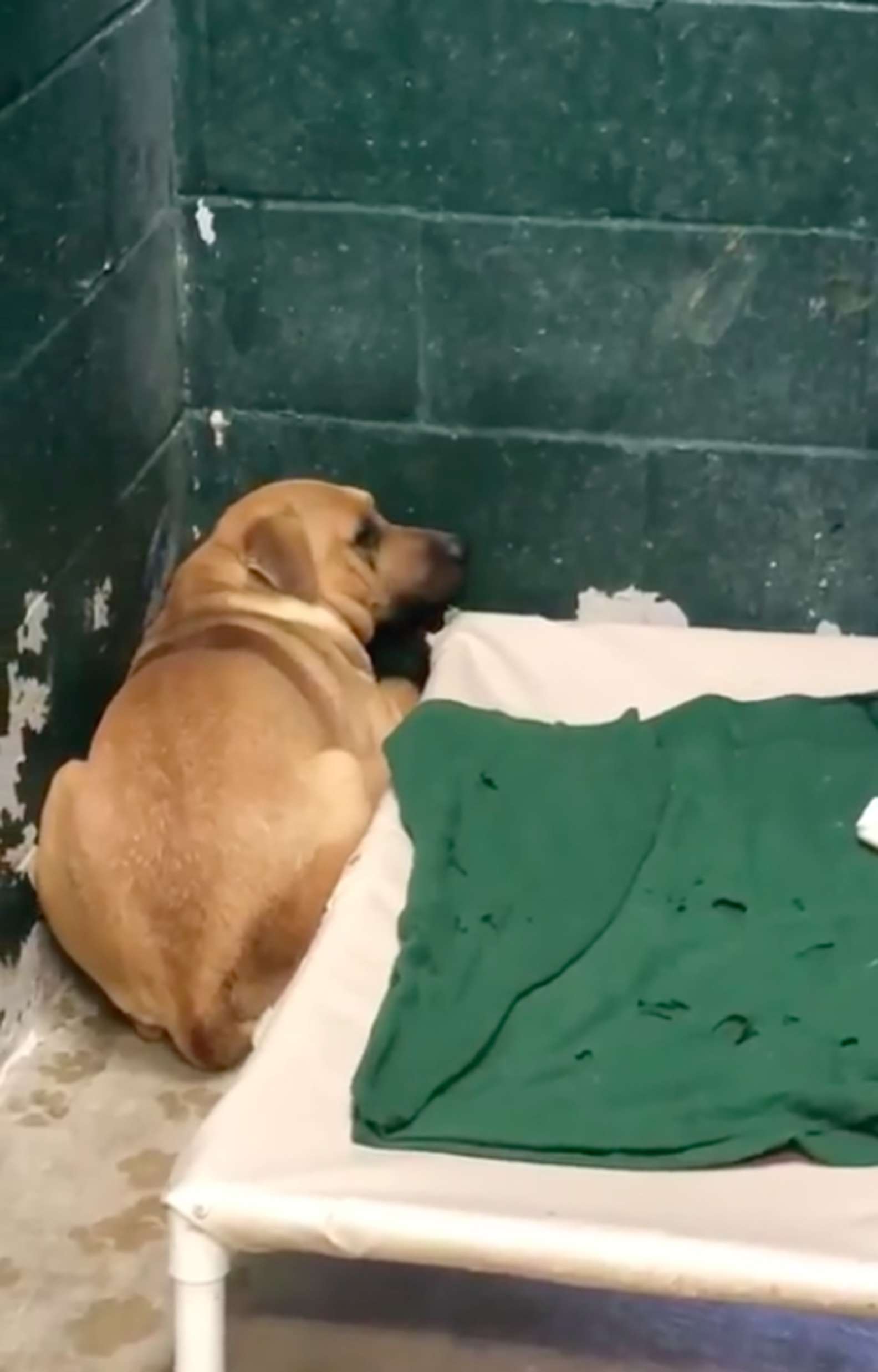 But El-Hage‎ wasn’t the only one moved by Coby’s predicament. Several states away, Leigh Maddox, founder of Compassion For Cats of Delaware, couldn’t believe a family would abandon their faithful pet over such a small thing.

“He tugged at my heartstrings and I instantly knew we had to pull him [from the shelter],” Maddox told The Dodo. 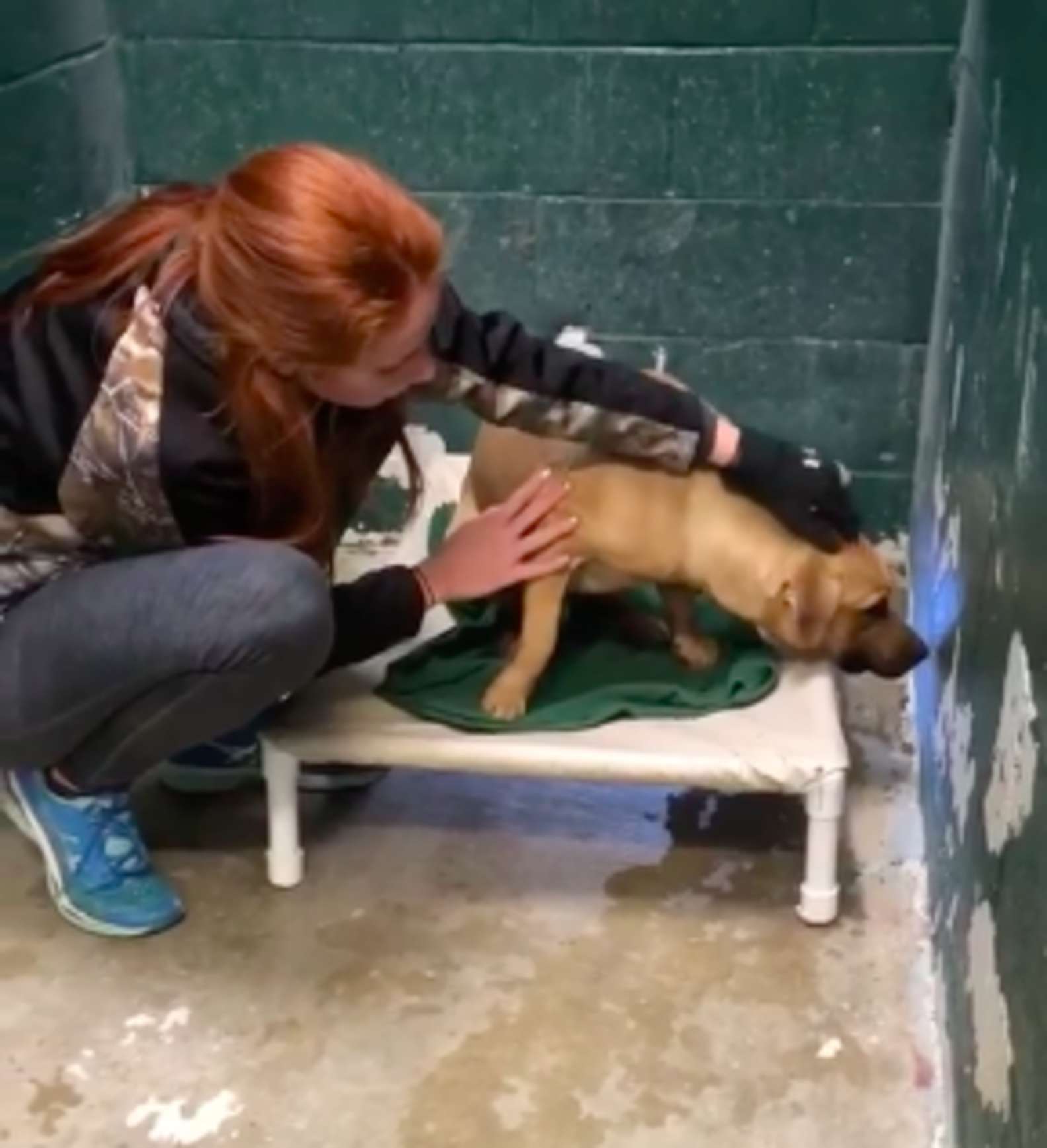 Maddox began making arrangements for the nearly nine-hour drive between the shelter and Coby’s soon-to-be foster home in Dover, Delaware. That’s when Pilots N Paws, an organization that flies at-risk shelter dogs to their foster homes, came to the rescue, and managed to drop Coby into the arms of his loving new foster mom, Olivia Fritz.

But from the second the plane landed, Fritz knew earning Coby’s trust wouldn’t be easy. “Coby was so tucked into the seat that it was difficult for my husband to get him out,” Fritz told The Dodo. “Once he was out of the plane he went limp from fear … He was so shut down that really he did not respond to anything or anyone.”

Unlike Coby’s former family, Fritz is happy to find workarounds to keep her garbage inside the trash can. “My personal dogs have ALWAYS been trash diggers and we as a family have come up with creative ways to help with that behavior,” Fritz said. “This is what a family should do when they own dogs — not dump them in a shelter. The entire story just broke my heart.”

Now after nearly a month in his foster home, Coby is adjusting to his new life little by little. He is still too frightened to go outside on his own, and has to be carried in and out of the house. But he’s taking baby steps in the right direction, eating treats from his foster mom’s hand, walking a bit and chewing on his bones.

But no matter how long Coby’s recovery takes, Fritz is willing to work with the dog until he’s ready for adoption.

“I thought if I just held him and kissed him that he would know he was loved … but it is far more than that,” Fritz said. “I hope the damage he suffered can be overcome but it won’t be overnight.” 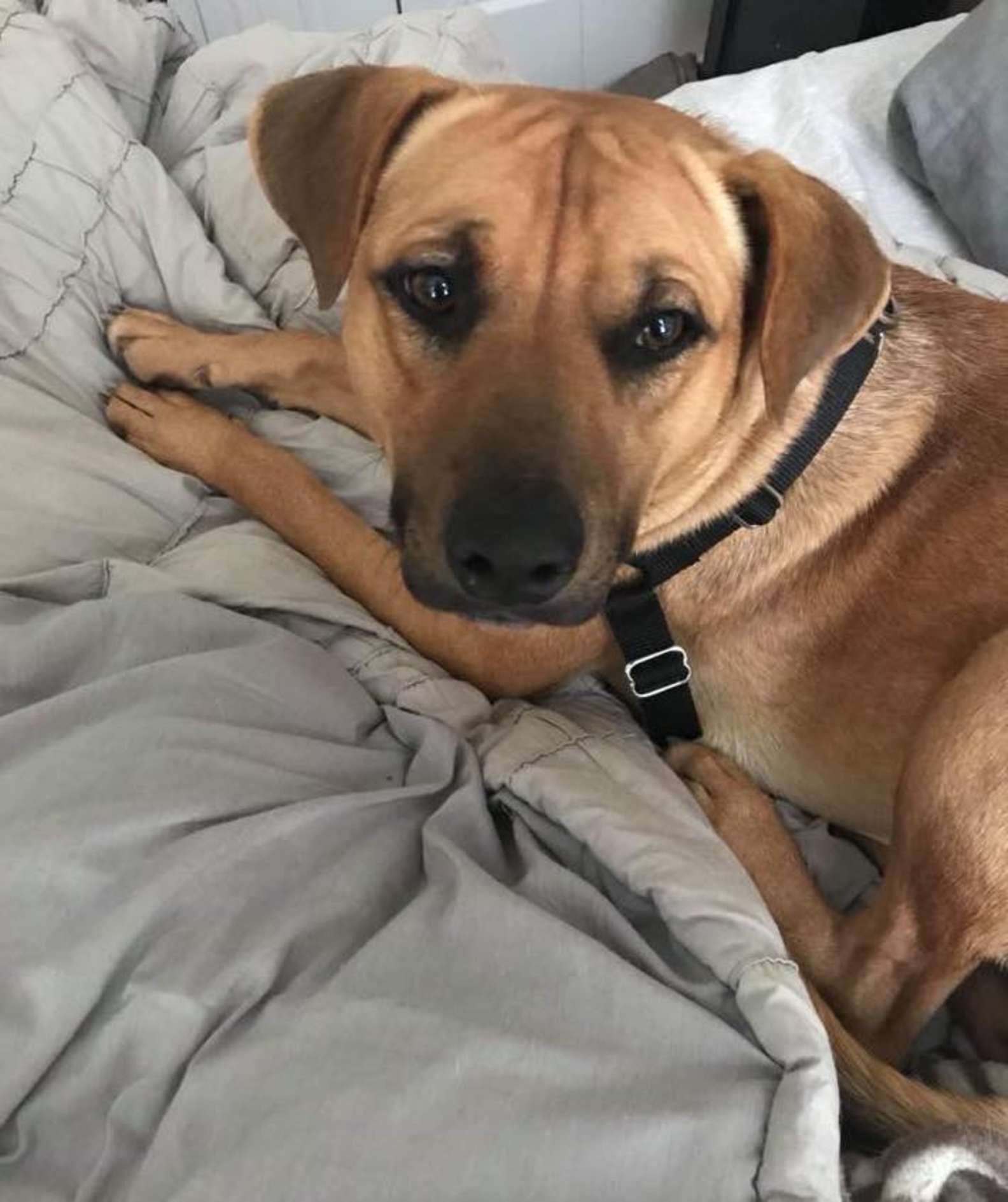 “He is super special to the rescue,” Fritz added, “and he will get nothing but the best home when he is ready!”