Sitting hunched over in the corner of a kennel, the 3-year-old German shepherd was frozen in fear. His brown eyes were soulful and sad, his gaze empty. He had no idea why he was there, or where he would go next.

His family had abandoned him at Dallas Animal Services in Texas — just because they were having a baby.

Seeing how gentle and terrified Rocco was, a woman visiting the shelter posted a video of him online, hoping to find a rescue that could give him some extra care as soon as possible. Preethi Pillaipakkam, a foster through DFW German Shepherd Rescue, stepped in to help right away.

“At first I was surprised,” Pillaipakkam told The Dodo about the fact Rocco was abandoned because of a new baby. “But once I saw how underfed he was, it did not surprise me. It is probably a combination of change in family situation, plus not [being] the best owners in the first place.” Rocco only weighs around 60 pounds, but should weigh around 85 or 90, Pillaipakkam said. When she picked him up to bring him home, she knew right away it would take days for him to mellow out.

“The shelter is certainly not the environment for a dog like Rocco,” Pillaipakkam said. “He was very timid and scared to get into the car. He even hid beneath the seat in the car. He was pacing a bit and seemed very stressed.” 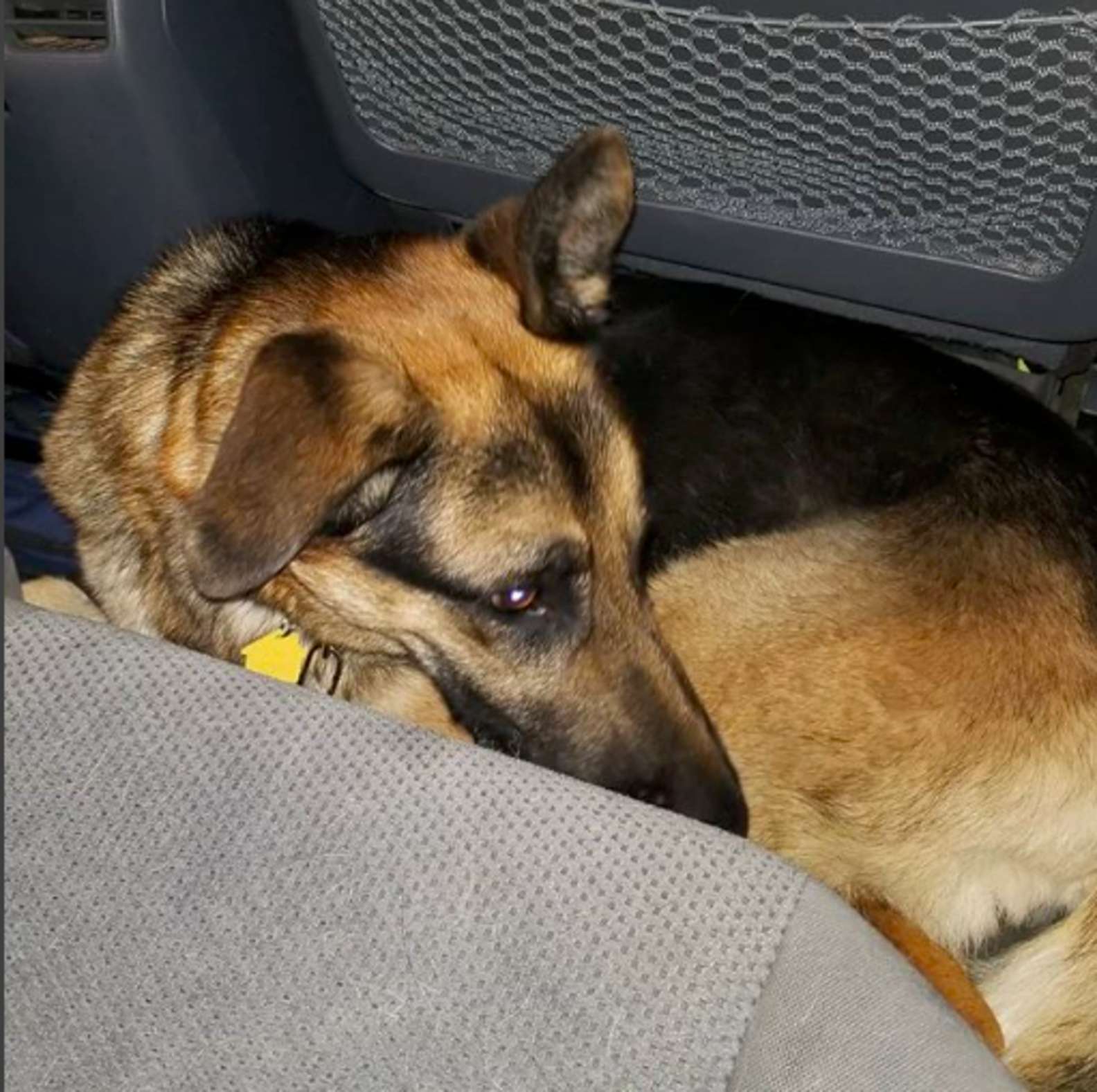 For the first few days at his foster home, Rocco remained shy and a bit worried.

He ate and walked around a bit, but was still very confused about where he was. 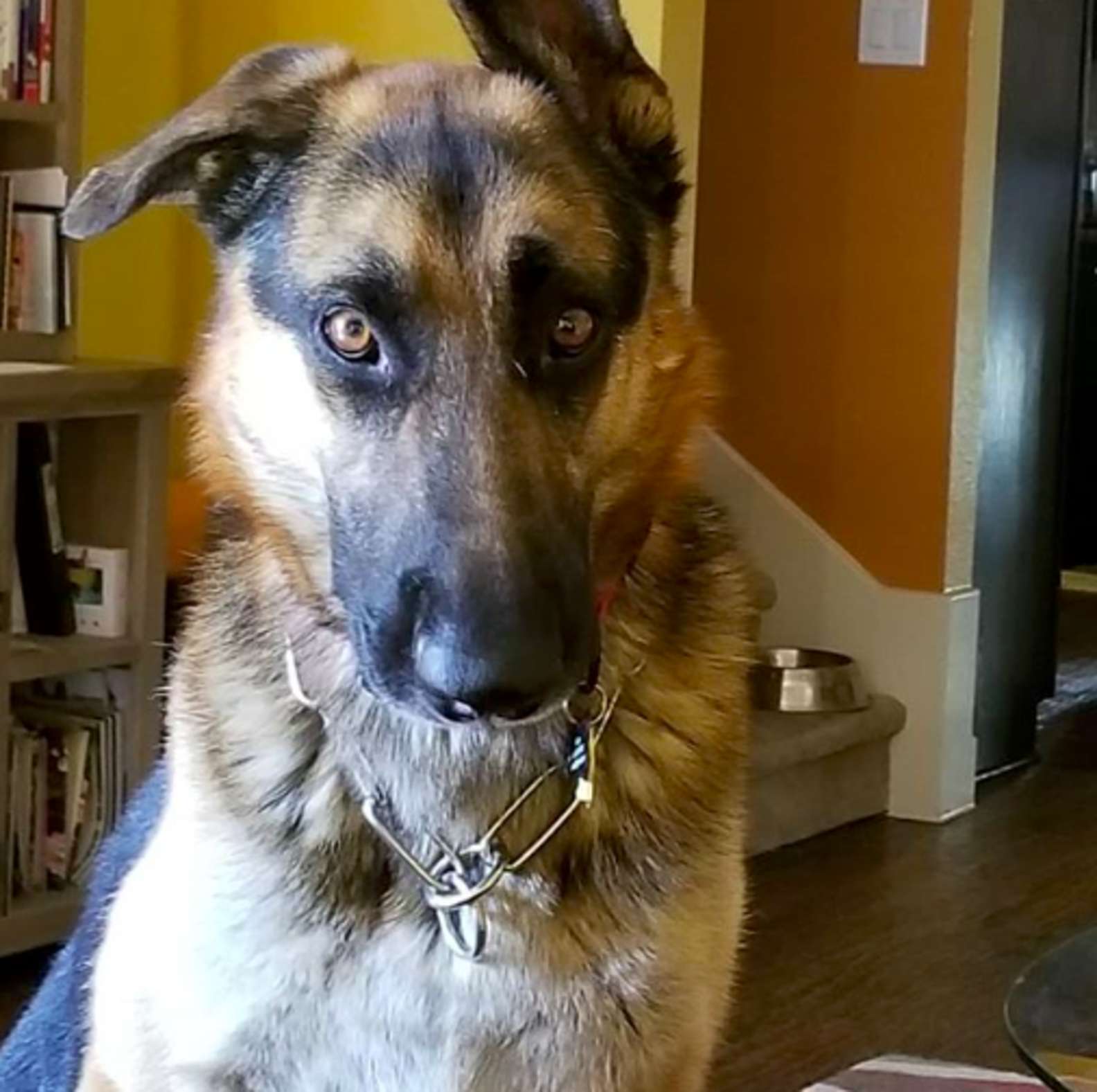 But with the help of Pillaipakkam and her own dog, also a German shepherd, Rocco started to round the corner during his first weekend there.

Now, the gentle dog is playing with toys, chewing bones and becoming more and more outgoing as the days go on.

“He slowly started exploring the house,” Pillaipakkam said. “He loves the couches and his doggy beds, and he really likes squeaky toys and tennis balls. He is a really good fetcher.”

In addition to playing, he’s taken on another role in the house: his foster mom’s shadow. 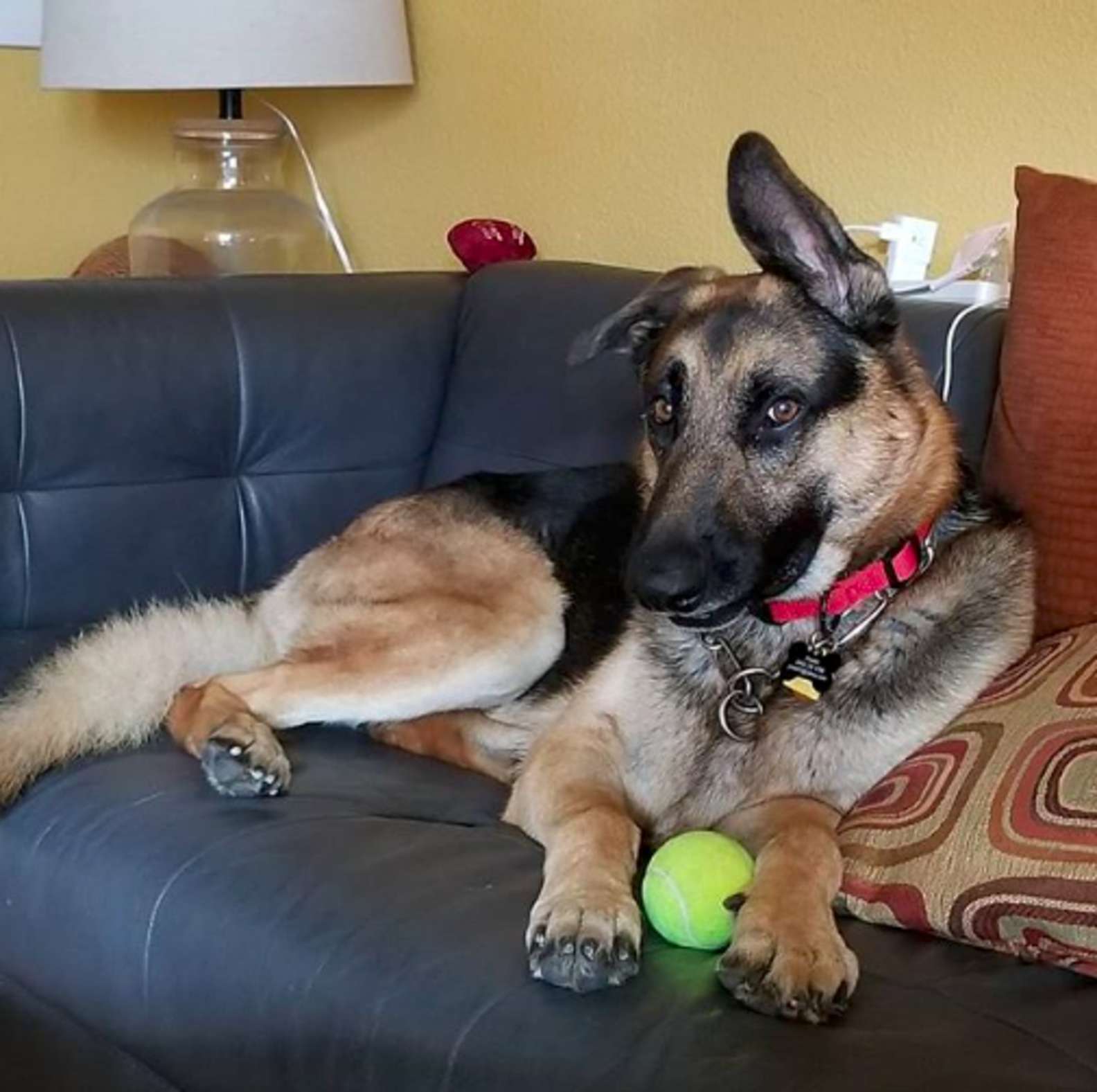 “He was a bit aloof in the beginning,” Pillaipakkam explained, “but now he follows me around like a shadow.”

Since Rocco’s video from the shelter has gone viral, the rescue has received dozens of adoption applications for him. As he continues coming out of his shell, the rescue will select his new family — whom he will stay with forever this time. 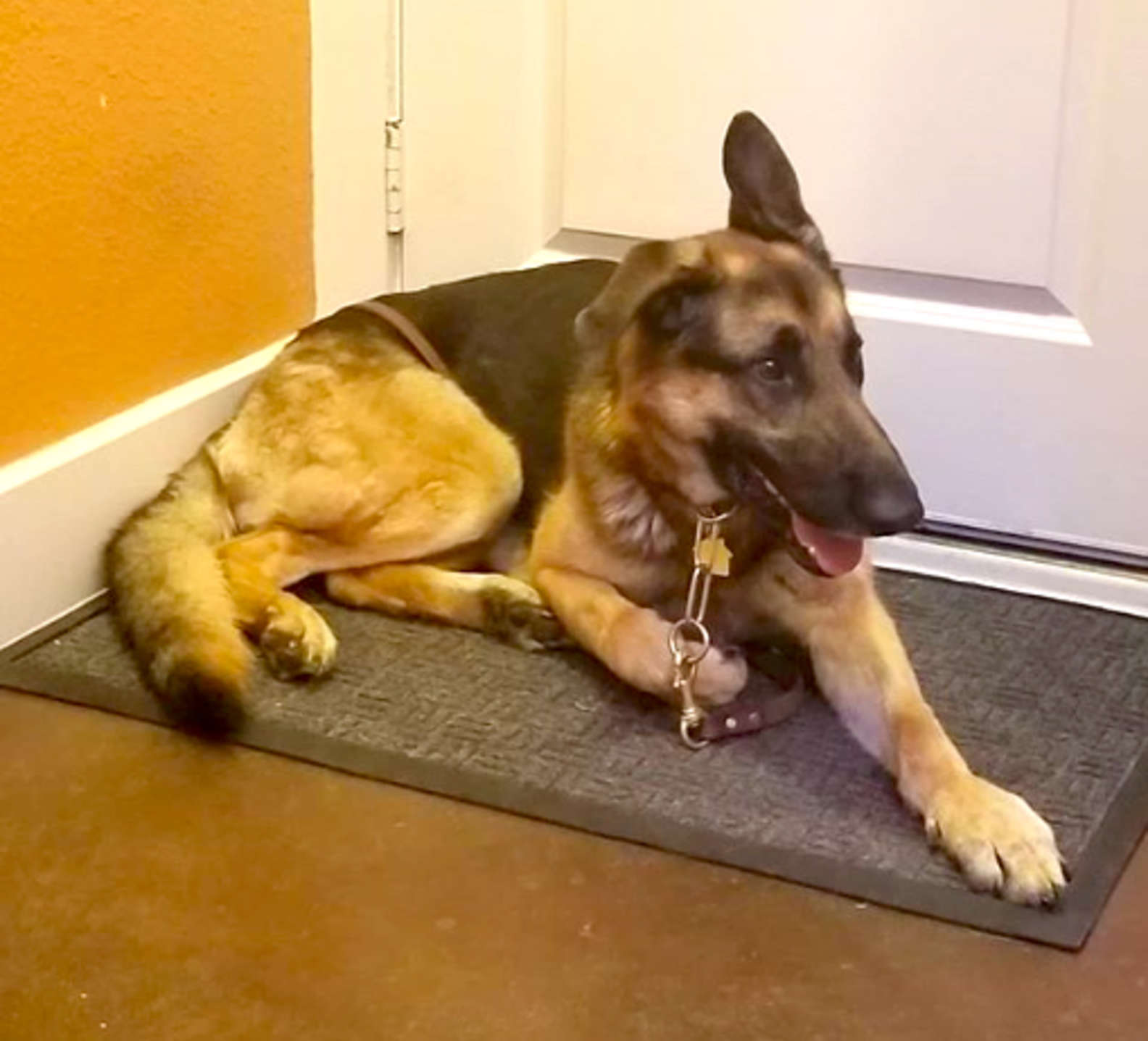 In the wake of so much support from people across the country, Pillaipakkam has also started an Instagram account for Rocco to share updates on his story. She hopes Rocco will inspire others to adopt large-breed dogs, as it’s especially common for larger dogs to be relinquished to shelters due to changes in their owner’s living or family situation.

“The top reasons for large dogs to be given away typically include a change in the family situation, so this could be a move, a kid, a marriage, a divorce or any such factors,” Pillaipakkam said. “With a German shepherd, and the prevalence of breed-based discrimination, it is getting harder and harder to find places to live with these breeds. We hope to bring awareness to this.” 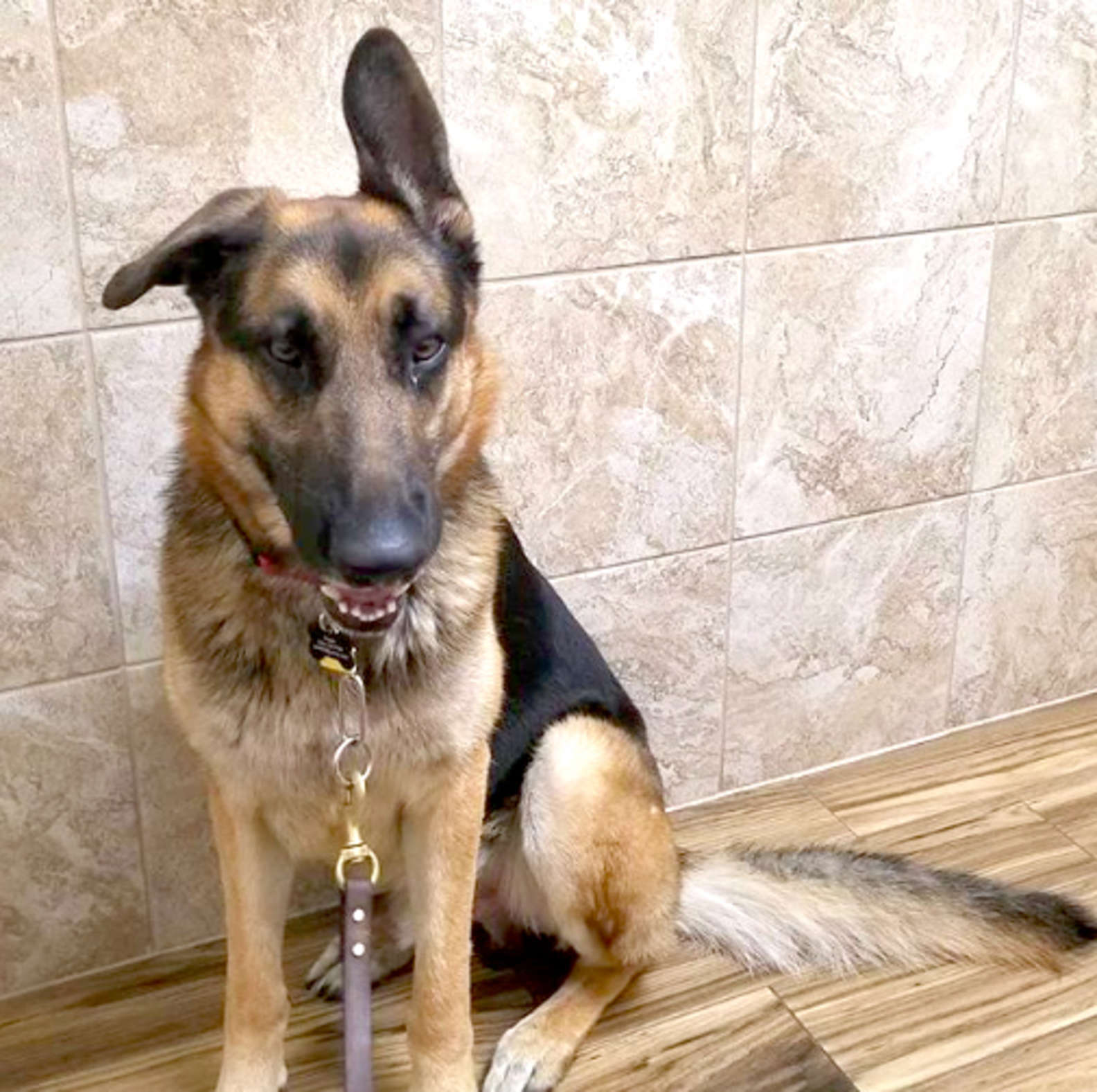 Rocco is growing happier and more confident by the days. His new home isn’t certain yet, but one thing is: He is so loved now.

“Ideally, we would like to see Rocco placed in a new home around mid-September,” Pillaipakkam said. “We wanted to give him at least a week or two [here first] to ensure he feels safe.”