For the last few days, Sara Ryan’s parents have been in self-isolation at home in Canada. But there has been one bright spot about being cooped up indoors all day.

It’s given them a front-row seat to an adorable scene taking place just beyond their window.

A little fox, dozing oh so peacefully on a tree stump out back.

“My dad was very excited!” Ryan told The Dodo. “They’ve been social-distancing and don’t have pets, so I think they were excited to have something out of the ordinary in their yard!”

Ryan’s dad first spotted the fox on Tuesday, there on the remnants of a dead tree the city had removed last year. Since then, he’s been sending her regular updates. 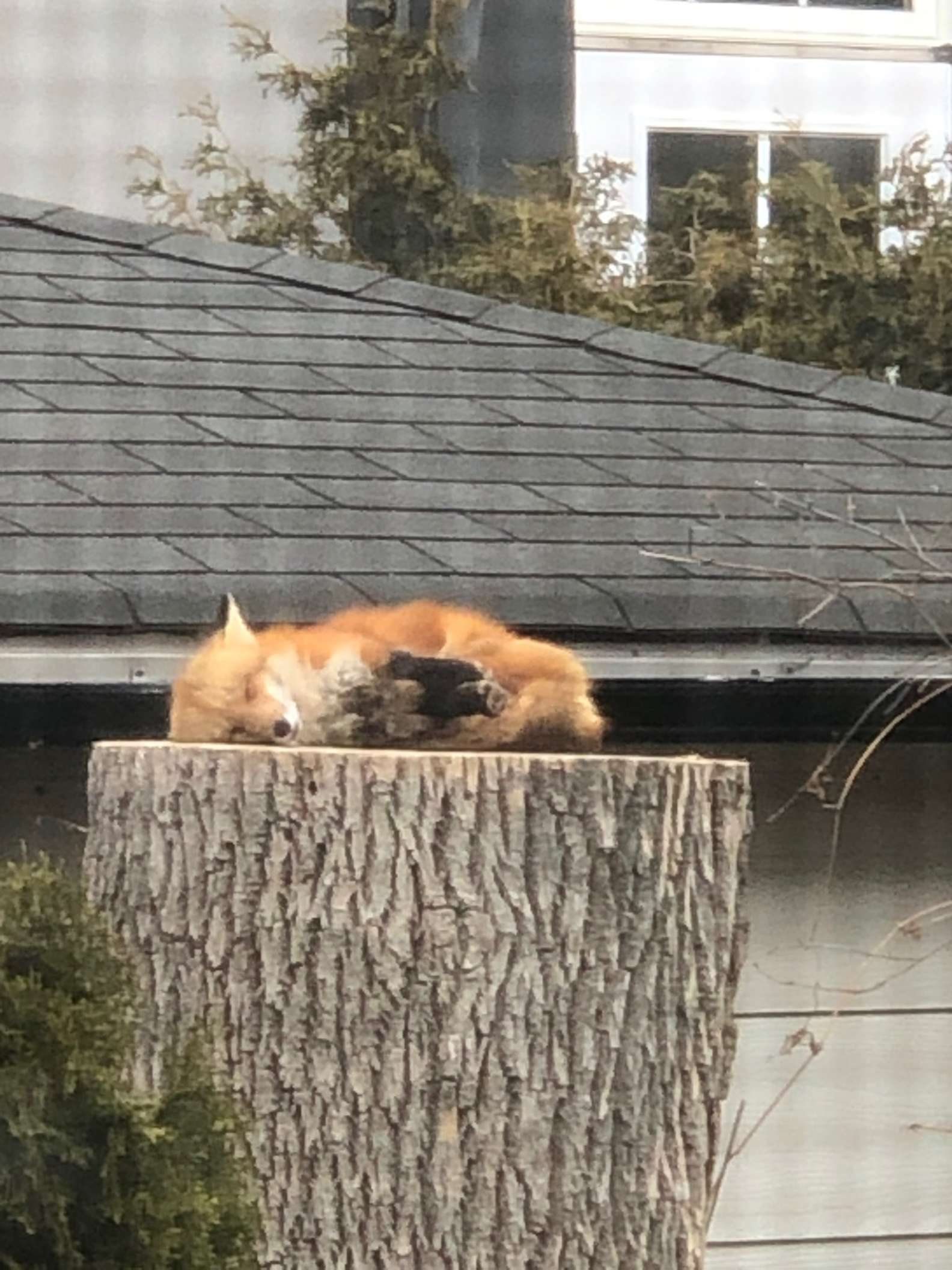 At one point, when Ryan’s dad stepped outside: “The fox looked up and then went right back to sleep,” he said.

Clearly, the cozy little fox felt secure in his slumber, perched atop the tall stump.

“The tree is protected by the garage behind it so it only faces my parents’ yard,” Ryan said. “I imagine that it’s a warm and safe place to nap!” 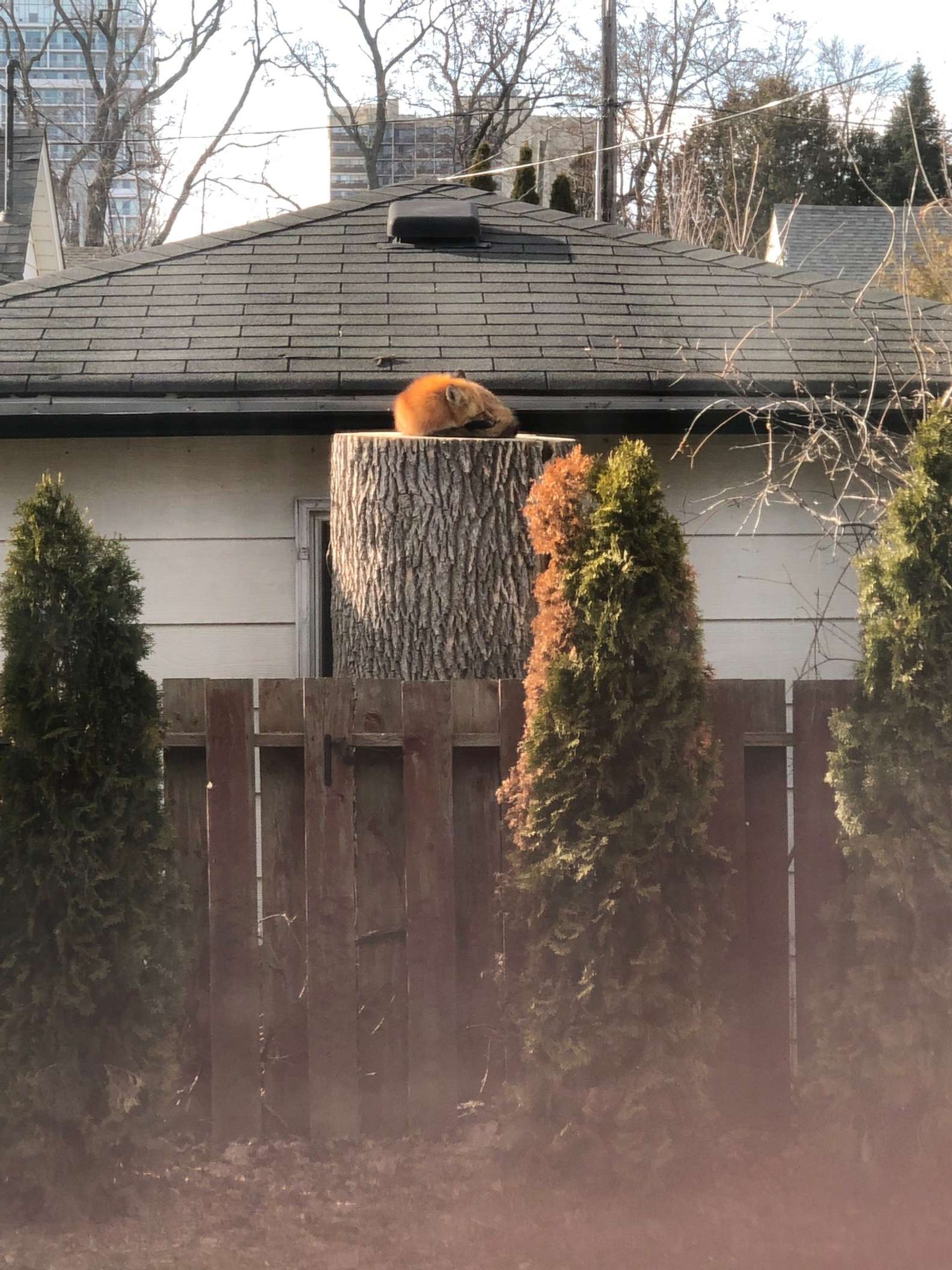 Later that evening, when Ryan’s dad looked out the window, he noticed that the fox had woken up and left the spot. But he wasn’t gone for long.

After a night of activity (foxes are, after all, nocturnal), he returned to the place that had left him so well-rested the day before.

“He is back there today snoozing away!” Ryan said. 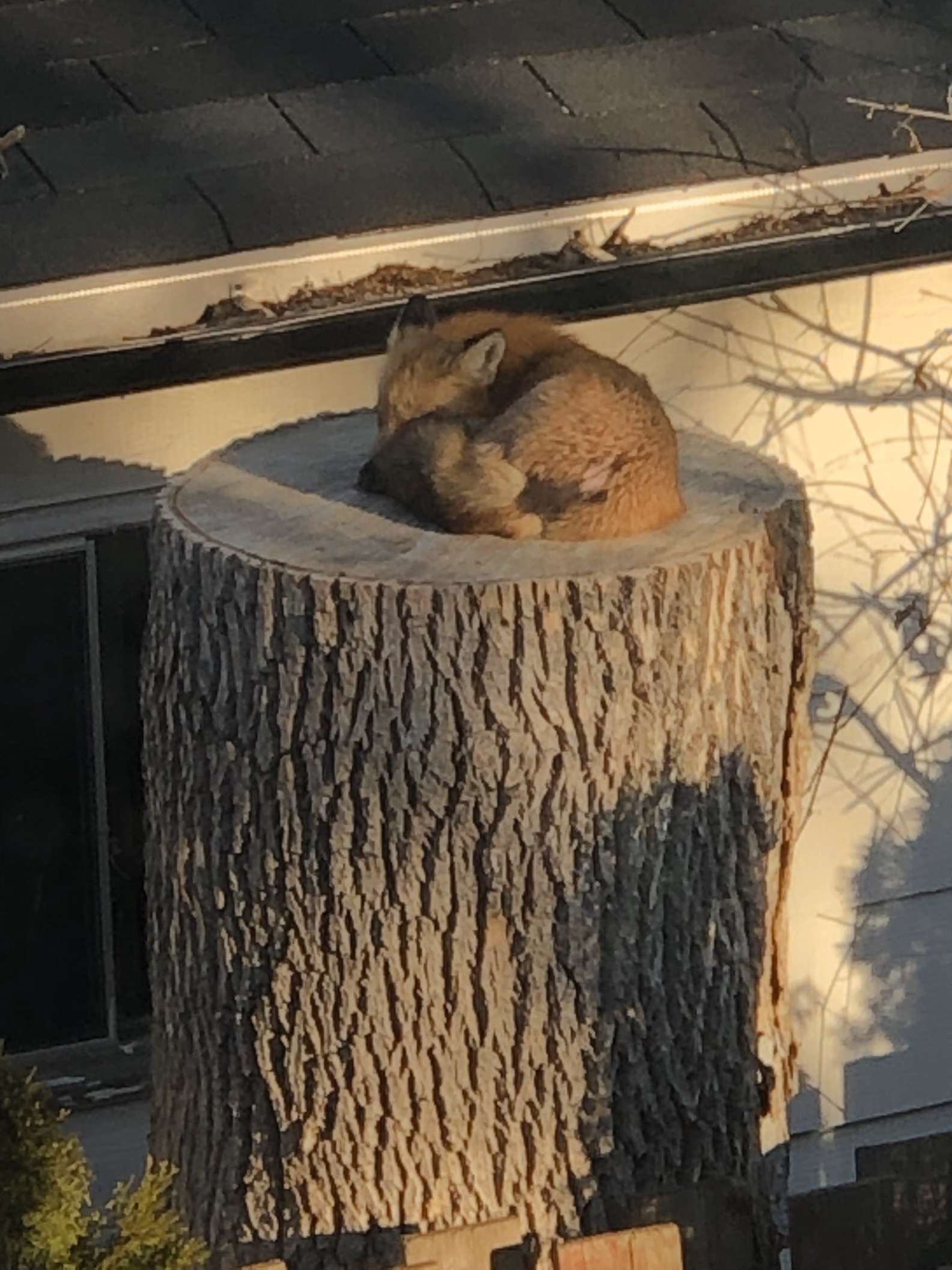 Ryan’s dad was thrilled, and she was too. She decided to post about the fox on Twitter, and sure enough, the world agreed.

In a few short hours, her tweet went viral — people around the globe all gushing over a sweet, sleepy fox. Little does he know, he seems to be just what the world needed.

“I love that people are loving the fox! It makes sense that people want a little slice of joy in the midst of a lot of stress and anxiety and chaos,” Ryan said. “I’m glad that my one viral tweet was a cute tweet during a not very cute time.”