Last Friday started off like any other day for plumber Carlos Carrillo and his colleague — but they were soon called upon to save the life of a dog some heartless person had left to die. 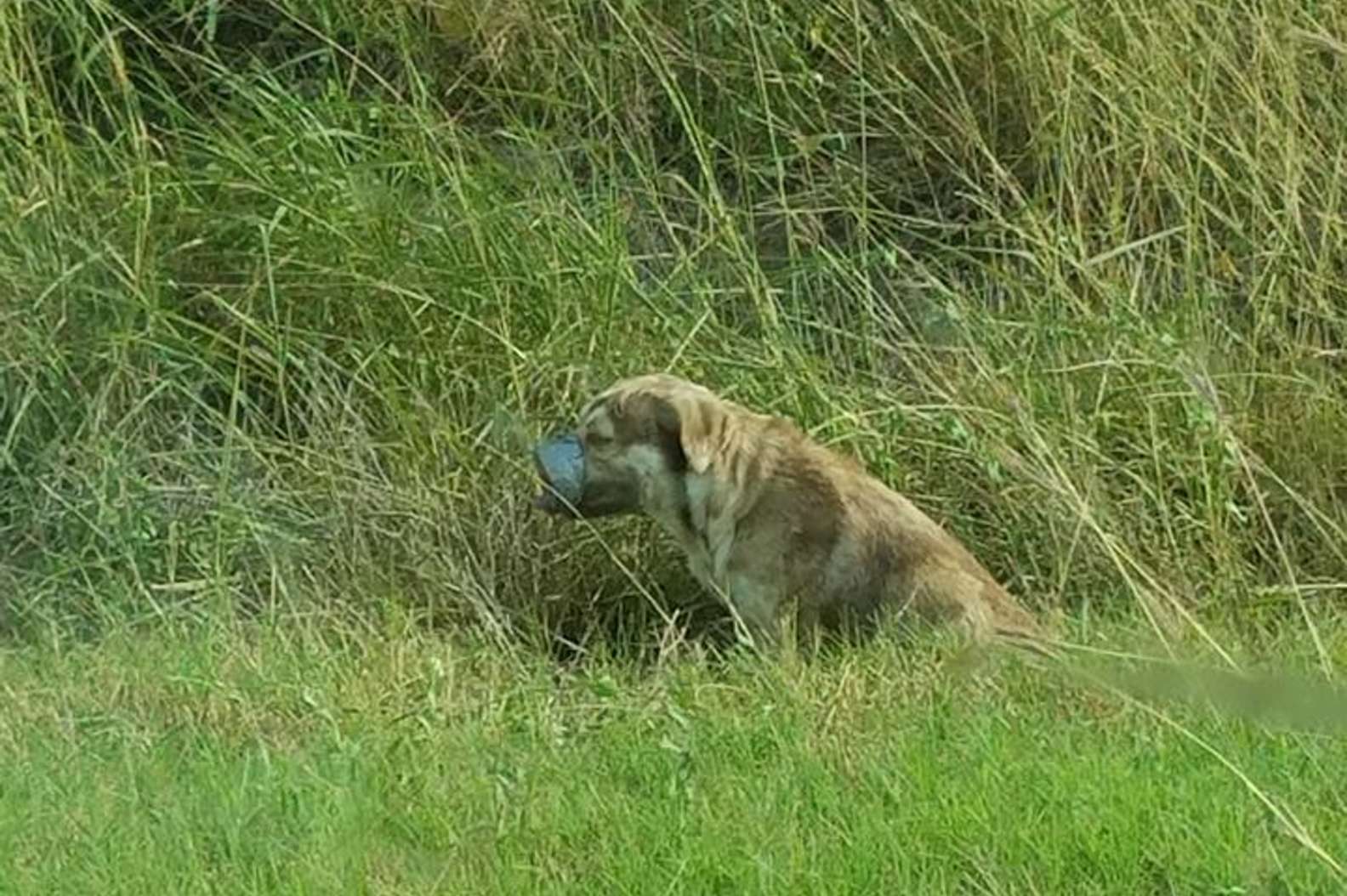 While heading out to a job in Robstown, Texas, the two Shoreline Plumbing employees noticed an unusual figure in a ditch off the country road they were on. They weren’t sure what it was they had just seen, but fortunately they decided to stop to have a closer look.

“We didn’t know he was a dog at first,” Carrillo told The Dodo. “We reversed and saw him.”

They quickly discovered the dog was in desperate need of help; he’d been tied up with tubing, and his mouth was duct-taped shut. 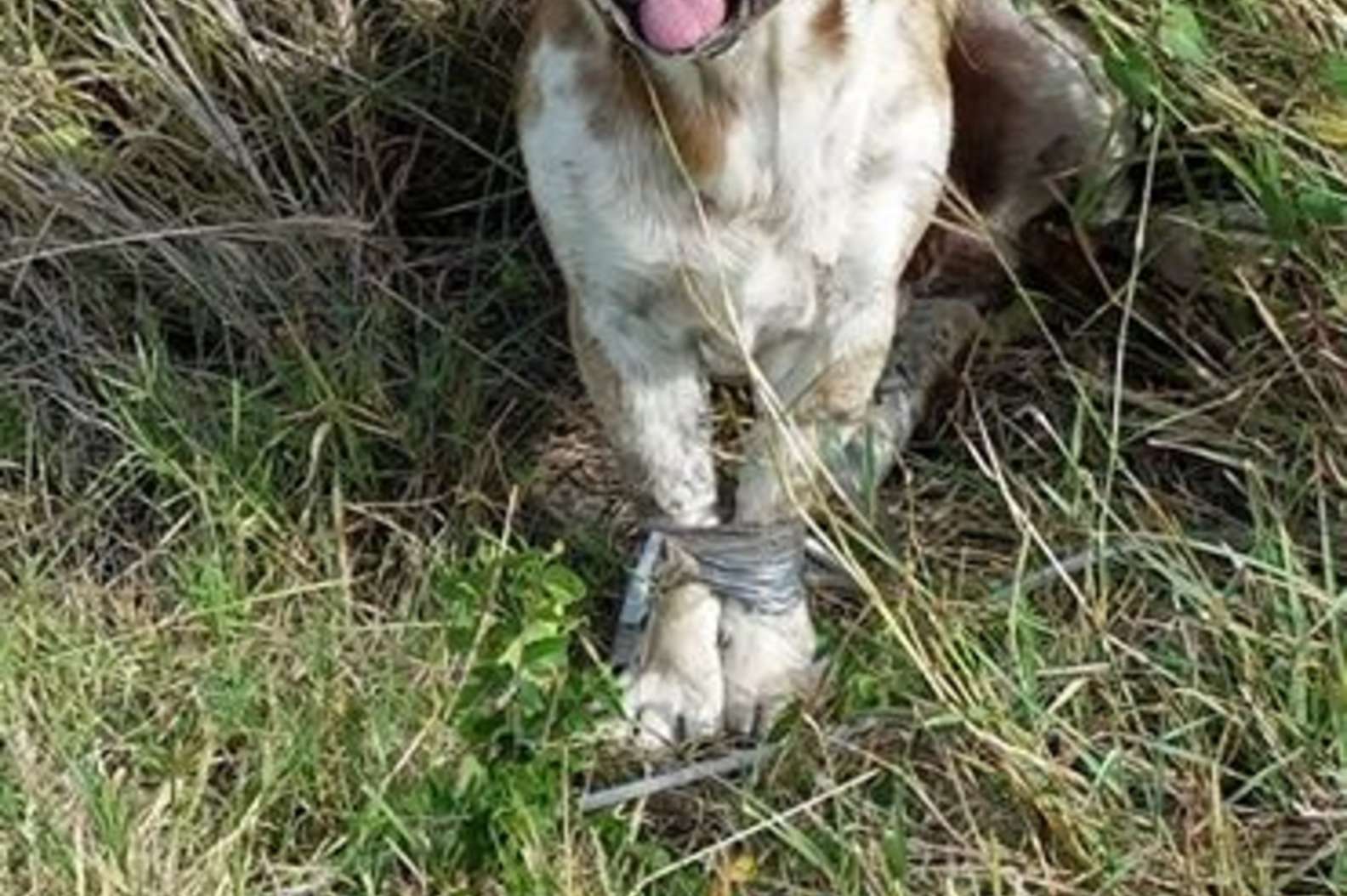 Whoever had left the dog in that state had clearly intended for the dog to die there all alone — but Carrillo and his partner weren’t about to let that happen. They came to the rescue, and cut him free.

“He seemed OK,” said Carrillo. “He was very loving and liked the attention. He was probably just there for a day or so.” 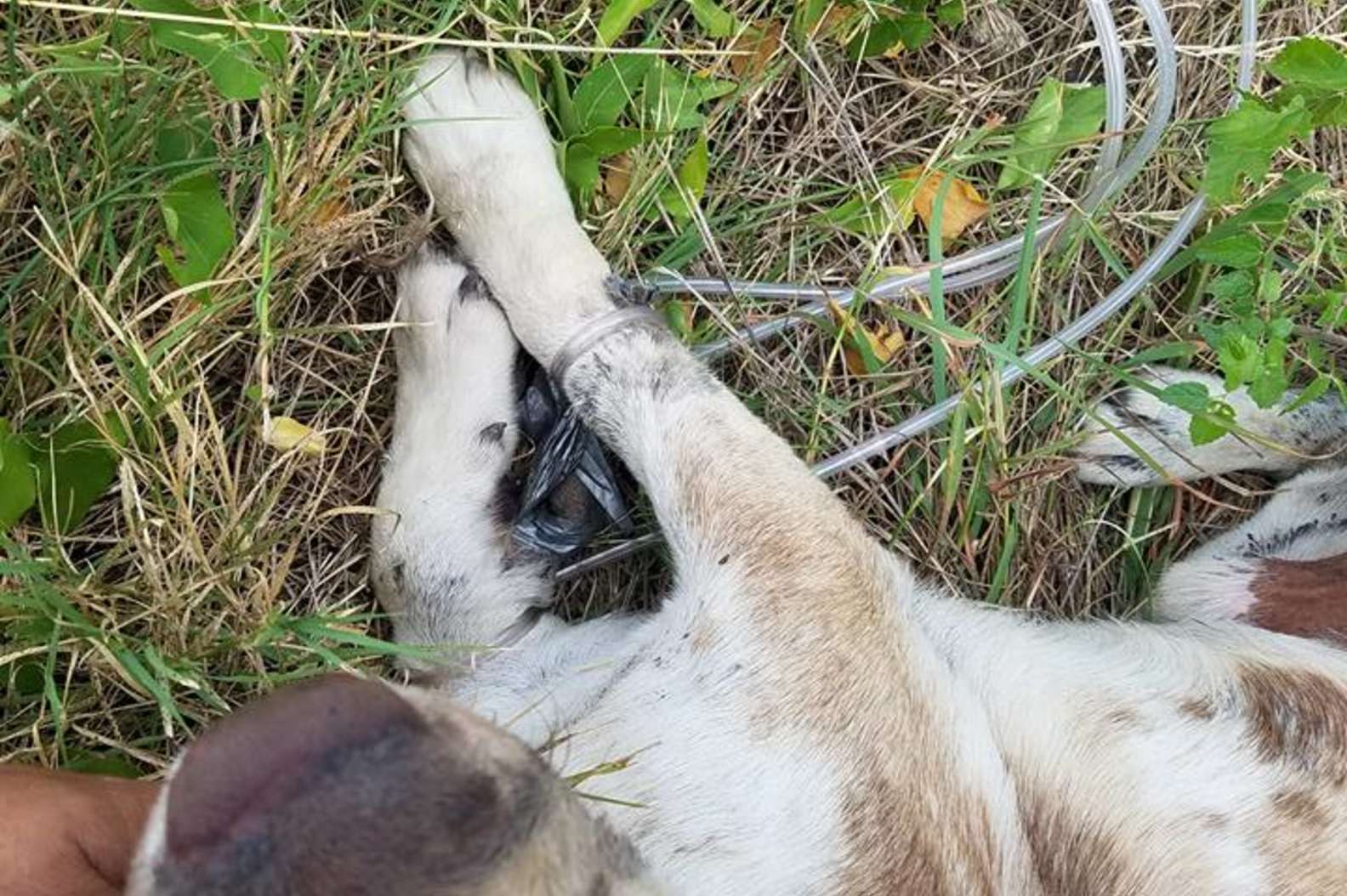 Afterward, the two plumbers loaded the dog into their vehicle and headed to Peewee’s Pet Adoption, a nearby no-kill shelter. Despite all he’d been through, the dog was full of gratitude for the people who had stopped to help him.

“Look at that face,” said Carrillo. “He knows he was saved!” 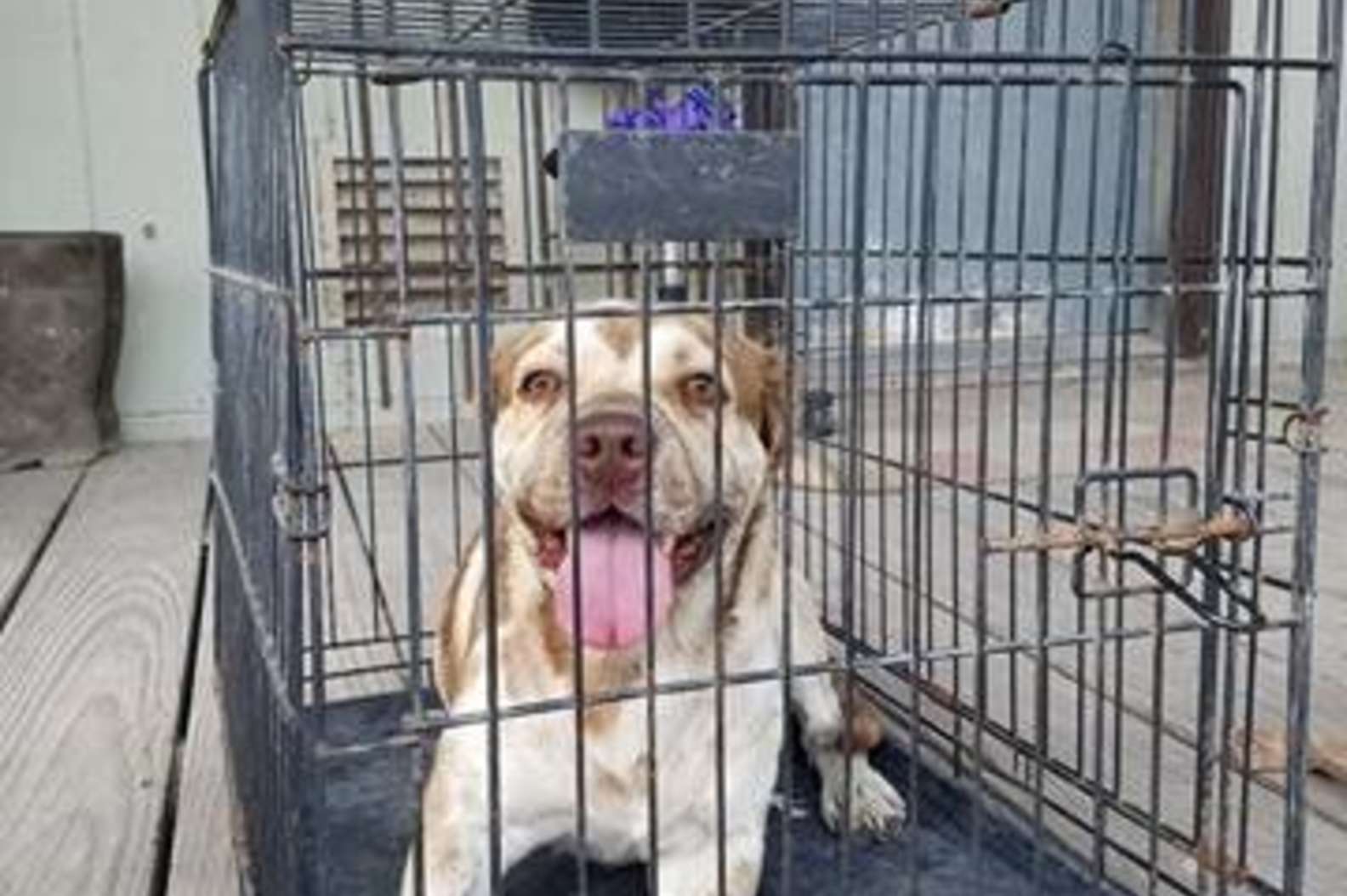 Fortunately, an examination found the dog to be in generally good condition after his ordeal — but he does have heartworms, which will require ongoing treatment. Mostly, though, he just seems happy to be alive.

“His tail won’t stop wagging,” a spokesperson at the shelter told The Dodo. “He’s such a sweetheart.” 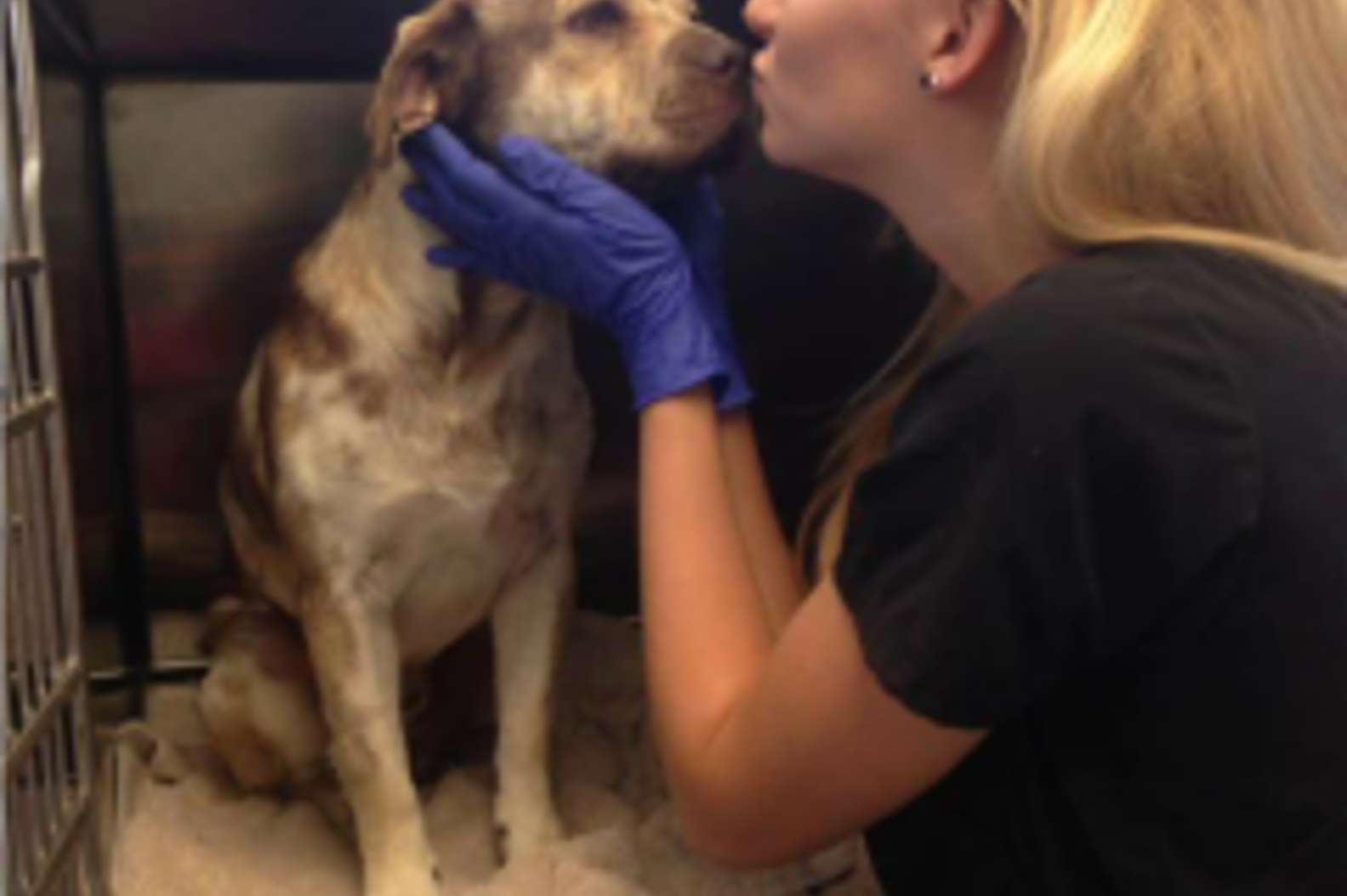 Sadly, the perpetrator who left the dog to die might never be found or brought to justice. But thanks to his rescuers, the mistreated pup’s life wasn’t cut short as that person had hoped. Now, he’s waiting to find his forever home.