To visit his friend, Rick Anderson has to strap on an oxygen tank, put a regulator into his mouth and dive into the ocean off the coast of Nobbys Beach in New South Wales, Australia.

Anderson’s friend is a 6-foot female Port Jackson shark. She doesn’t have a name, but Anderson recognizes her by her markings. 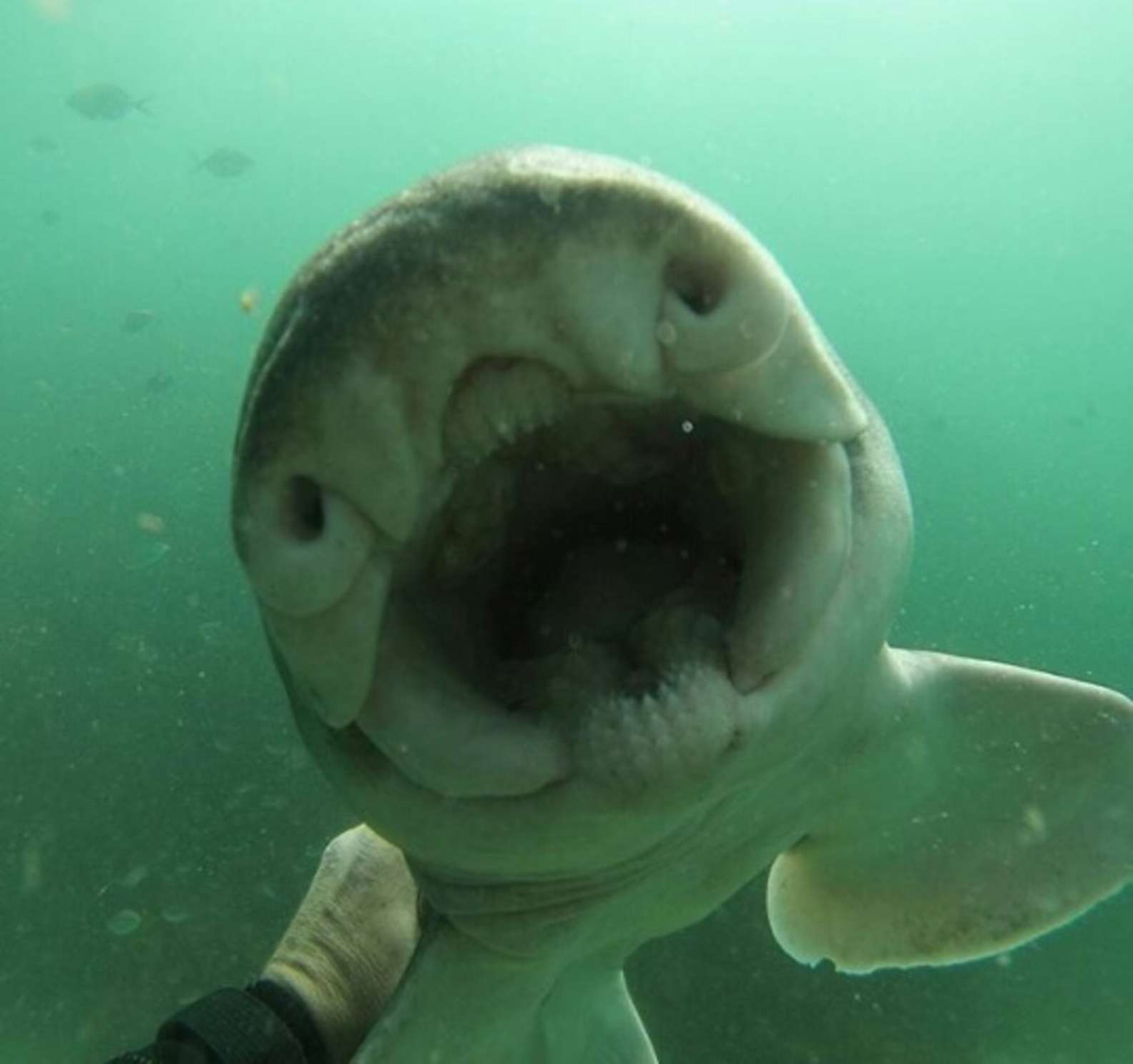 And she always recognizes him, according to Anderson.

“I started playing with her about seven years ago when she was just a pup about 6 inches long,” Anderson told The Dodo in 2017. “I approached her carefully so as not to spook her, then began to gently pat her. Once she got used to me, I would cradle her in my hand and talk soothingly to her through my regulator.” 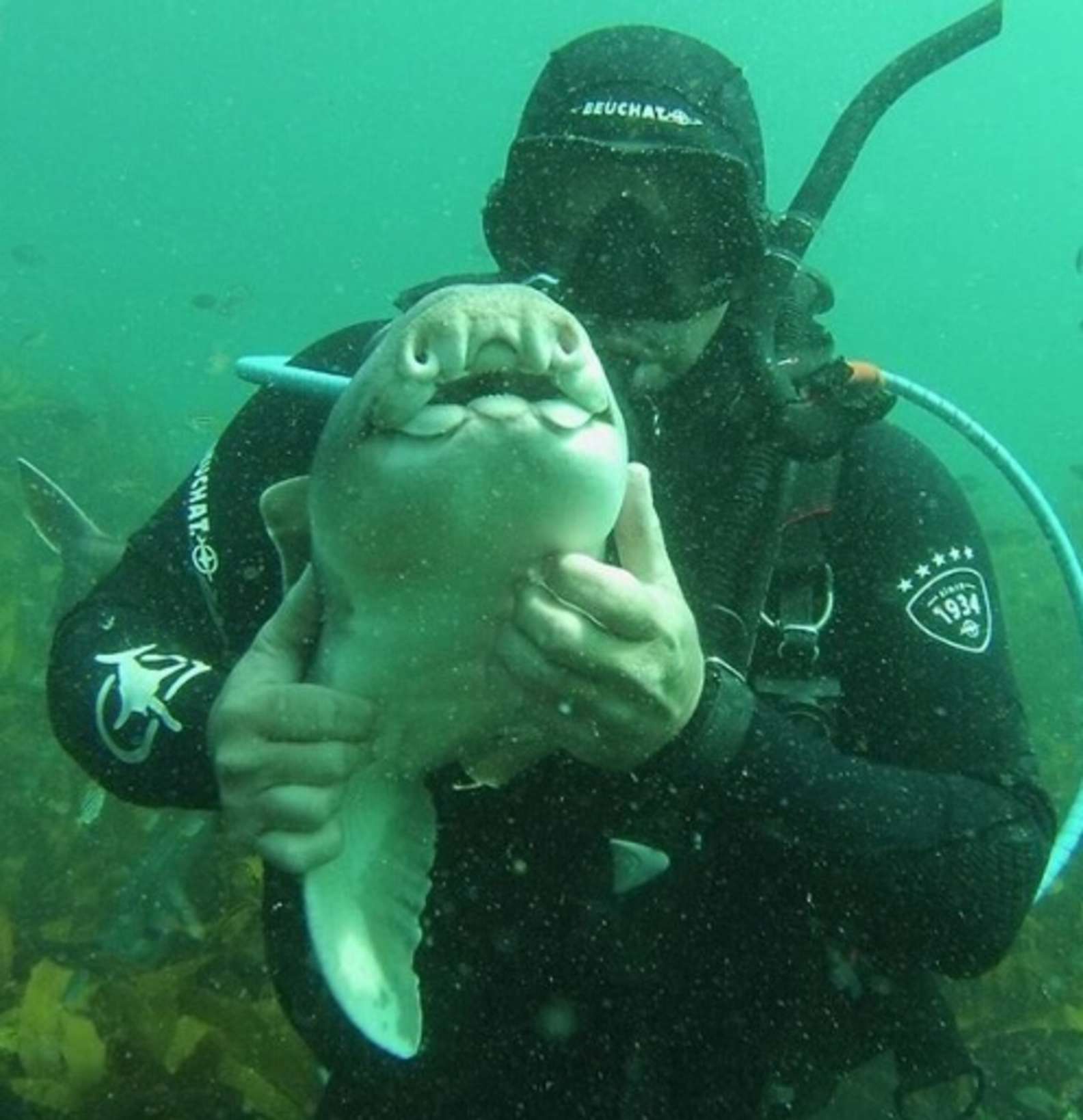 “I did this each time in the first season she was here,” he said. “Then over the following seasons, she’d recognize me and would swim up to me for a pat and cuddle. She soon got used to me — to the point where she will swim up to me when I’m going past, and tap me on the legs until I hold my arms out for her to lay on for a cuddle.” 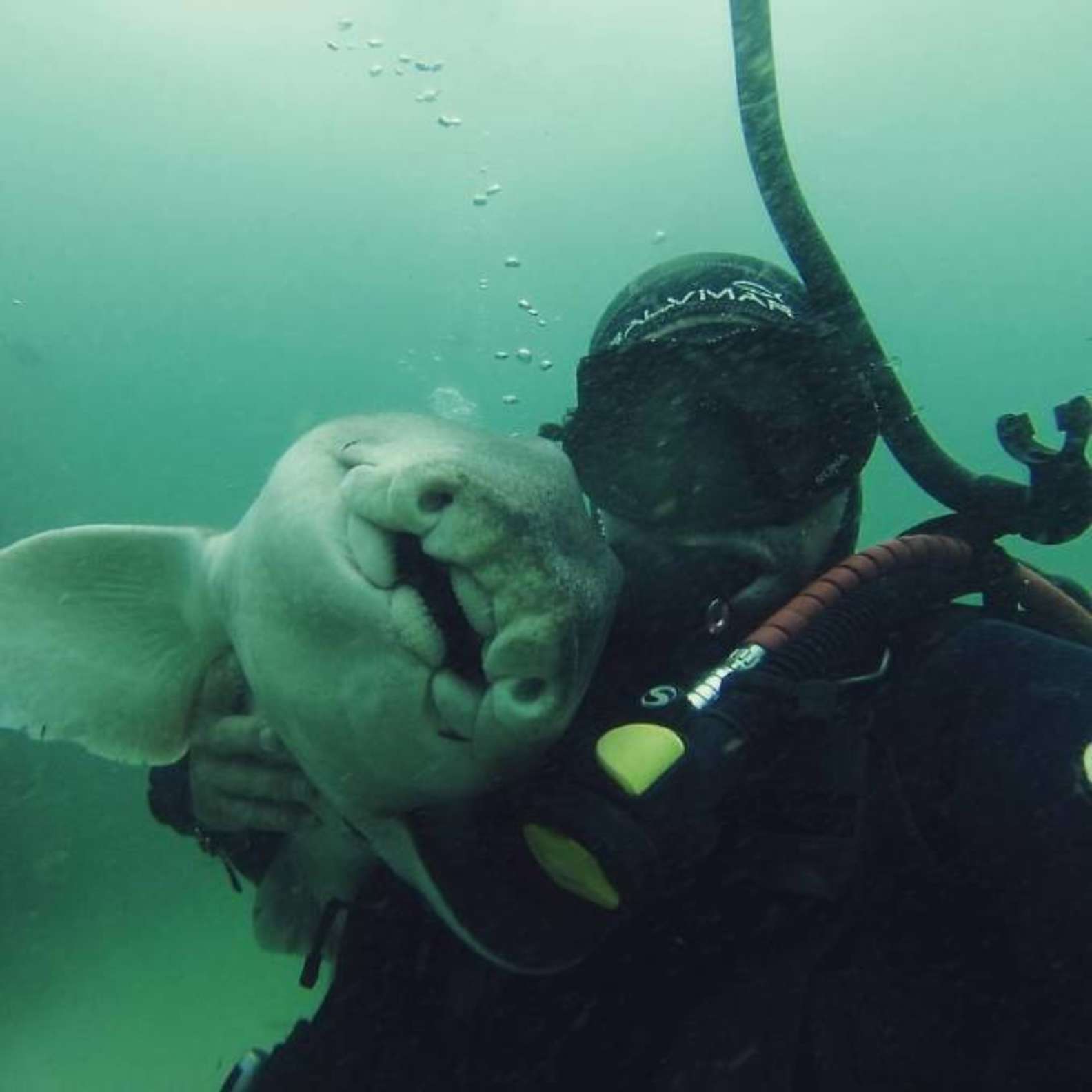 “Most divers seeing this for the first time can’t believe it,” he added. “I don’t feed her or any of the other sharks I play with — I basically treat them like I would a dog.” 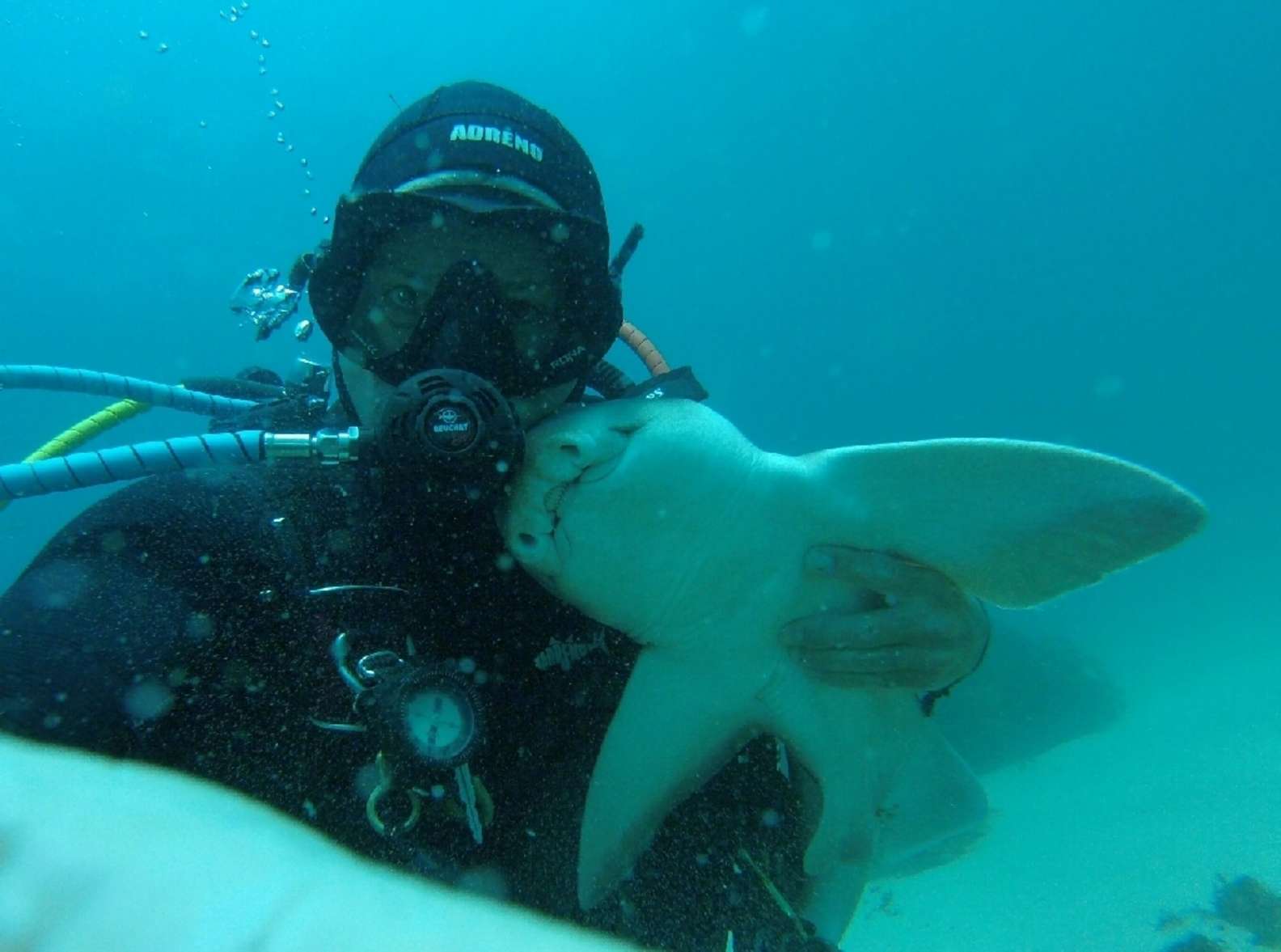 Port Jackson sharks are a lot smaller than great white sharks, but any kind of shark tends to ignite fear, especially as the media often wrongly portrays sharks as dangerous to people. In reality, people are far more dangerous to sharks — it’s estimated that people kill 73 million sharks per year. 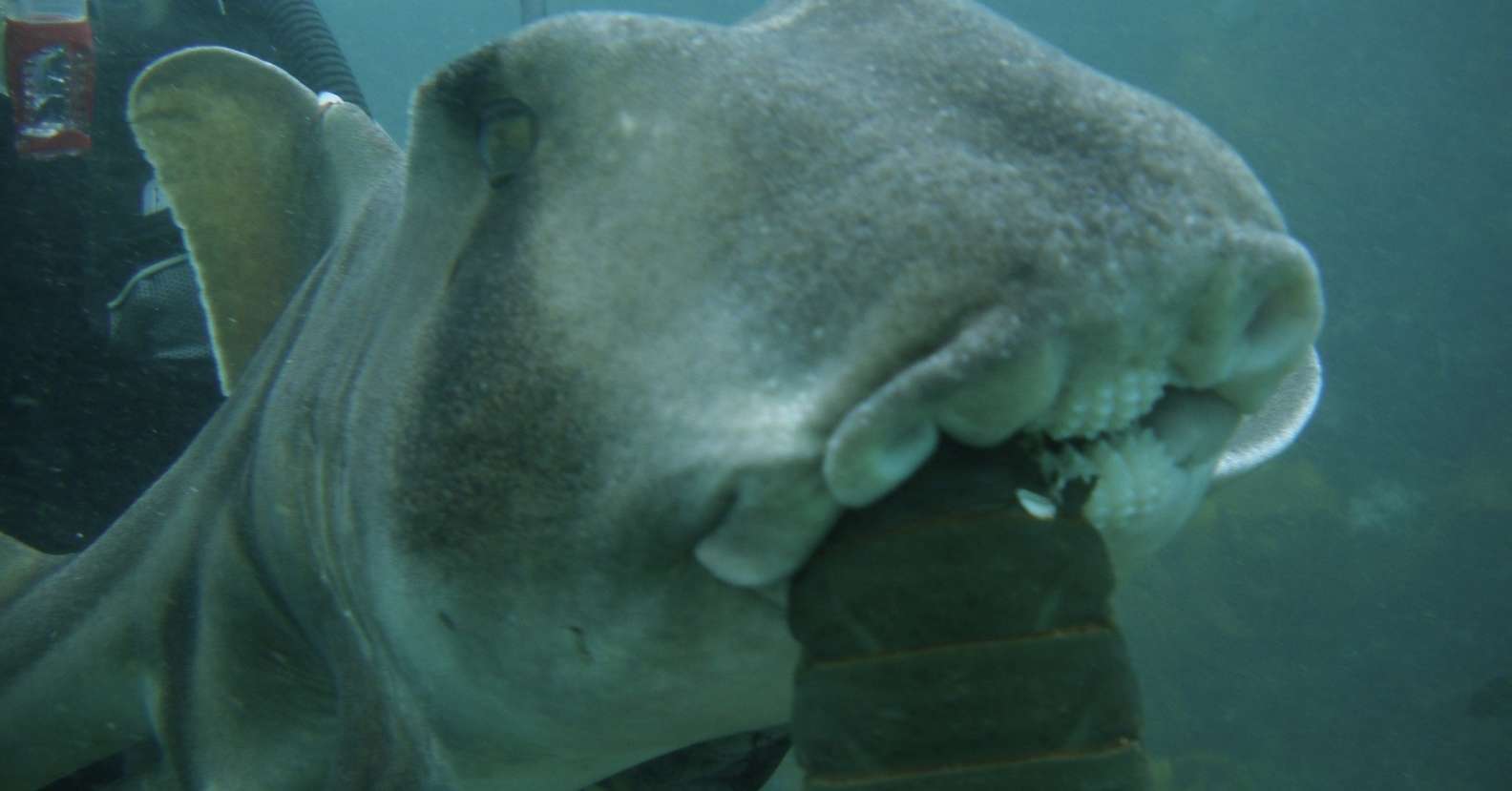 Anderson, who’s been scuba diving for more than 30 years and runs a dive school, hopes his friendship with this Port Jackson shark will make people less fearful of sharks. 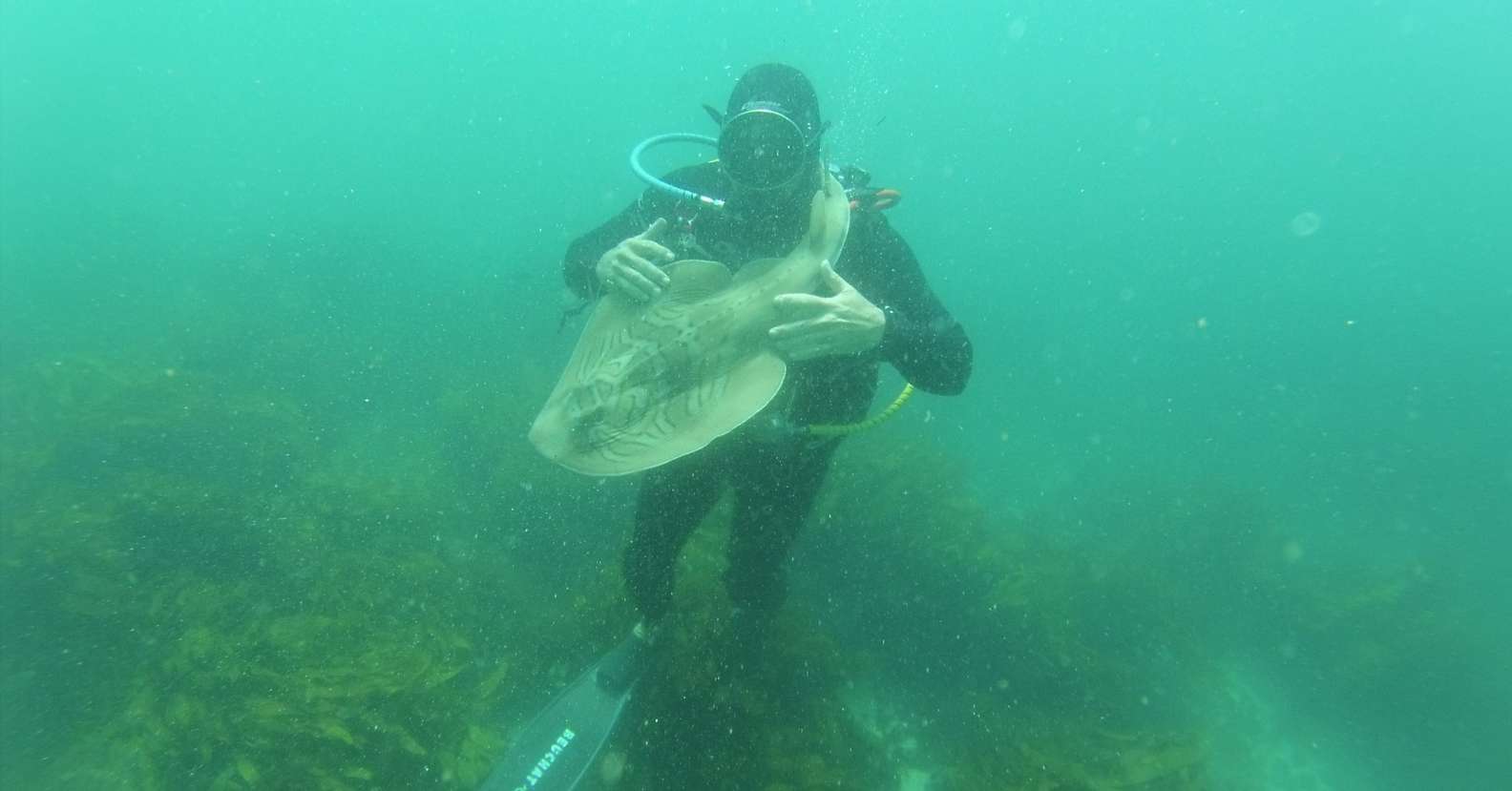 “The biggest misconception about sharks is that they are all mindless killers lying in wait for people to enter the water so they can be devoured,” Anderson said. 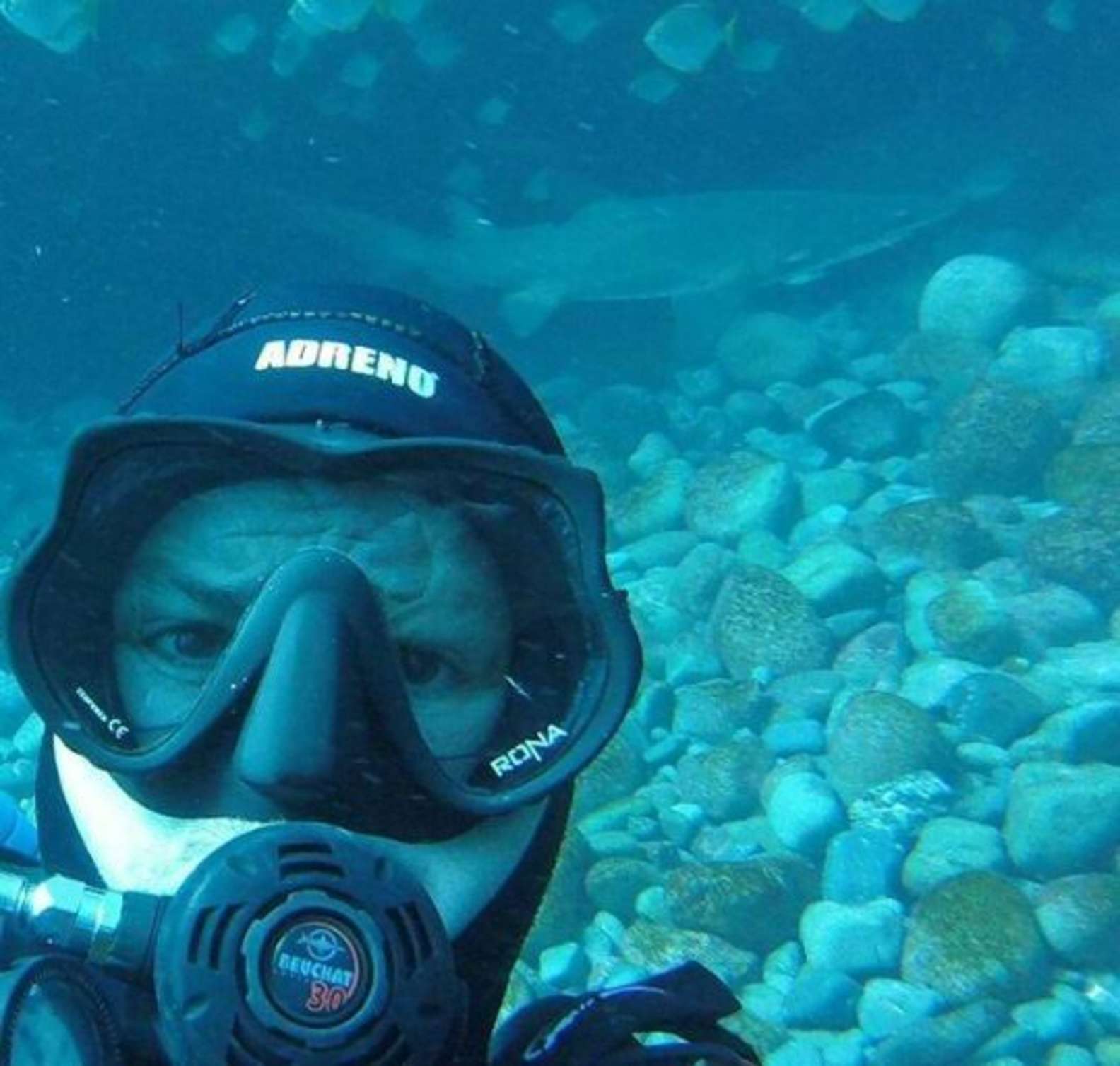 “I have always felt comfortable swimming with these animals,” he said.

Anderson is always open to giving a shark a cuddle, and even after so many years, his friend — the Port Jackson — can’t seem to get enough of Anderson.