As Officer J.N. Rowsey of North Carolina’s Durham Police Department headed to work earlier this week, she had no idea she’d wind up on a call that would change her life.

But by day’s end, there’d be two lives that were changed for the better. 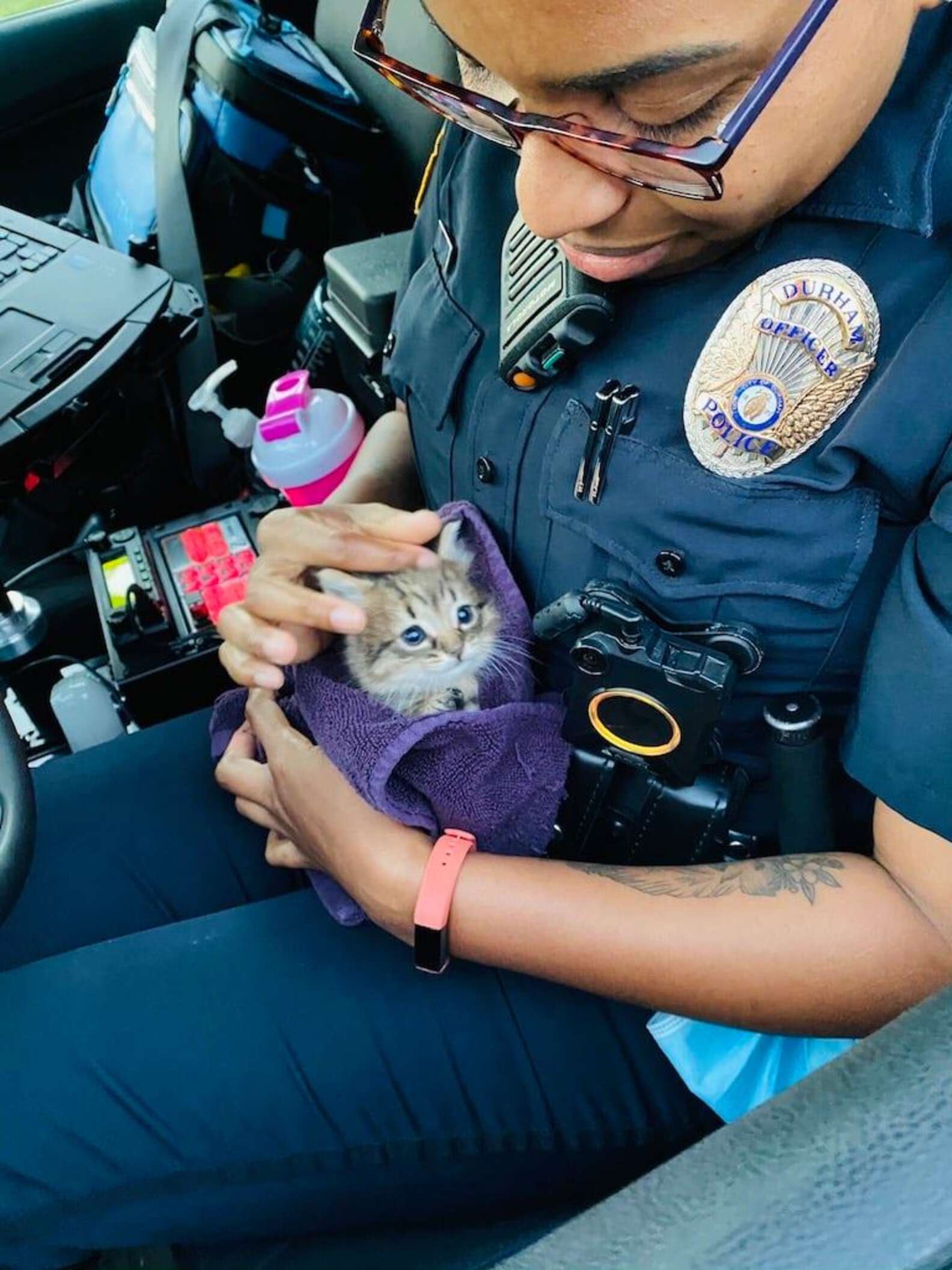 While on routine patrol through a neighborhood, Rowsey and her partner spotted a tiny kitten who was all alone, scared and in distress. The officers decided to stop, dropping everything to lend the kitten a helping hand.

“[They] searched the neighborhood in an attempt to find the kitten’s owner or its mother,” the Durham Police Department wrote. “But [they] had no luck.” 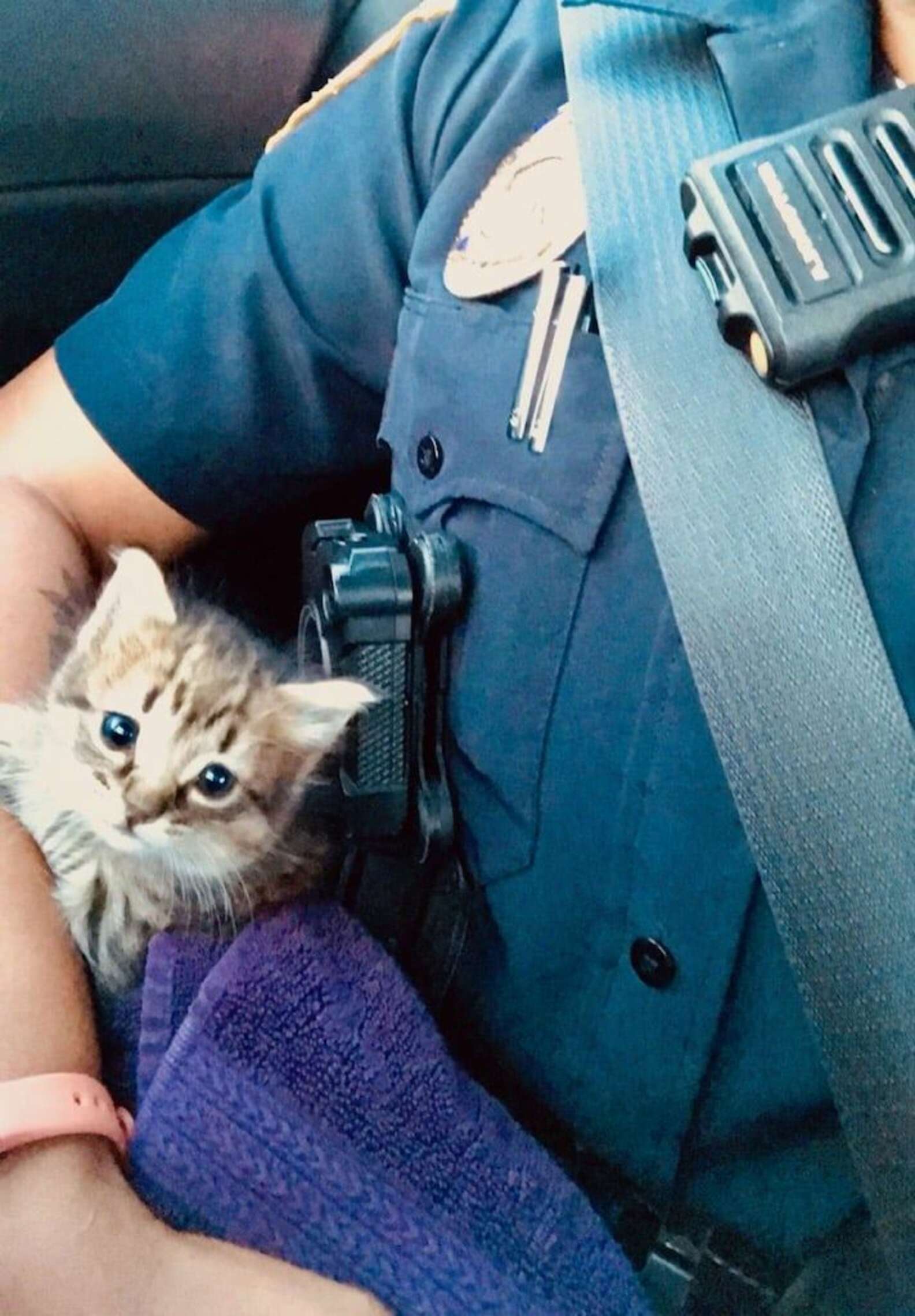 It eventually became clear that the little stray kitten had no owner or a place to call her own. But it didn’t take long for that to change.

After a brief time in Officer Rowsey’s kind presence, the kitten chose her as her new mom. And Rowsey couldn’t help but accept it. 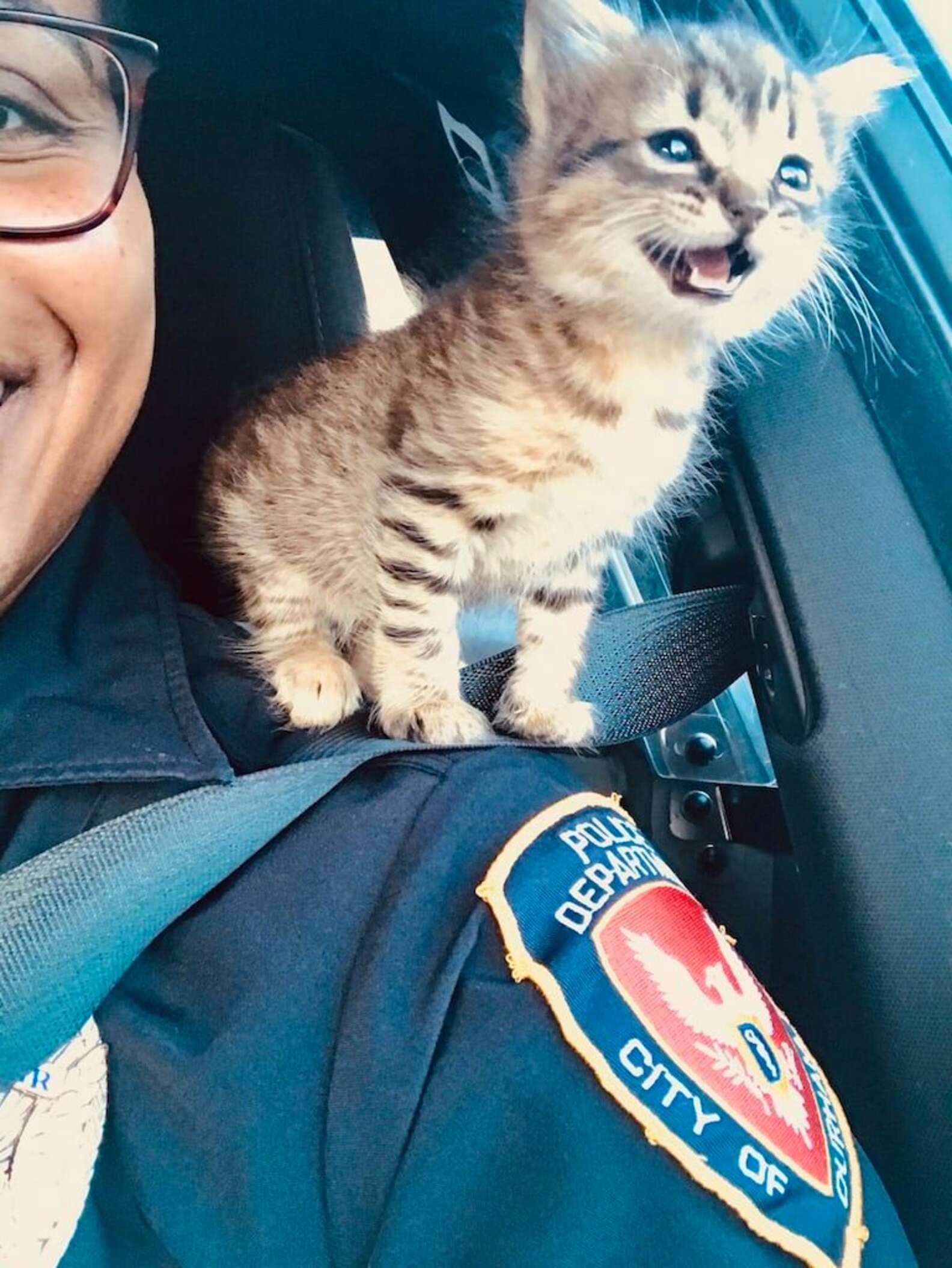 What began as a routine stop to help an animal in distress ended with the start of a new friendship that will last a lifetime.