You can meet the love of your life in the most unexpected of places — just ask Agatha and Jukebox, two pit bulls currently living at the Pima Animal Care Center in Tucson, Arizona.

The two dogs entered the shelter separately: Agatha as an owner surrender and Jukebox as a stray. But as soon as they found each other, their connection was unquestionable. 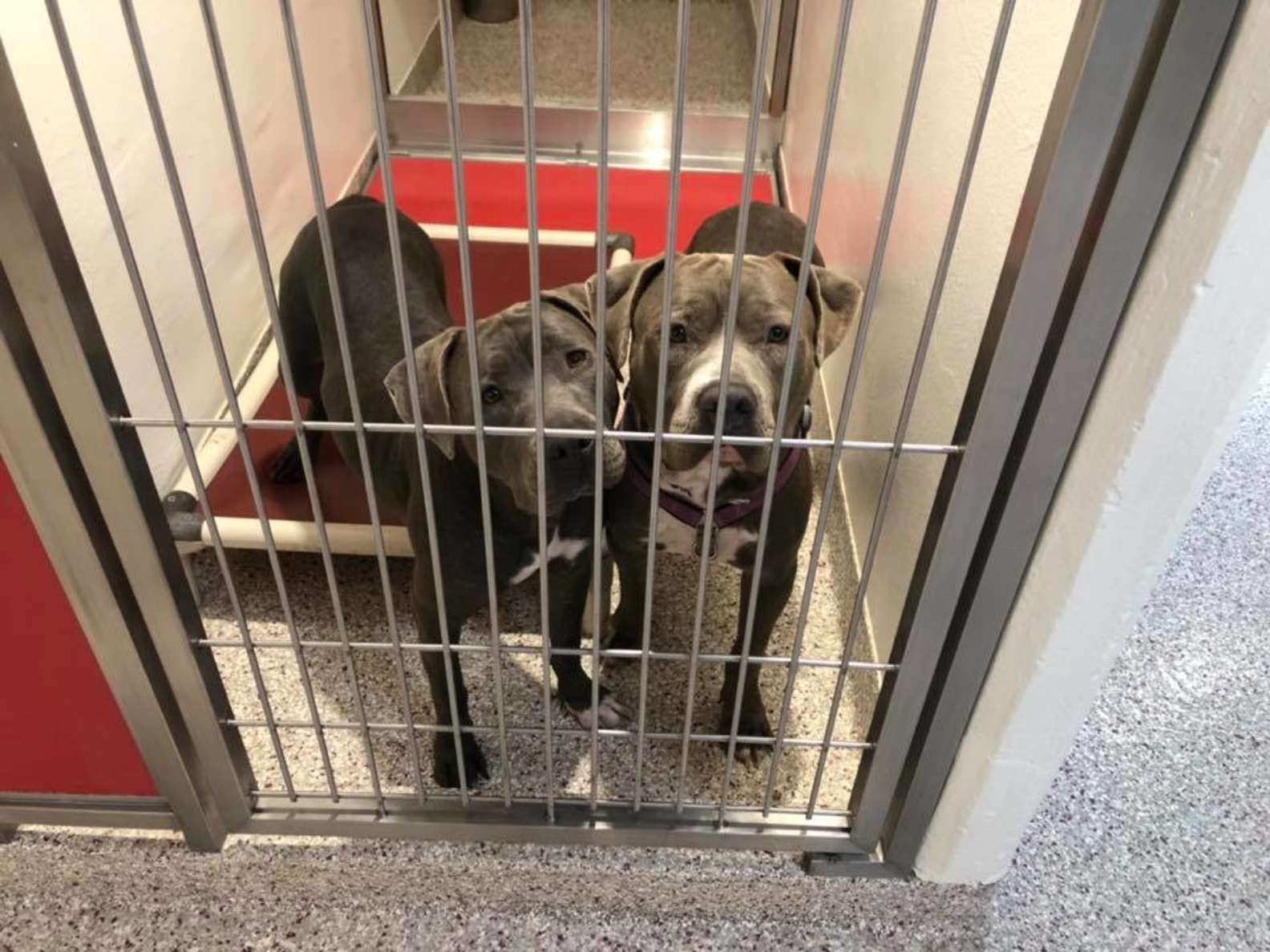 “Typically when a bonded pair of dogs come in the shelter, they’ve spent their whole life together,” Kristen Hassen-Auerbach, director of animal services, told The Dodo. “But with these two, they didn’t know each other. They met in a playgroup one day and from the second they laid eyes on each other they became inseparable.”

Both pups had been struggling to adjust to shelter life, but their growing friendship quickly soothed any anxiety and depression. “Despite the fact that they are living this life of confinement, which is super stressful on most dogs, they take so much comfort in each other’s presence,” Hassen-Auerbach said.

The two pups now share a single kennel, which allows them to spend all their time together. They don’t care much for personal space, preferring to snuggle on one cot when it’s time for lights out.

“There’s plenty of space for them to stretch out,” Nikki Reck, public information officer for Pima Animal Care Center, told The Dodo, “but they share that tiny little bed together and that’s how they prefer it.” 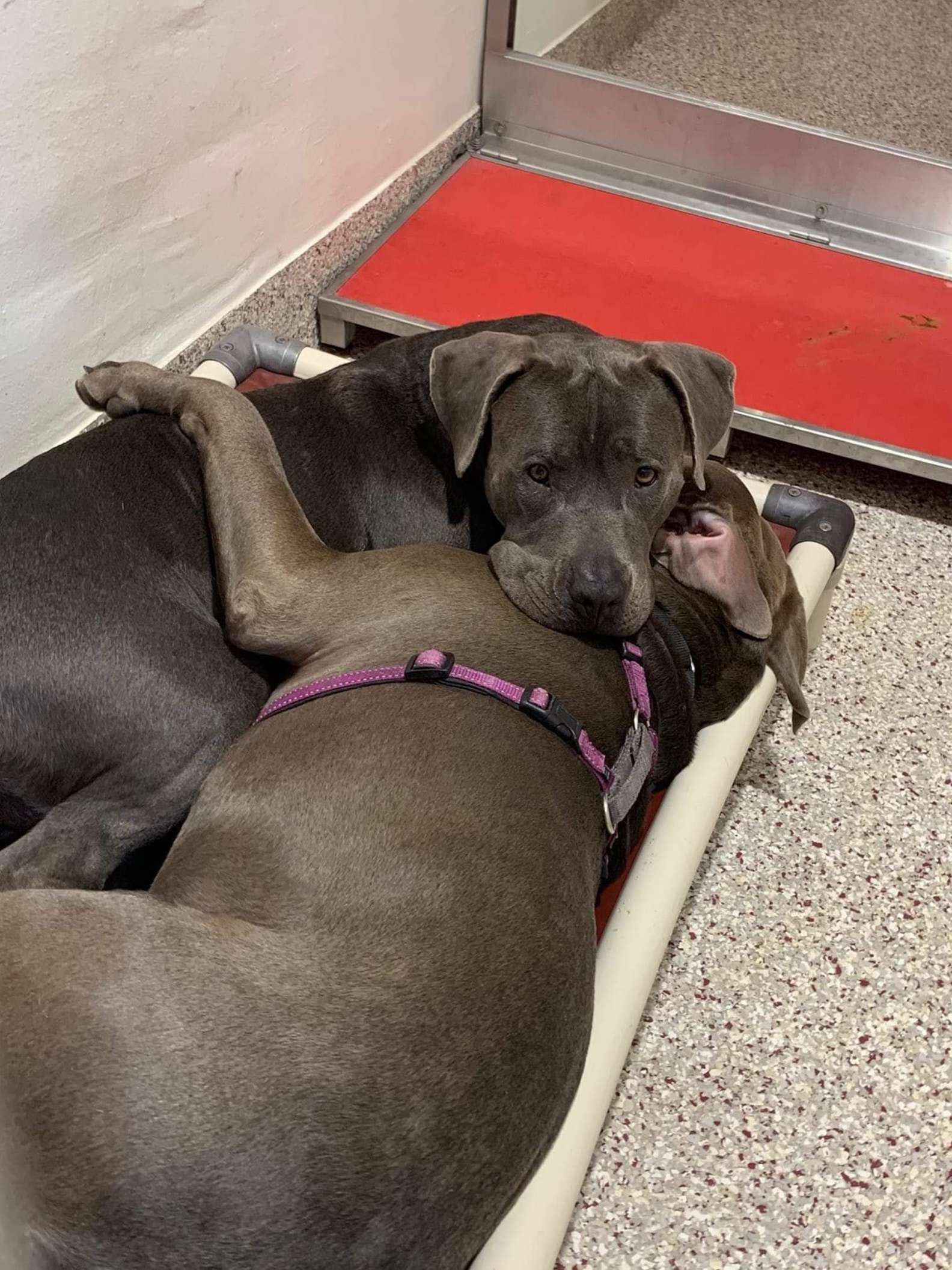 A photo of the two dogs snuggled up together recently went viral after Reck posted it on Facebook. Shelter staffers are hopeful that the attention on social media may help find Agatha and Jukebox a forever home — together.

“Typically we don’t say ‘these two have to be adopted together’ because that makes it take longer for them to find a home,” Reck said. “But with these two, we just can’t bring ourselves to split them up, so we’re hoping against hope that we can find a home for them together because the two of them are meant to be.”

Meanwhile, Agatha and Jukebox are doing their part to make potential adopters who happen to stroll by their kennel fall in love with them.

“Every time people come in the shelter they catch their attention,” Hassen-Auerbach said. “You walk by their kennel and they’re always doing one of 20 cute things. They’re either laying upside down on their backs together, or one of them is licking the other one.” 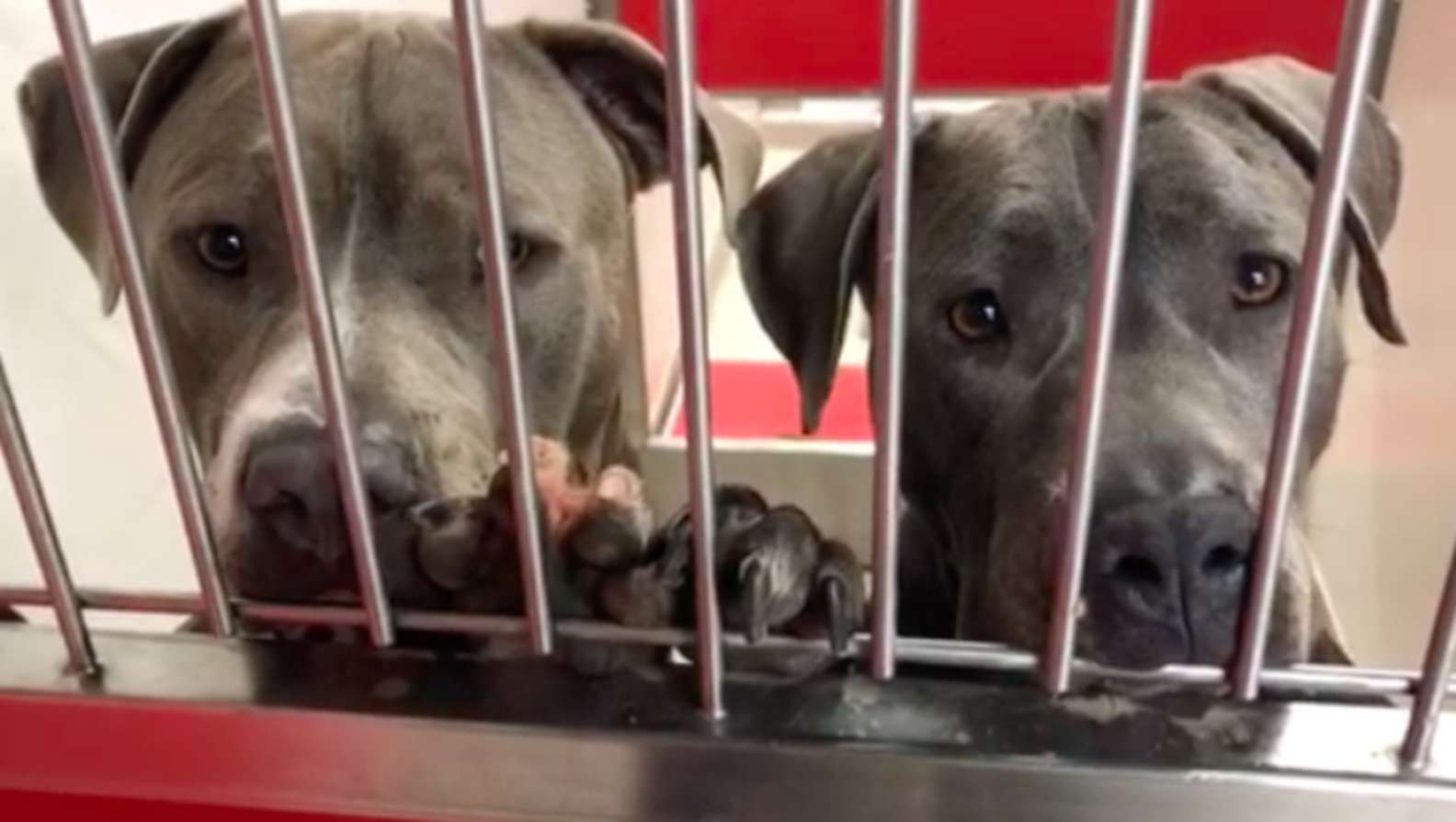 It’s something of a miracle that the two dogs met at all: Pima Animal Care Center takes in 17,000 animals a year and is currently housing over 400 dogs. With so many shelter dogs to care for, the sooner the deserving pups can find a home, the better. However, the shelter staff is aware that taking on two large, energetic dogs isn’t for everyone.

“We’re just looking for a home that’s going to appreciate them as much as we do,” Hassen-Auerbach said. “They’re like doggy TV for us. When any of us are having a hard day or feeling down, we just go watch Agatha and Jukebox together and you feel happier.”