A terrified little poodle, who was saved from a puppy mill with about 700 other dogs, is finally starting to experience what human kindness feels like — but it was a long time coming.

The pup, now named Jordan Knight, was rescued from a licensed breeder in Georgia earlier this month after inhumane conditions came to light and police became involved.

But there’s perhaps no better testament to what life in a puppy mill is really like than what Jordan did on his first night in his foster home. 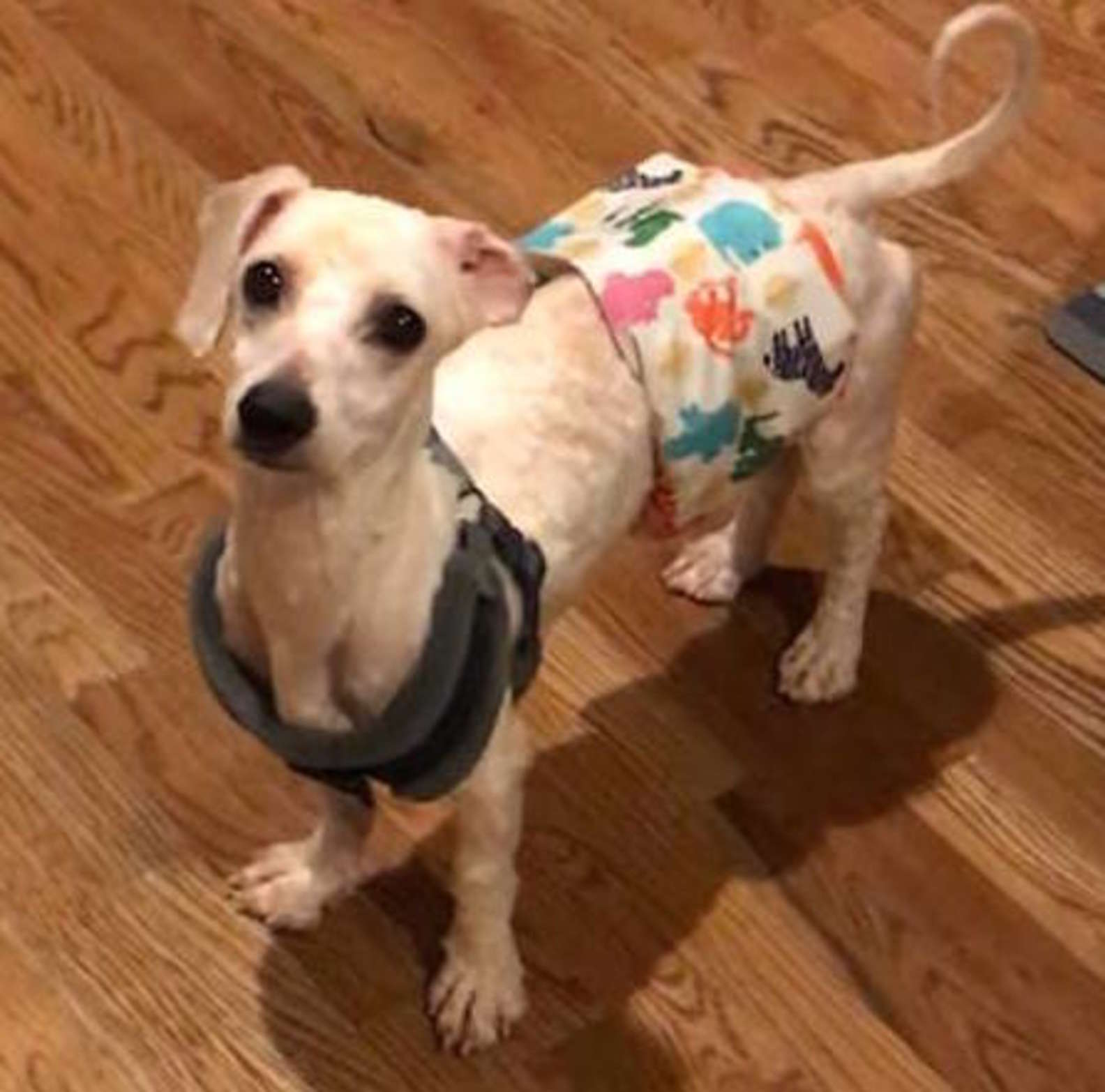 Melissa Lentz, Jordan’s foster mom, knew that the little puppy was terrified, and so she tried to give him the space he needed to get used to the massive change in his life.

She kept a close watch on Jordan as he went over to the dog bed in the corner. But instead of lying down, Jordan rested only the top of his little head on the edge of the pillow and, still standing, fell asleep.

“He was so used to standing to sleep due to his cramped cage,” Releash Atlanta, the organization that helped rescue Jordan and place him in foster care, explained. “He did the same thing on his first night in his foster home.” 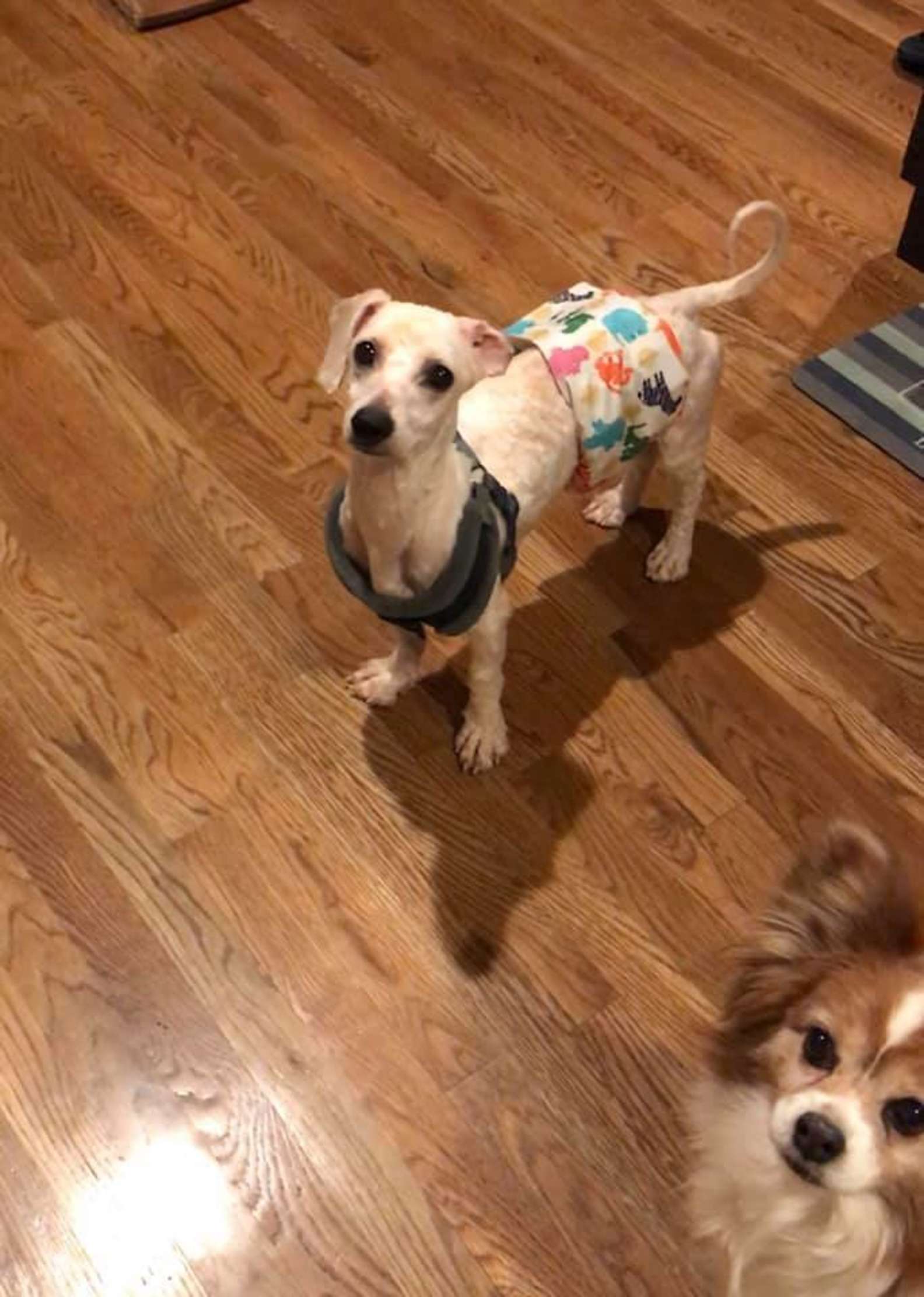 But it wasn’t long before Jordan began to learn that things were different in this place.

For one thing, he’s realized that the other dogs in the house — a group composed of fosters and forever-homed pups — are lighthearted and happy. 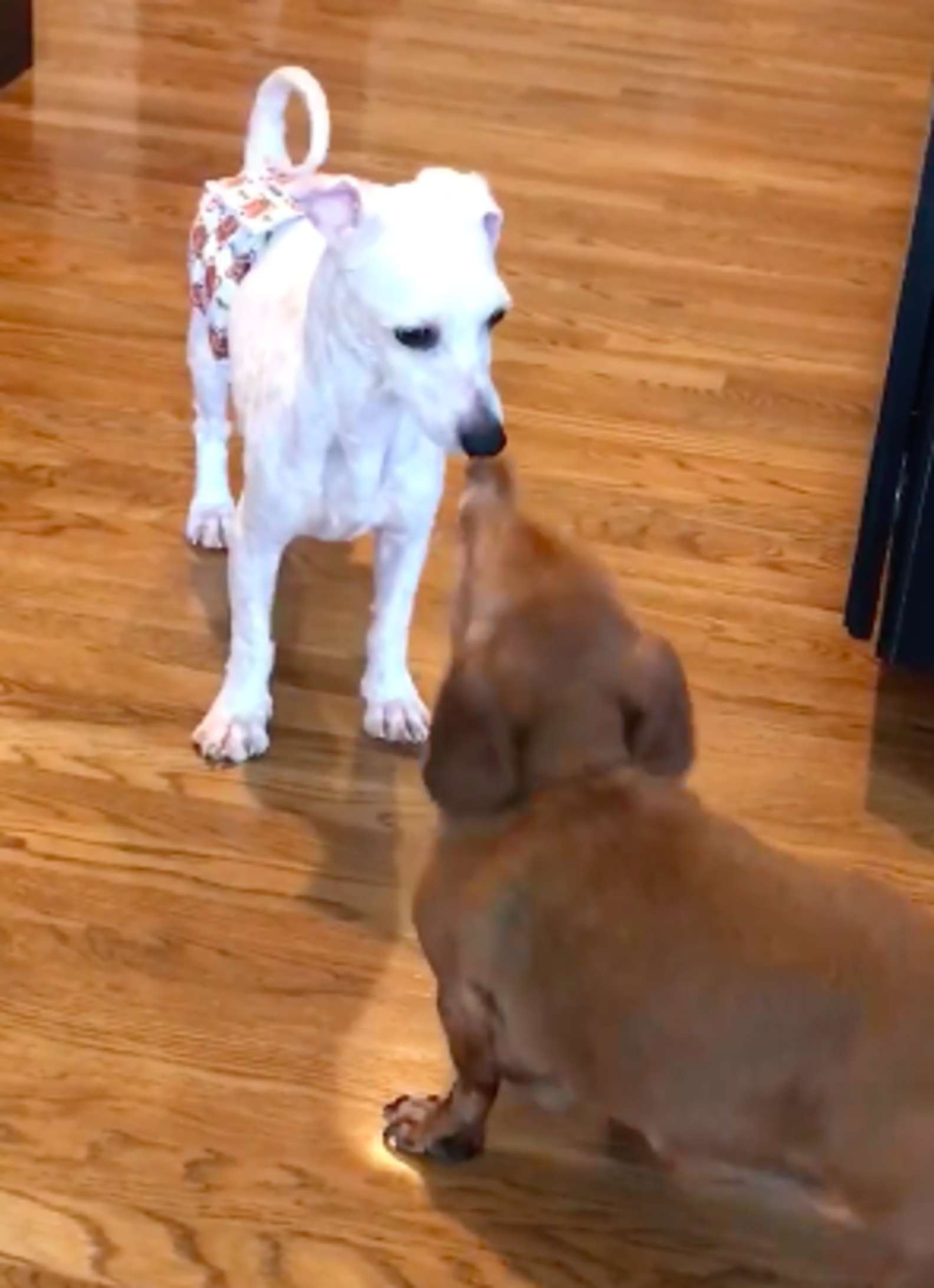 There is also a lot of room to explore, and many places where it’s OK to lie down. 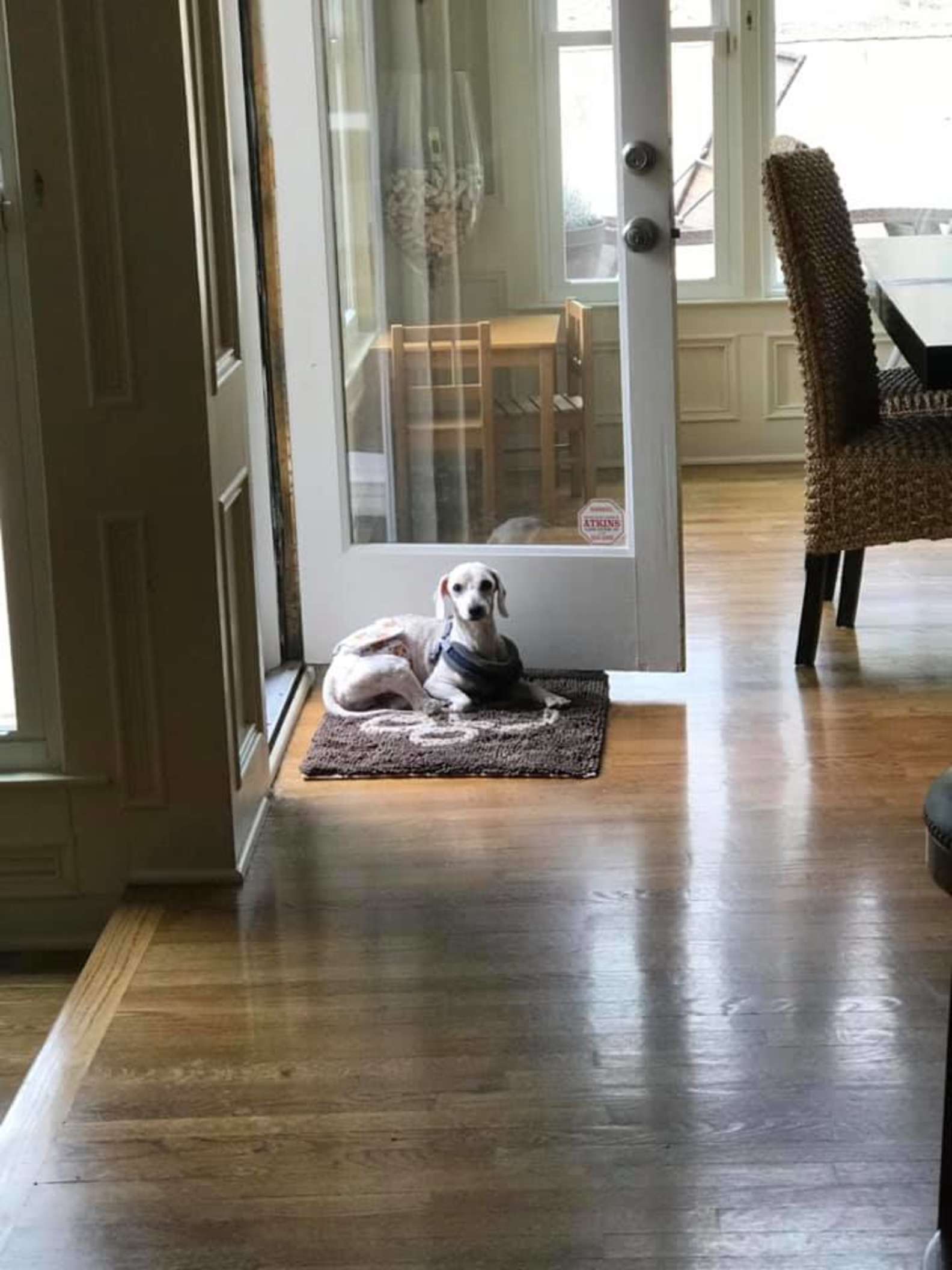 Jordan had a spa day, and learned that the warm water, followed by snuggling up in warm towels, actually felt good. 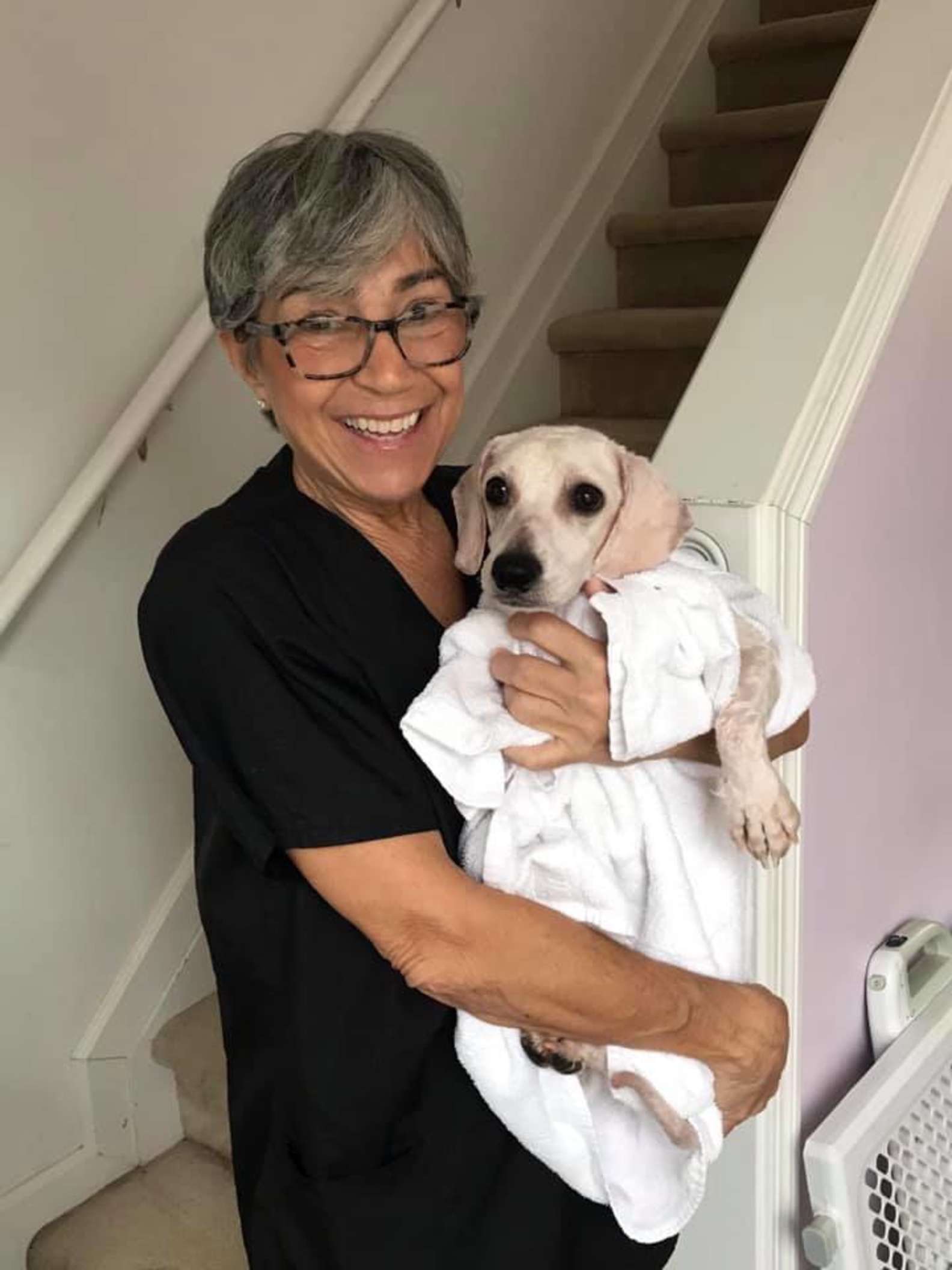 Jordan has discovered that he loves snuggling up on the couch with the other dogs — and he also really, really, really loves dinnertime.

And when his foster mom suggested that Jordan try sitting in her lap, he actually decided to give it a shot. 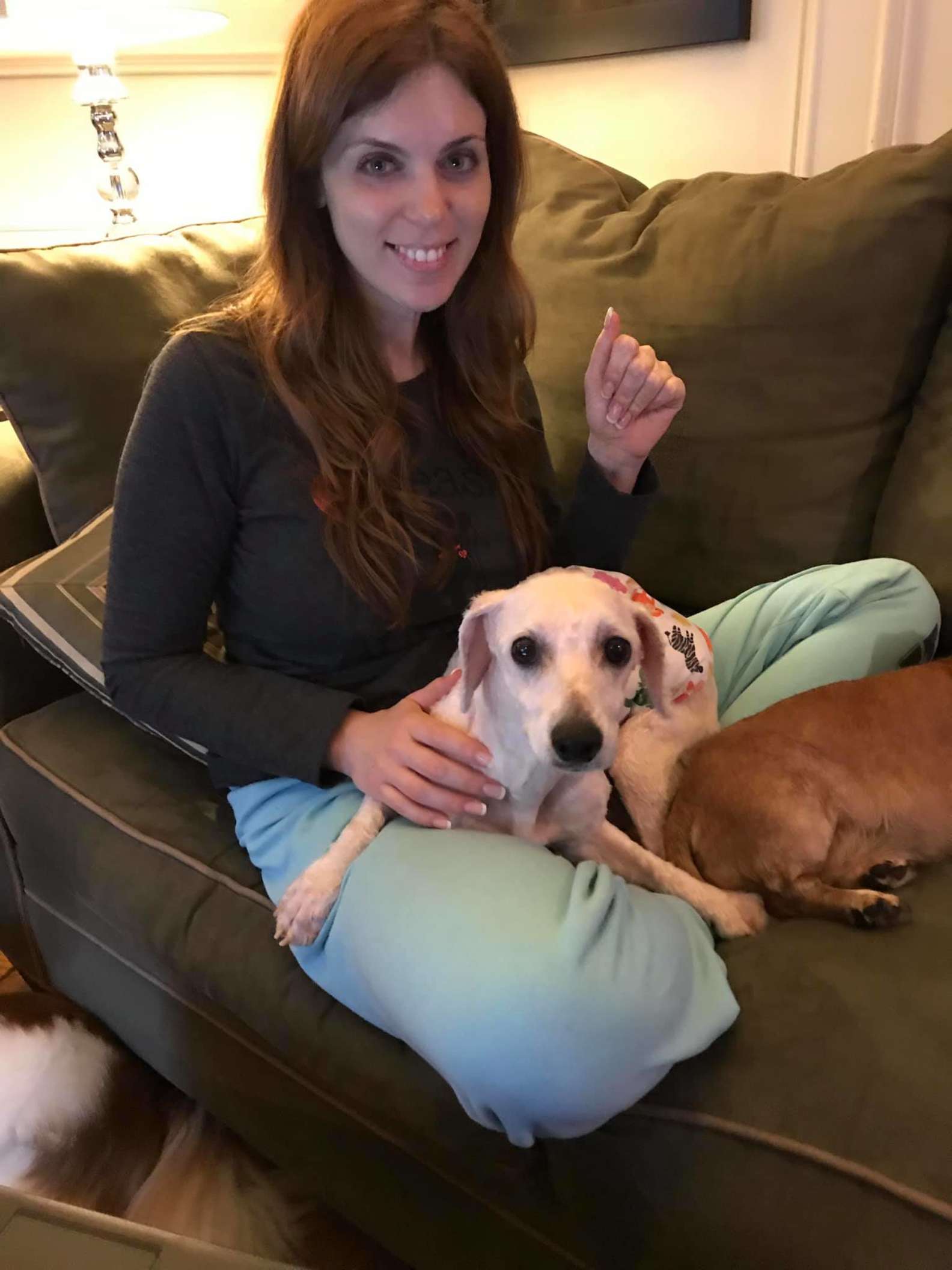 Jordan has also come a very long way from the first night in terms of his relationship with his bed. He lets himself climb right on in, and settle down.

“With a lot of love and attention from his foster family, he’s finally settling in,” Releash Atlanta wrote. “These dogs have been traumatized emotionally and mentally … To expect them to suddenly change overnight is impossible, but we are doing our best to erase their past and replace it with love, attention and comfort while they learn this whole new world of theirs.” 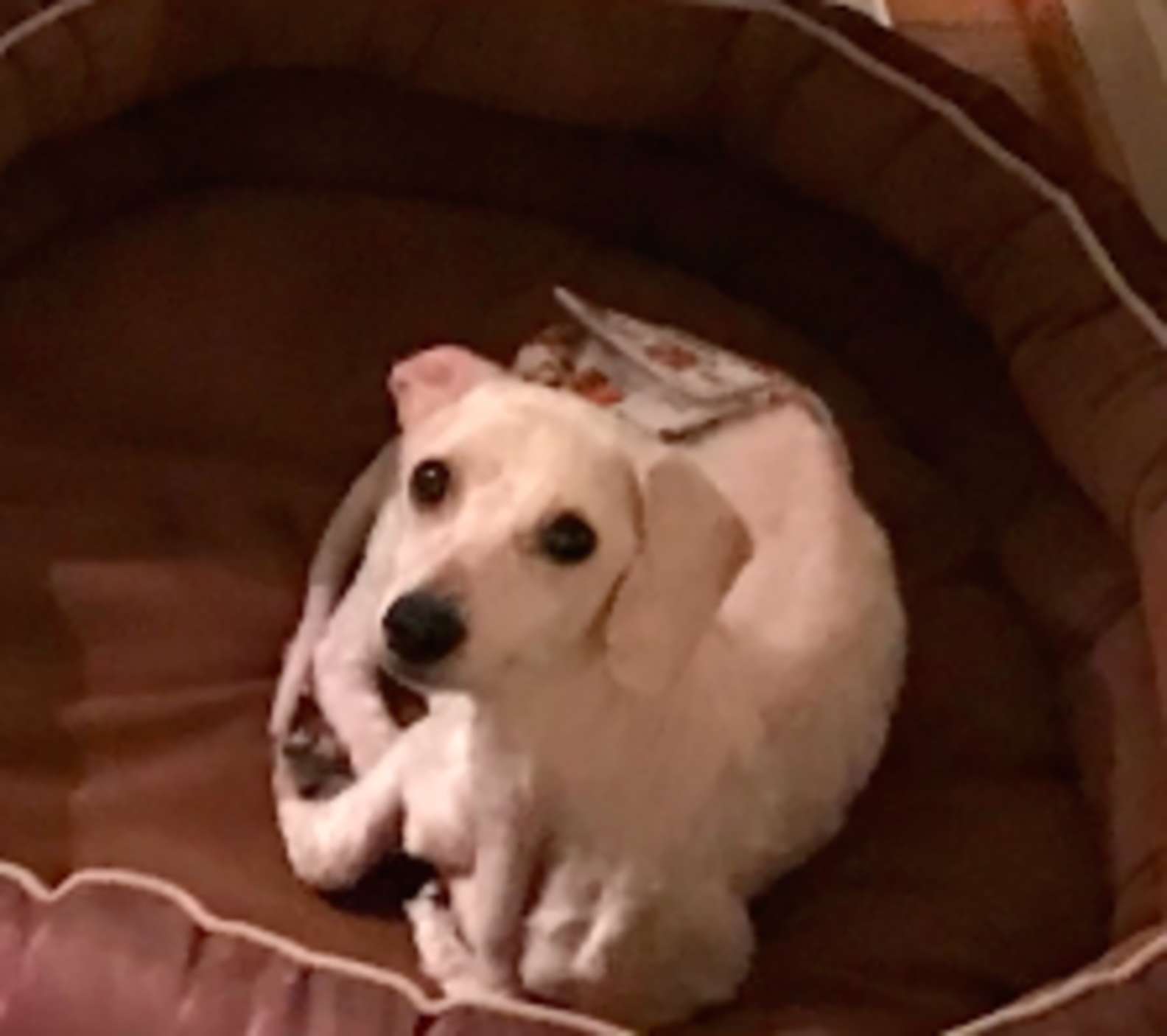 Jordan — and hundreds of other puppy mill survivors — will be looking for a forever home in the future, but the most important thing at the moment is to continue to recover.

“He will be [up for adoption],” Lentz told The Dodo, “as soon as he’s physically and emotionally ready!”