There are few moments more precious in a dog’s life than a hot summer’s plunge in the ocean. On Sunday, Lisa Delong stood on a beach in Halifax, Canada, watching her dog, Nellie, and soaking up every second of it.

Until Nellie became a distant speck on the water. And it was obvious she couldn’t find her way back to shore.

That’s when the terror set in.

“I think she thought she was going for a good swim and then got confused about where to go,” she tells The Dodo. “She couldn’t really differentiate between what shore to come back to.”

Indeed, Nellie, who was about 1,000 feet from shore, was swimming in slow, confused circles. Her horrified owner could only stand on the shore, helplessly.

“I’m not very big and certainly I knew I wasn’t strong enough to swim 300 meters [1,000 feet] in each direction and get her back. There was nothing I really could have done.” 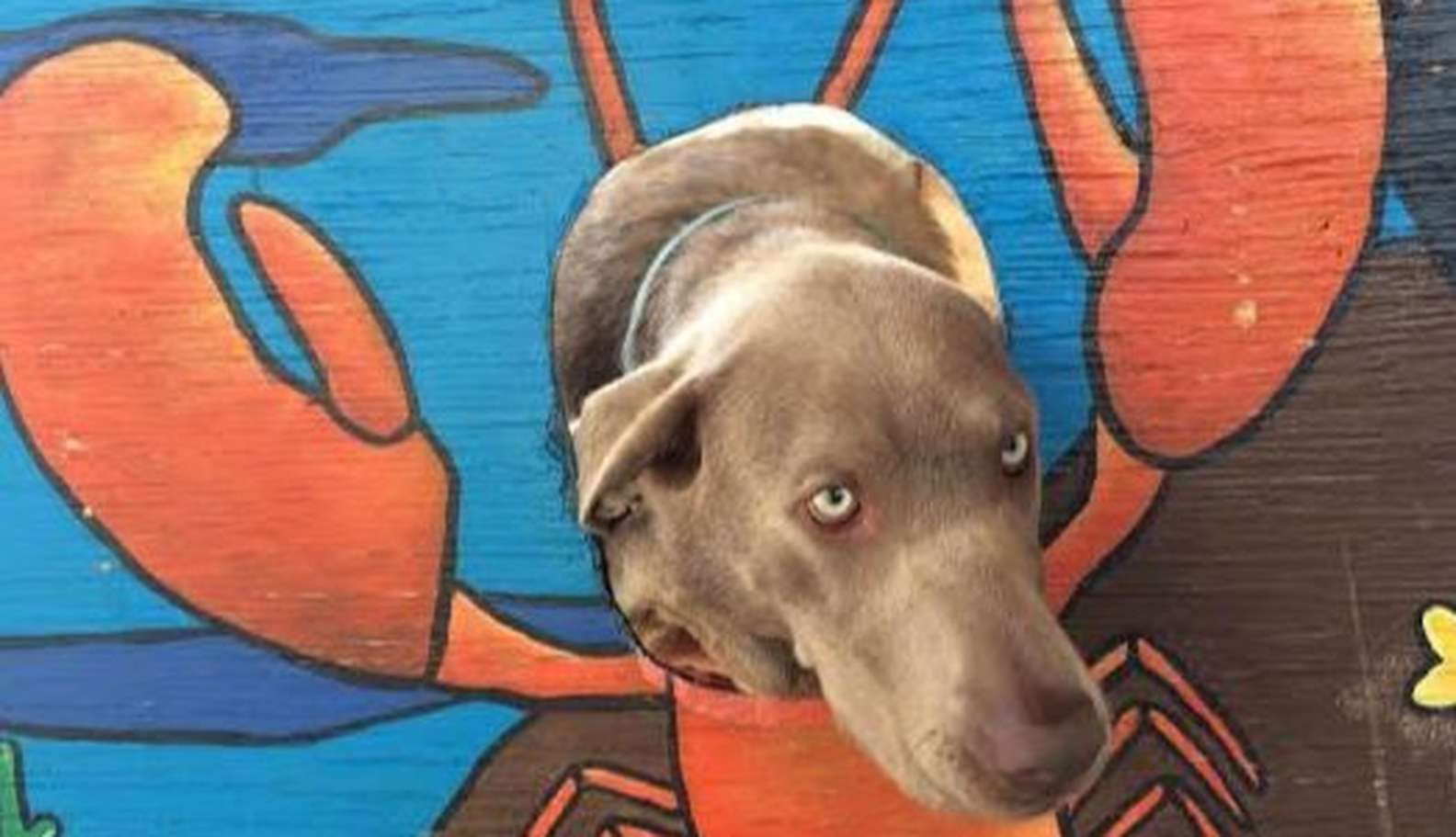 A crowd gathered and tried to get Nellie’s attention, to no avail.

By the time Adam Parker arrived on the scene, her owner was frantically calling the local yacht club hoping someone might pick up her dog with a boat.

‘I overheard a guy saying that Nellie had been swimming for close to an hour, and that people were calling the yacht club looking for help,” Parker, who had been walking his own dog, Otis, tells The Dodo. 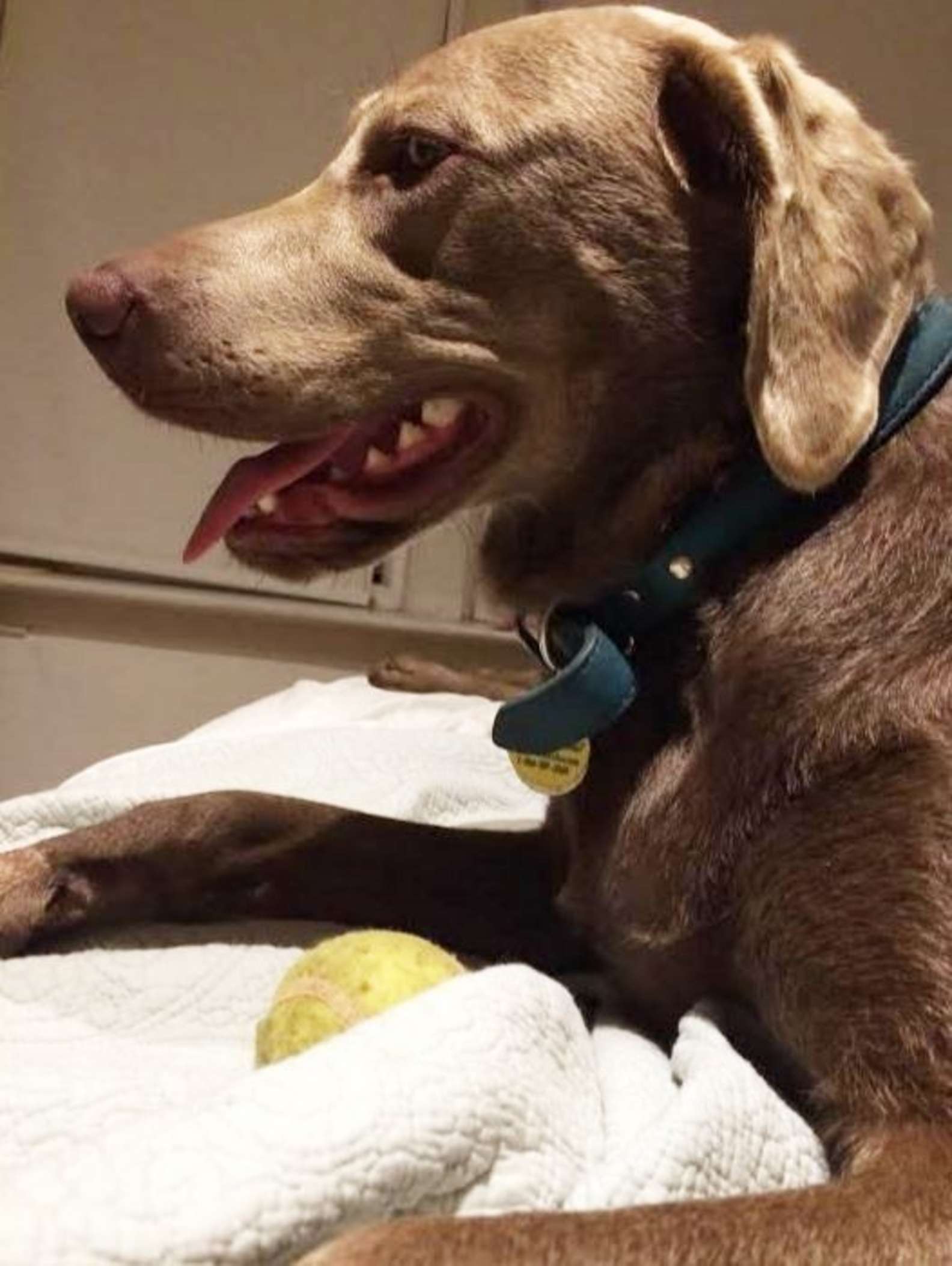 Parker, who is also a paramedic, didn’t hesitate to leap into the water.

“I would not have been able to live with myself if I had been standing there and watched Nellie drown,” he says. “So I made the choice to go after her.”

When Parker reached the dog, she was out of breath and didn’t seem like she could stay above the water much longer. Parker took Nellie by the collar and directed her toward the shore.

“I had to do that twice until she stayed on track and I just followed her in,” he recalls. 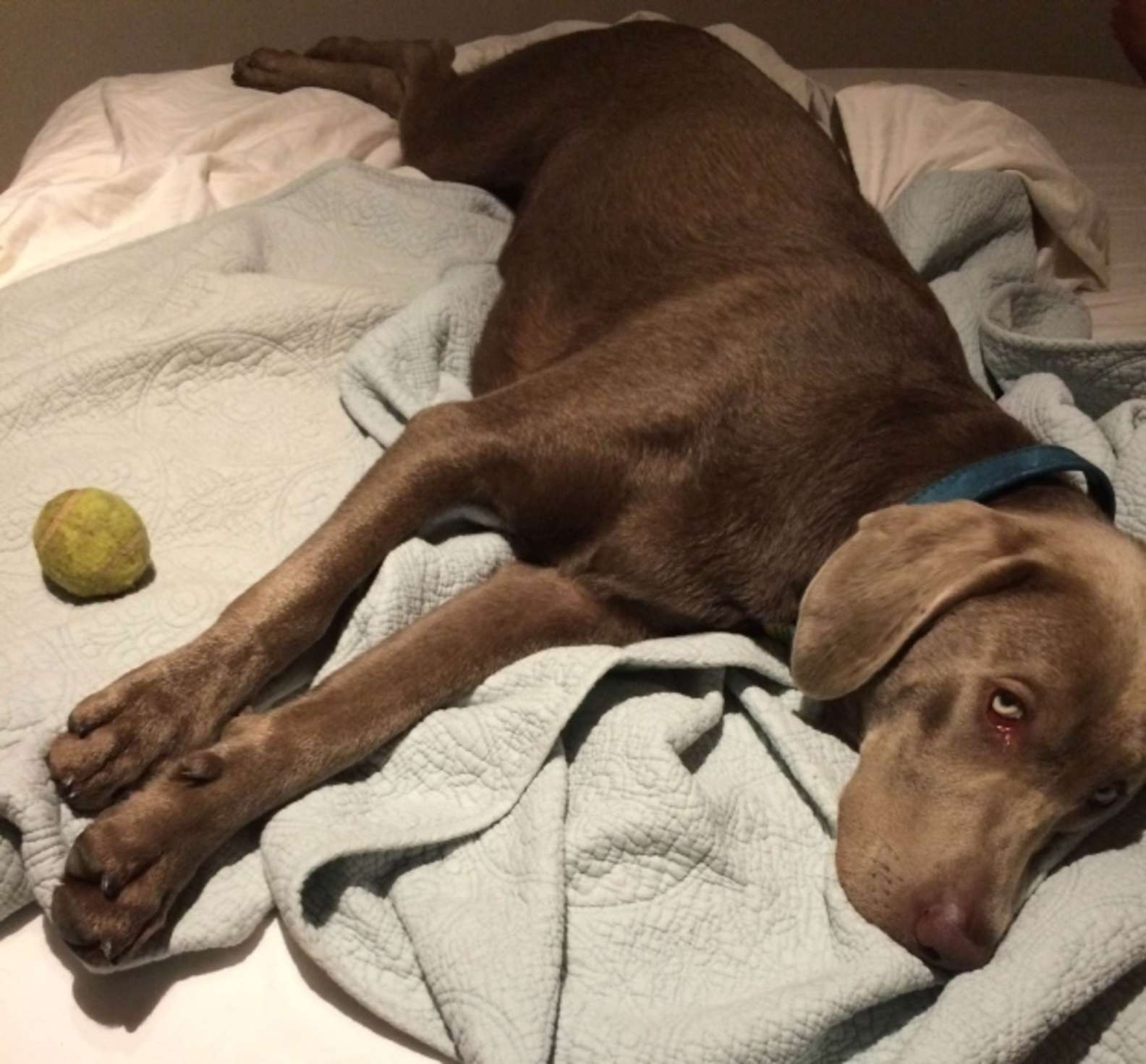 Once the pair were back on dry land, Nellie finally dropped the ball she had been clinging to the whole time. And covered Parker in kisses. 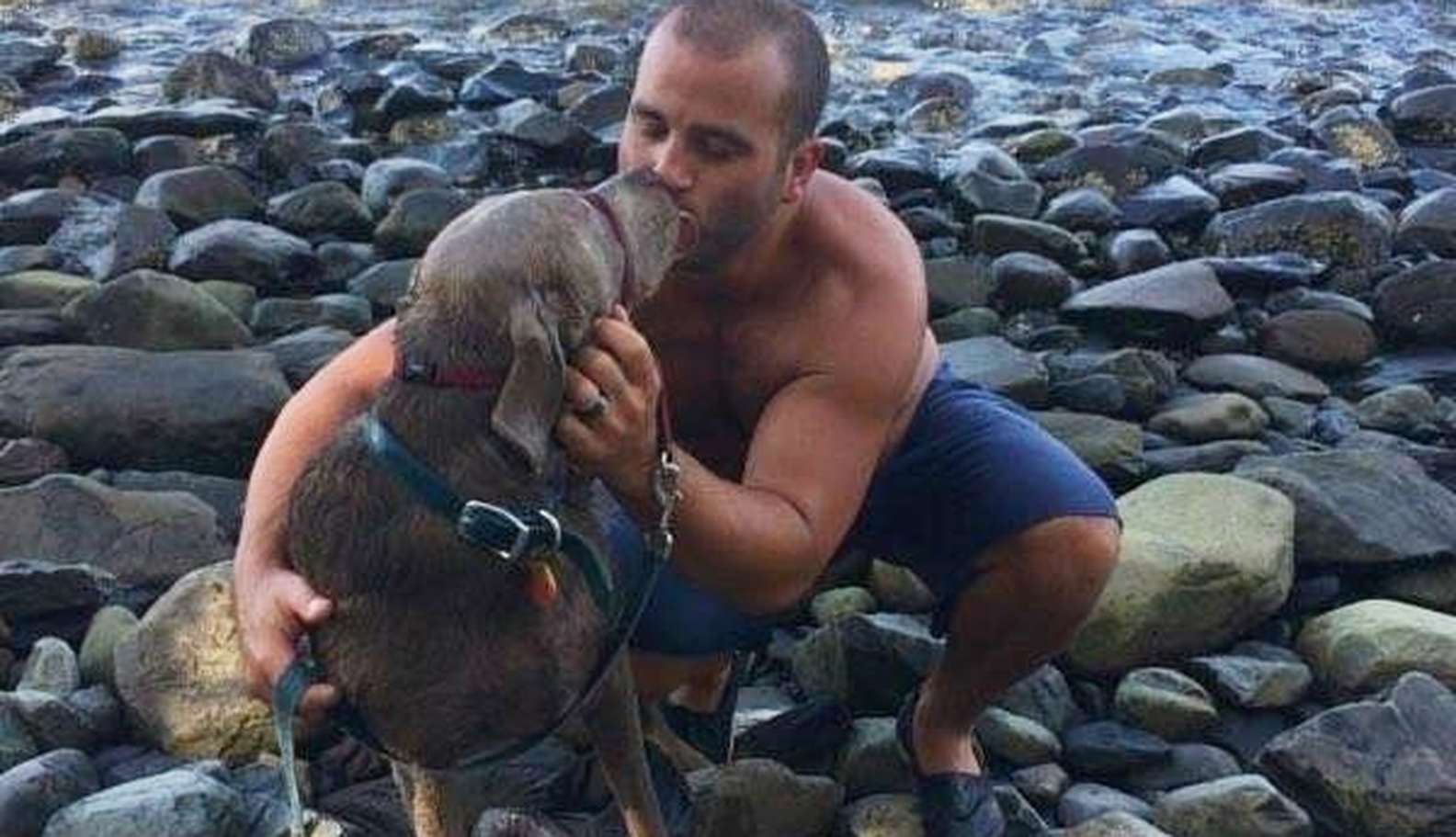 “She seemed pretty grateful,” he says.

And she wasn’t the only one.

“I really think she wouldn’t have made it,” Delong says. “It’s really amazing. I’m very grateful.”

Besides being exhausted, Nellie was no worse for wear from her nautical adventure. Even a little proud.

“She didn’t drop her ball the whole time,” Delong says. “She was proud of herself, I think. She might have thought she was chasing it, but it was in her mouth the whole time.”