Last week, while aboard a crab-fishing boat off the coast of Labrador, Canada, Mallory Harrigan and her colleagues noticed something unusual. There, about 4 miles from shore, was a rather sizable mushroom-shaped iceberg — and it had an unwitting passenger stranded atop it.

“We thought it was a baby seal,” Harrigan told The Dodo.

But then they got a closer look. 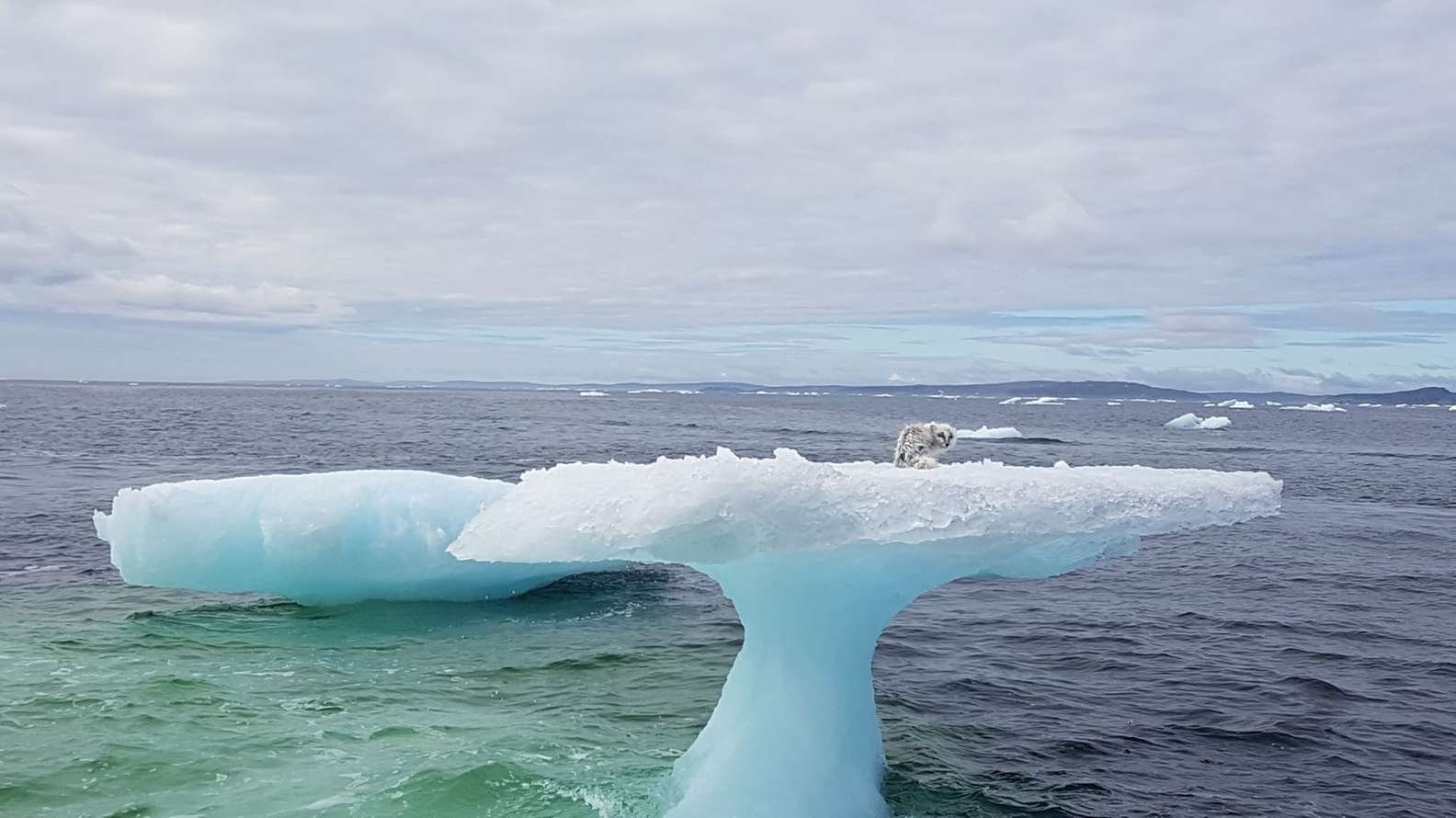 Turns out, the animal riding the iceberg was not exactly a seafaring species.

It was an Arctic fox — and he was in real trouble. 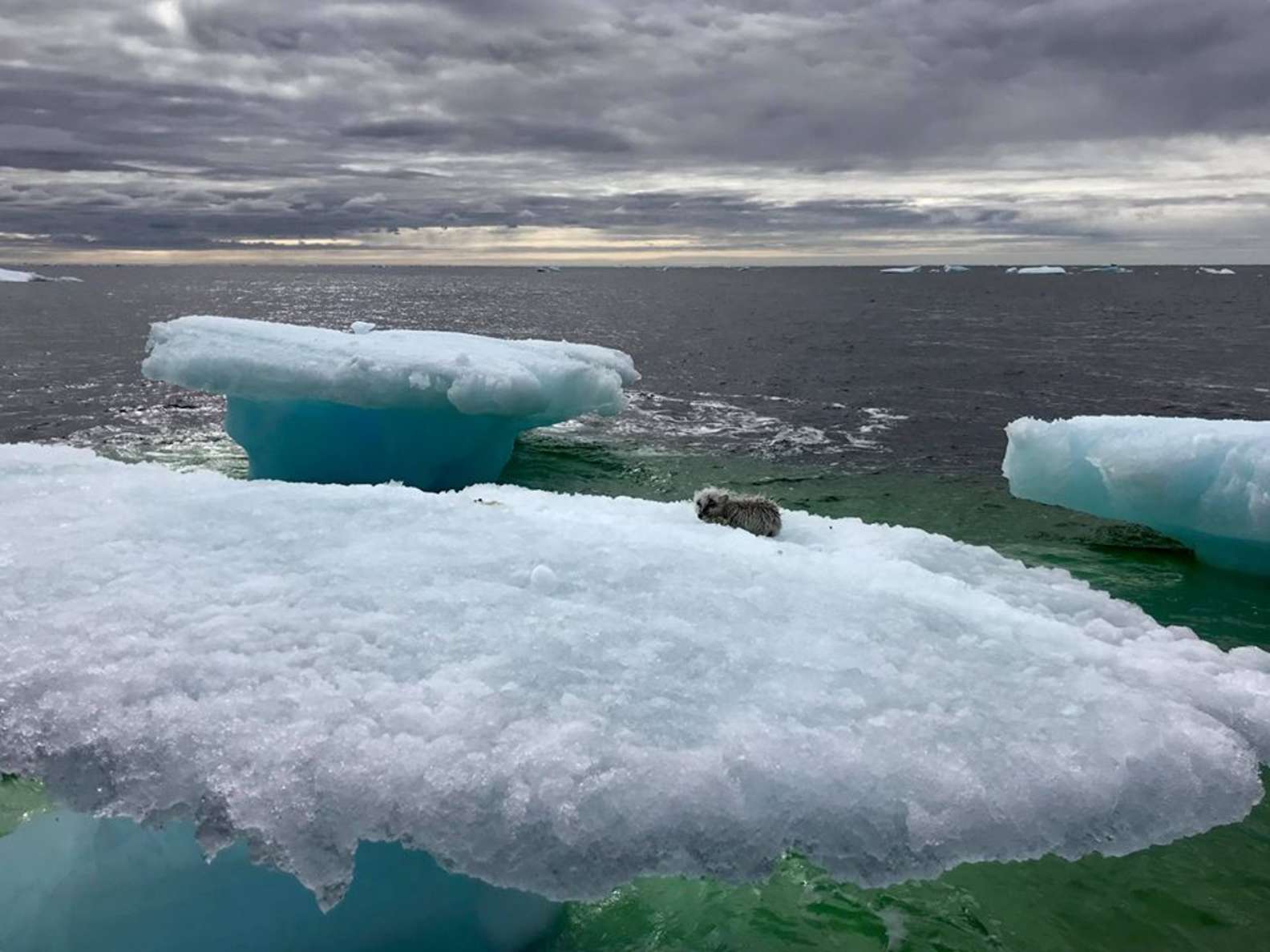 Rather than leave the fox to face the grim fate that awaited him, Harrigan and her colleagues decided to try to help. They pulled up alongside the iceberg in their boat, and wrangled the frightened castaway to safety.

“We were able to get him aboard even though he fought it,” Harrigan said. “We knew we were his only chance for survival, as the winds had changed and were driving all the ice farther out to sea.”

While the fox had good reason to have given up all hope, hope was now restored. 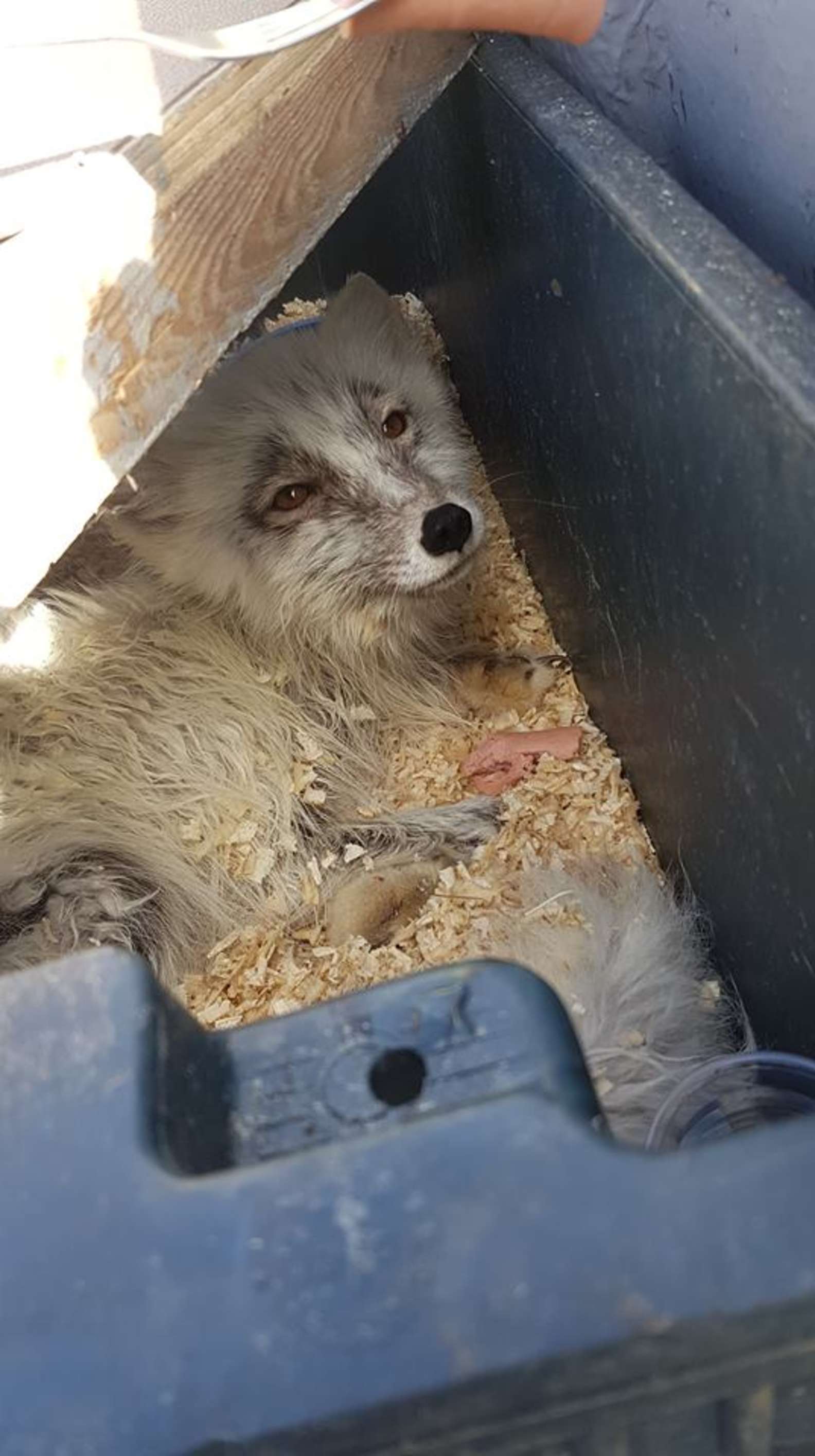 Harrigan and the other unlikely fox rescuers quickly cobbled together a little bed aboard their boat and offered food to the exhausted animal so he could regain his warmth and strength.

Then they began the journey back to dry land together. 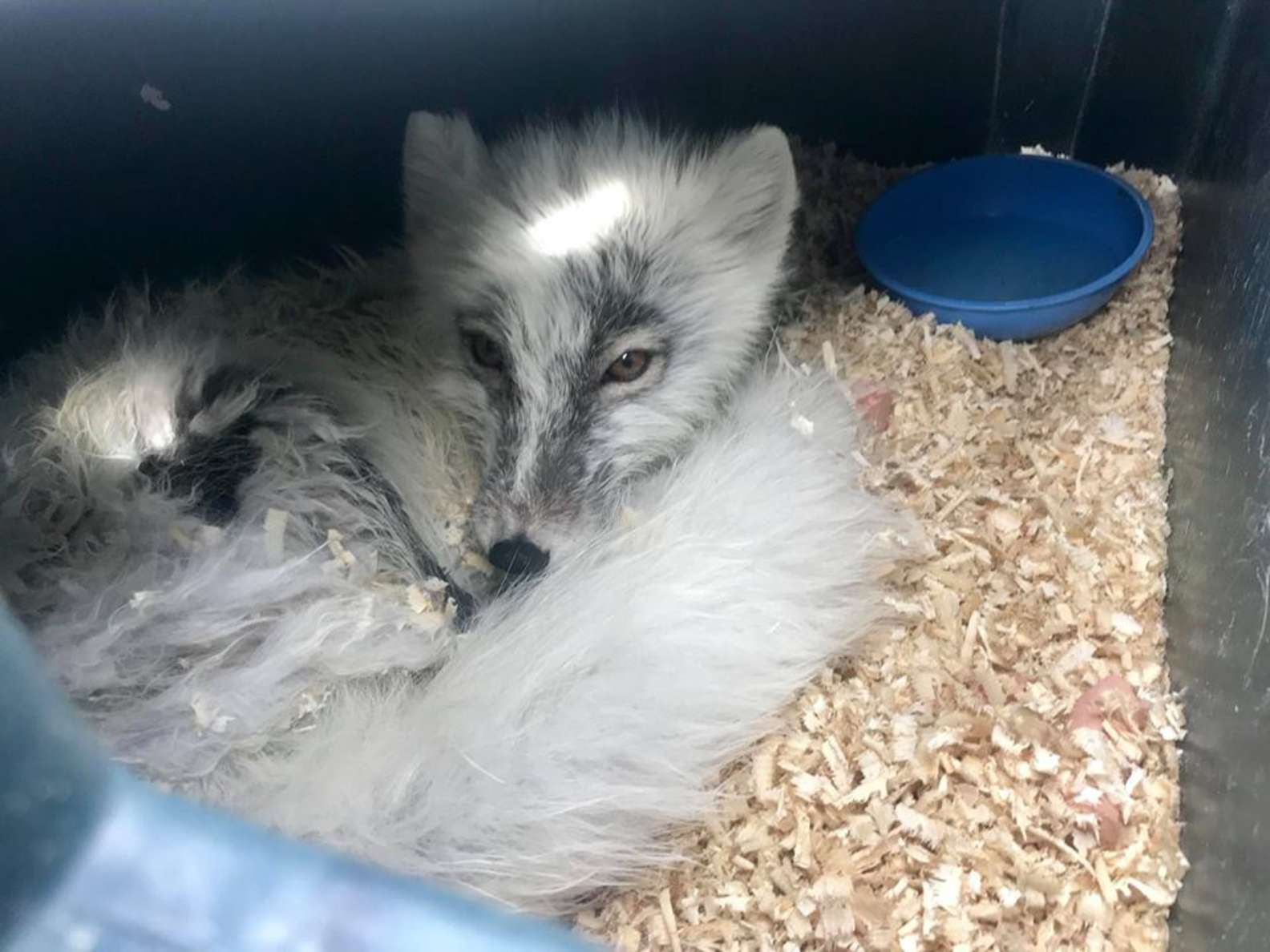 Once back to the harbor, Harrigan and the crew gave the fox a few more morsels — and then they set him free.

“We dropped him off in an old doghouse,” she said. “He shook himself off and that was it!” 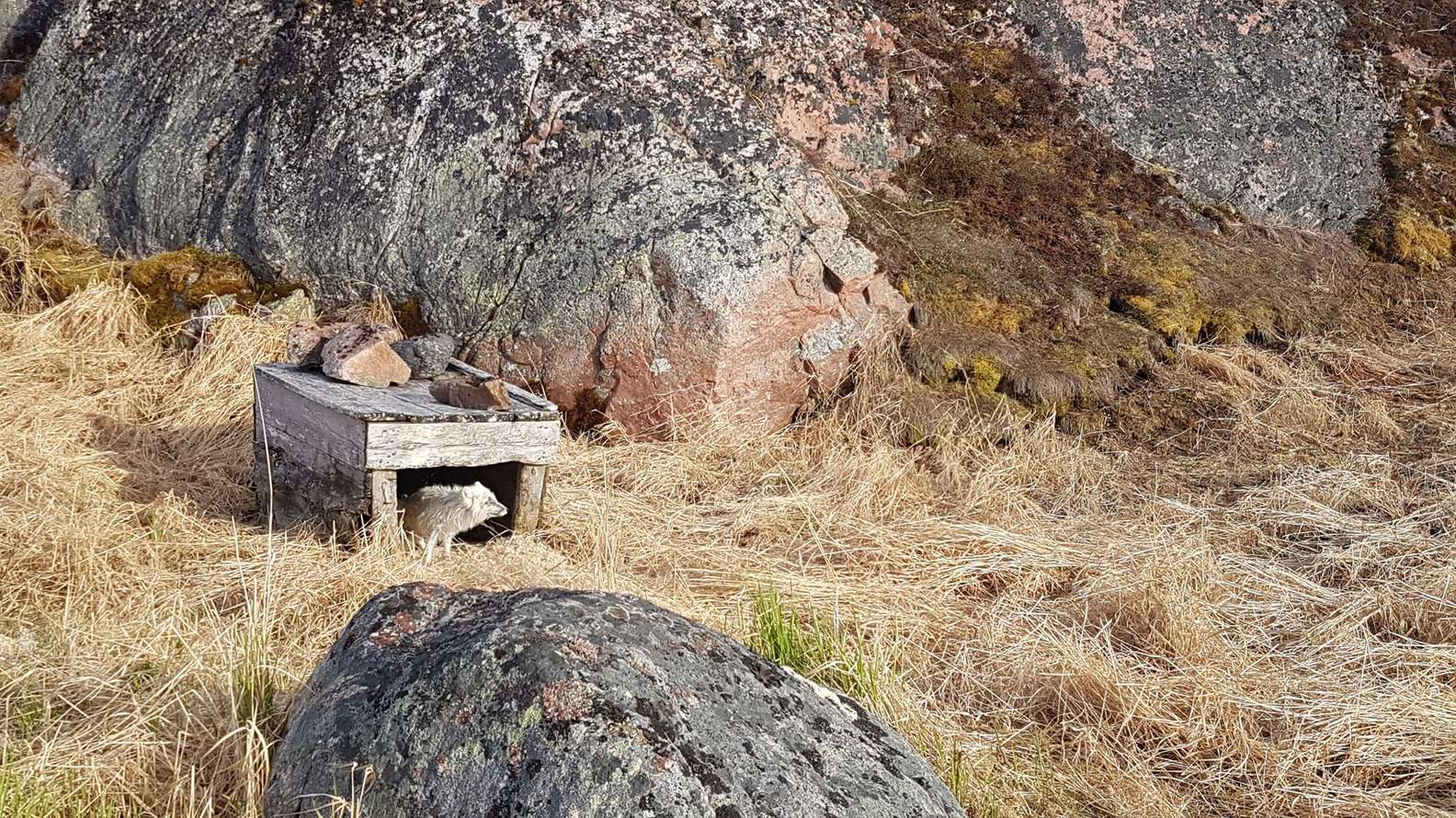 It may have only taken a few minutes for Harrigan and the others to go out of their way to rescue the fox, but that simple act of kindness changed everything for him.

“We’re glad to have saved an animal,” Harrigan said, noting the fox seems to be doing well, and appears occasionally to remind his rescuers of the life they saved. “We can still see him from time to time!”