Dogs are just like humans, they need love and care. It breaks our hearts when seeing stray dogs who try to fend for themselves on the streets, and sometimes we feel so sorry because we can hardly do anything to help them. But there are always tender-hearted people who can do everything to give these poor creatures a second chance. 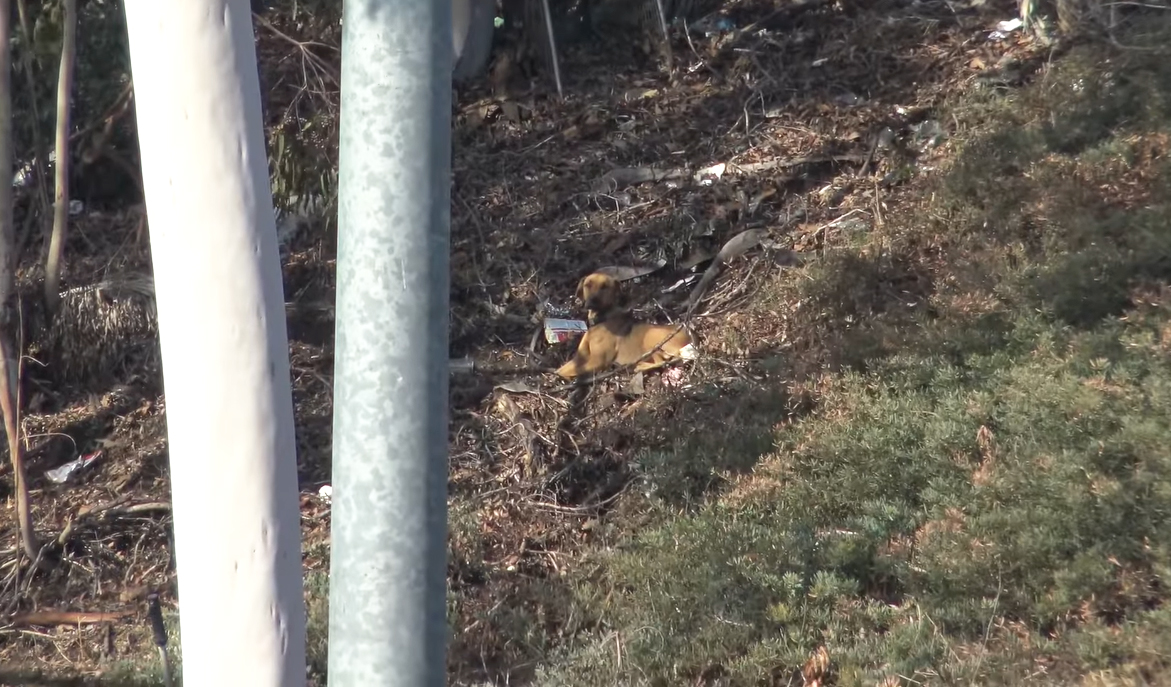 Someone spotted a stray dog living by the freeway, and immediately texted Hope For Paws. The team didn’t hesitate to come to the place and saw a sad dog lying there. When they tried to approach her, the dog seemed to be too scared that she constantly barked at the rescuer without noticing the food they brought to her. She started to run so fast so the rescuer lost track of her. They attempted to look for her for about an hour, but to no avail. Therefore, they left the area and hoped that the dog would turn back. 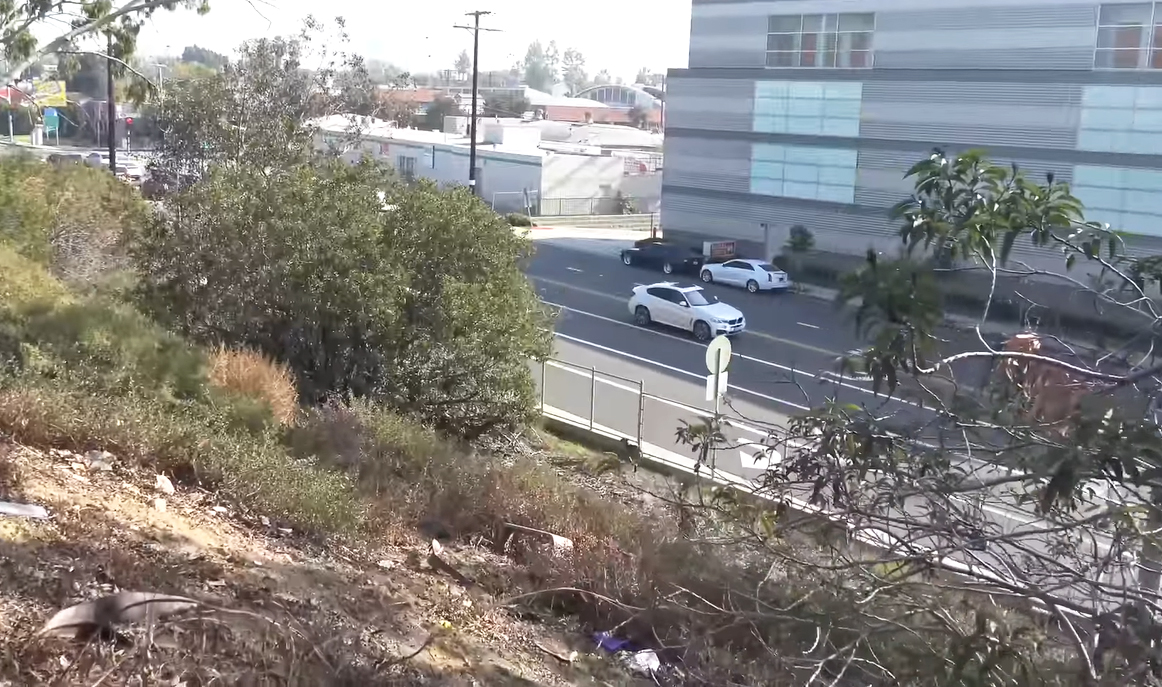 And two days after, she really appeared! This time, the team decided to make an elaborate plan to rescue her.

They had a hard time earning the dog’s trust. It might because she was abandoned in the past so she couldn’t believe in humans anymore. She just kept running around and didn’t allow them to get closer to her. The team tried their best to calm her down, and finally, the dog started to receive their treats. She hadn’t had food for a long time, everyone could see that through her skinny body. 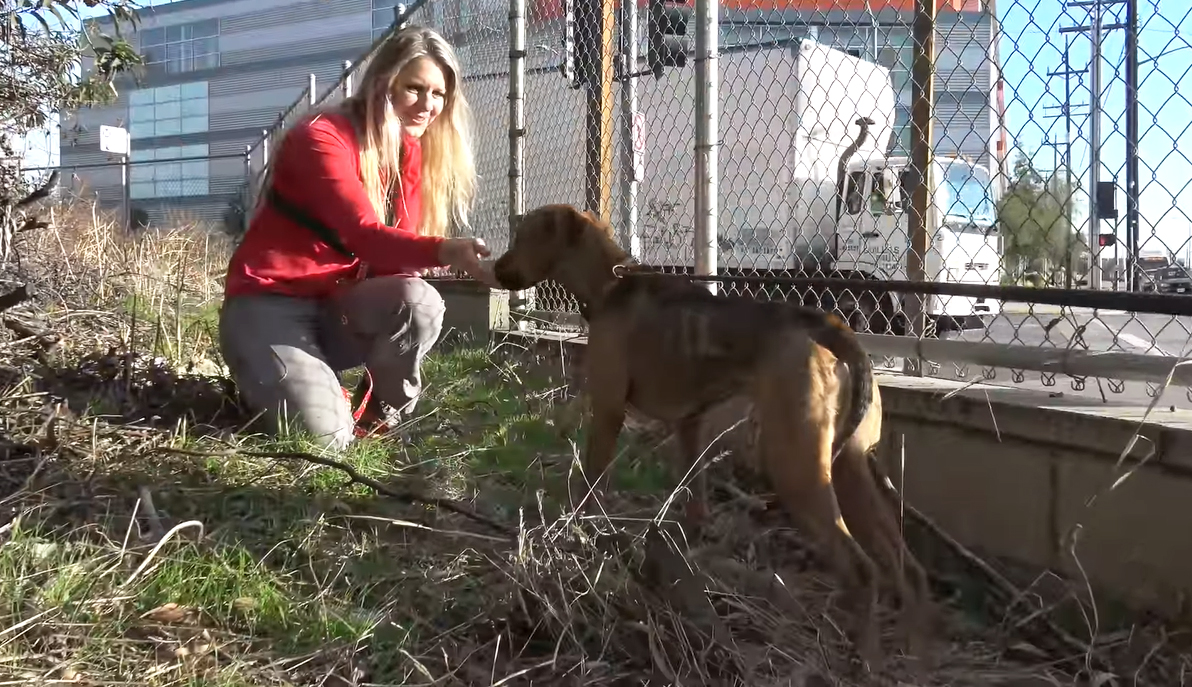 Eventually, with a lot of effort, the team could take the dog to their car. They named her Hanako, and took her to the hospital where they learned about the story through her microchip. 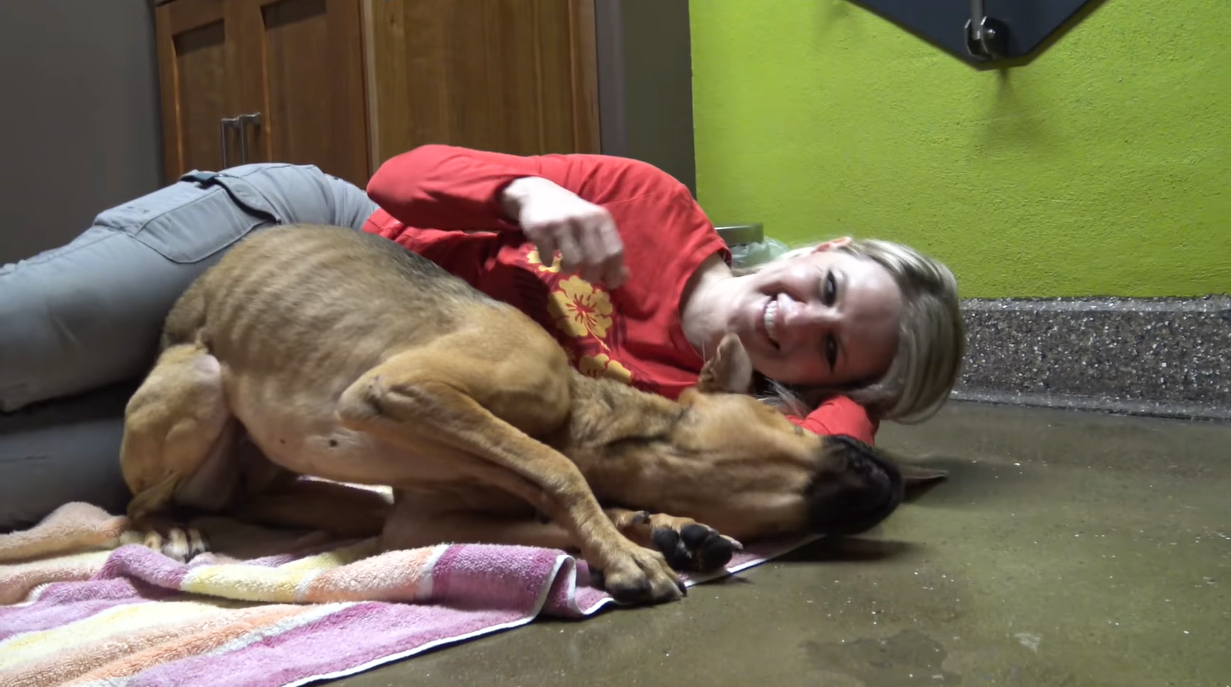 Watch the video below for more details:

Hope For Paws’s friends at L.A. Animal Rescue offered to take care of Hanako, and they helped her gain some weight. Wonderfully, two months later, Hanako found her forever caring home. She got a new name Luna, a new friend to play with, and parents who gave her the love that she deserved. 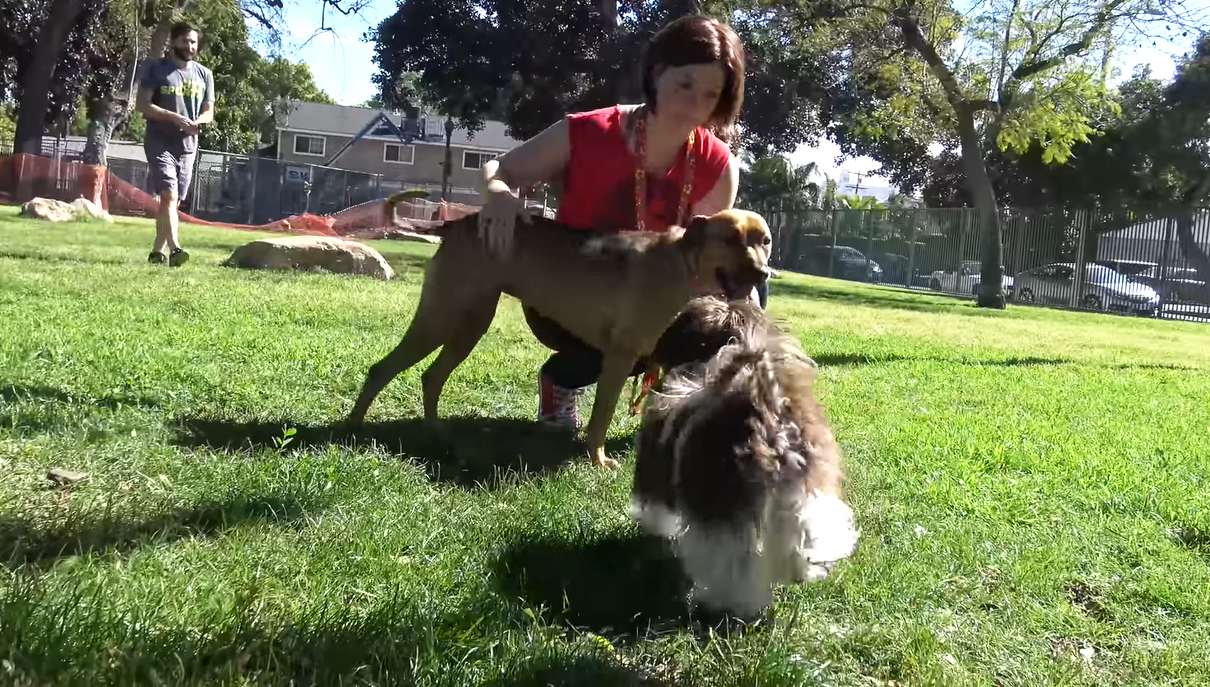